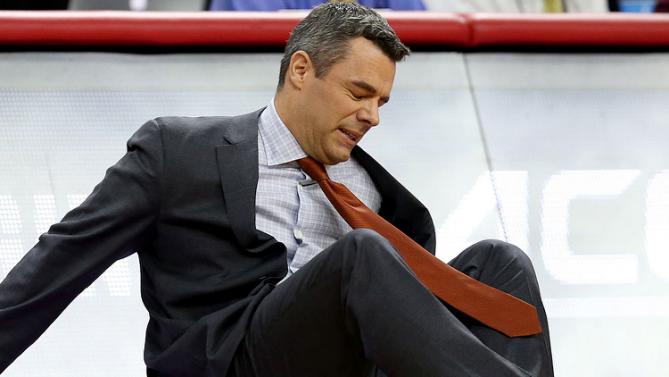 Number one seed UVA beat Hampton today, 81 to 45 in the NCAA tournament.  UVA Coach Tony Bennett (yes, Tony Bennett) collapsed during the first half of the game.  He returned after halftime saying,

“I feel fine. I think I was just crouched down and was a little dehydrated and I blacked out a little bit … but I’m okay,” Bennett told a truTV commentator going back into the second. “I was crouched down and I think the blood went to my head too fast.”