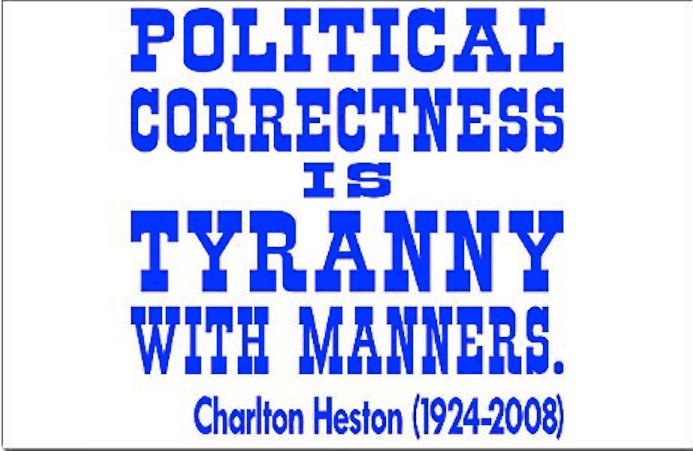 13 Ridiculously PC Moments on College Campuses.  From the National Review, politically correct moments you won’t believe happened.  At Swarthmore College it was deemed to be sexist if you say anything critical of pumpkin lattes, leggings, Uggs, and Grey’s Anatomy.  At the University of New Hampshire the word American was found to be ‘problematic’.  University of Illinois at Urbana declared a room full white people to be a microaggression.  People can die earlier because of microaggressions, according to Harvard University.  At the University of London certain words are deemed to be violent, words like whitewashed and skinny.

It’s hard to believe parents across the country are paying $60,000 a year, and more, for this nonsense.

See all 13 of these crazy PC moments here.