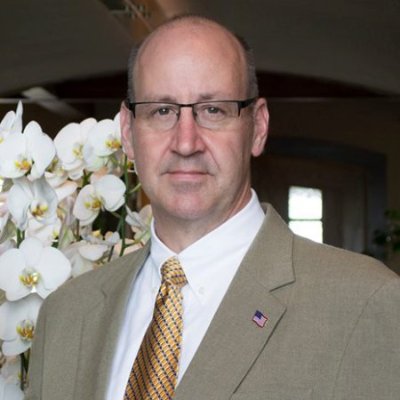 GOP unit chairmen and women gathered in Bowling Green today to deliver reports to 1st District Chairman Eric Herr regarding ground operations on behalf of Donald Trump. I have to admit, I was pleasantly surprised with what I heard. Instead of hearing the customary complaints about RNC/RPV Victory Programs, I heard nothing but positive remarks about regional field directors: specifically Scott Ryan Presler and John Vick. Unit Chairmen remarked on the help they were receiving with prepared walk books and help with door knocking.

One Unit Chair did mention that they were without a regional field director and were forced to make due, but that was certainly not the common condition.

Most of the unit committees were desperately seeking help finding signs and Trump gear. They simply cannot keep up with the demand. However, instead of hearing endless complaints about an inability to access signs and gear at affordable prices, Caroline County Chairmen Jeff Sili had already brought forth a solution to the Trump gear problem, courtesy of life long Republican activist Suzanne Obenshain. If you are struggling to find Trump gear, contact your closest 1st District Committee – the solution is out there (and at reasonable prices).

After the meeting, Eric Herr and others rushed up to Fredericksburg, Virginia to volunteer for Donald Trump’s event at the Expo Center. I had the opportunity to speak with a number of chairmen and representatives from the 1st District, as well as David Abbey, who was present on behalf of Congressman Rob Wittman. There was a general feeling of satisfaction and purpose, not disappointment, with regard to our ground game in Virginia.

I was personally pleased with the attitudes of everyone present. New Kent County Chairman Mark Daniel gave a rousing speech about the importance of the 1st District giving Donald Trump nothing less than their absolute best and was received with great enthusiasm and applause.

As usual, factional bickering was conspicuously absent as everyone was focused on the task at hand.

My impression – Don’t count Trump out in Virginia. While Hillary bails on Virginia, Trump keeps coming back to the Commonwealth, continues to draw large crowds, and is finally demonstrating an ability to stay on message. The 1st District Republican Leadership is 100% behind Donald Trump without any equivocation or dissent.

The unit that said they didn’t have a field director has John Vick his cell is 202-725-1506 and email [email protected].
If you have any questions he is great at getting back to you very quickly.

If you are struggling to find Trump gear, contact your closest 1st District Committee – the solution is out there (and at reasonable prices).

Hello? Boing? Trump gear shouldn’t be “at reasonable prices”. 78 days from the election, it should be free flowing… and free.

“Trump gear should be free flowing… and free”
Not in this campaign.. Yard signs, bumper stickers and door knockers comes in free and not much of that either. That is it for now. I have been buying Trump gear with my own money to help out the local campaign headquarters. When one does not take money from special interests, Soros, or Muslim oil money; you learn to live on a tight budget.

Is it logical to believe that people vote for a candidate because of a bumper sticker, sign in the yard, or button?

The money spent by the other 16 Republican candidates proves that you cannot purchase the White House.

I haven’t met John Vick in person, only via phone, but I can say he answers every phone call and email w/in hours. I don’t know how he does it. A nice guy and seems to work very hard.

John Vick is one of the best folks working for the Party. If you are lucky enough to be in his district, good for you. 🙂