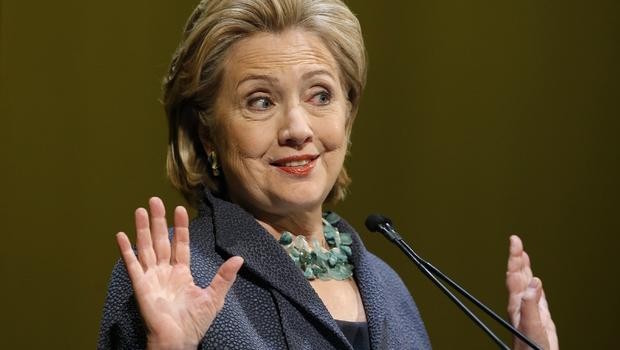 Through my nationwide contacts in the Election Integrity space, I have pieced together several new approaches to voter fraud that have been assembled by the Democrats. The approaches were developed and tested over the last several elections and are now ready for deployment during the 2016 election to make sure their candidate wins the White House.

We are not talking about the standard layer cake of voter fraud techniques that have been uncovered in the past. Such techniques will continue to be used such as:

• Harvesting votes from nursing homes and rehab centers, where advantage is taken of marginally competent patients, who are told that if they don’t vote for the Democrat candidate, the Republicans will take away their Social Security and Medicare benefits. These were the instructions given to SEIU members at a meeting in Zion Crossroads where those attending the meeting were told to be sure to get jobs in nursing homes prior to the 2012 election.

• Encouraging students to vote twice, at home using absentee by mail and a second time at school. This is of course after they paid the student to register by giving them an unregistered and untraceable paid gas, meal, or gift card. This incident was mentioned at an Executive Committee meeting of the Virginia Republican’s Women Clubs.

• Carousel or ghost voting that occurs in states that do not have the courage to require photo identification to vote.

• Encouraging non-citizens to register and vote because few, if any, states require any proof of citizenship or residency when registering. A recent article mentioned that California has about 13% of the non-citizen population voting and this percentage is bound to increase with changes Gov. Brown has approved such as no longer requiring U.S. citizenship to obtain a driver’s license.

• Using voter registrations of people that have died or moved out-of-state to request a mail-in absentee ballot, which is particularly easy in Virginia and many other states since no photo identification is required with mail-in ballots. It was reported to me that prior to the 2012 Presidential Election all Voter Registration Cards were re-printed and mailed at the request of then Gov. McDonnell. When the post office could not deliver the new cards, they were dropped on the floor of the apartment’s common area for anyone to use. Those cards are still out there and can be used to vote absentee by mail in the coming election.

NOTE: Virginia’s Commissioner of Elections claim that persons requesting Absentee Ballots must know the last four digits of the voter’s Social Security Number and therefore such requests are secure. Nothing could be further from the truth. With 31 million American’s records being hacked, SSNs are readily available from commercial data providers or the dark web. Plus the law does not require voters to reveal their last four SSN numbers, and when they do, voter registration officials have no incentive to verify them.

Couple that with the Virginia SBE ruling that a typed name can serve as an electronic signature and the voter fraud layer cake is complete.

Also, let’s not forget the “same day register and vote” capability provided in some states (not Virginia). North Carolina is still looking for over 5,000 voters who registered and voted in the 2012 Presidential Election using bogus addresses.  And last, but not least, is the newest form of fraud, where Oregon and Colorado provided mail-in ballots to everyone registered in the state, only to find out that ballots are being sold for a six pack, a hit of cocaine, a bottle of Ripple, etc. Is anyone really surprised that active ballots are fungible on Election Day?

This list could be a lot longer, but even if this was complete, the Republican Party should be worried. It won’t make a bit of difference who gets nominated; there is a threshold of voter fraud that must be breached before any Republican can take the White House. Wisconsin Governor Scott Walker said in a speech, during his recall election, that he had to win by at least 3 percentage points just to negate the voter fraud in his state. Hopefully, recognition of the problem is the first step in solving it.

A major characteristic of the above list of voter fraud tactics is the difficulty in proving such activity in a court of law, especially in light of the tendency of Democrat Commonwealth Attorneys not to prosecute voter fraud. One of the left’s major talking points is “there is no voter fraud because there are such few convictions.” One has to agree with them, but it is not because voter fraud does not exist.

Virginia’s Election Laws are replete with gaps, vagueness, and legal requirements placed on Election Officials that have no penalties assigned for lack of performance. The current Democratic administration treats requirements as optional, suggestions or opens to interpretation.

The above list of voter fraud techniques is bad enough to make everyone concerned for open and honest elections but there is a new technique on the horizon that will be implemented during the 2016 election cycle to ensure that the Democratic candidate wins the election.   It involves the mail-in ballot, the vehicle of choice for the Democratic Party since no photo identification is required, but with a new twist.

BTW: George Soros has been funding a series of legal challenges in Federal Court regarding all states that have passed a photo identification law to vote. Virginia’s law was recently upheld by the Supreme Court.

To encourage voters to vote absentee by mail, the new approach is to pay the voter for his vote, which is illegal, but probably difficult to identify and even harder to prosecute.   The absentee ballot is not only easier for the fraudster to control, but it shows proof that the voter is voting the “right” way before payment is made. Below is an outline of the steps and actors involved in this new voter fraud scheme:

1.  The financial underwriters of this scheme are labor unions, SEIU and AFL-CIO, as the usual suspects, who will provide the necessary funding for this to work.

2.  Willing accomplices are cashiers, stock persons, and clerks in unionized stores like grocery, pharmacy, and department stores as well as labor union members.

3.  These groups will collude to purchase multiple gift cards per person from these stores, such as Walmart, Target, local grocery and pharmacy stores. Gift cards are untraceable, especially if purchased with cash, and can be transferred between states as needed.

4.  The gift cards are also given to union members as a reward for purchasing multiple cards.

5.  The cards are passed along to “voting coordinators” in concentrated residential areas, such as Section 8 housing sites, whose job will be to recruit voters willing to sell their vote and to apply for an absentee mail-in ballot to be sent back to the voter or where ever the coordinator designates.

6.  The local board receives the absentee ballot request, made even easier here in Virginia since the Department of Elections allows for an electronic signature on the form simply by typing the voter’s name. (Nothing could be easier or more prone to fraudulent requests, as it is impossible to confirm the voter’s signature.) See the bullet above about SSNs not being secure.

7.  The voter’s ballot is then sent by the local electoral board to the designated address, not necessarily the address of the voter.

8.  Once received the “Vote Coordinator” contacts the voter to schedule when the two will meet and mark the ballot. The coordinator knows that the ballot was mailed to the voter because the local board notifies each political party as ballots are mailed. How convenient!

9.  When the ballot is marked “correctly” and ready for mailing, the “Vote Coordinator” gives the gift card to the voter and takes the envelope containing the ballot for mailing with all other ballots the coordinator has collected.

So there you have it! If you need 10,000 votes to swing a state election in your favor, for $25 per vote or a total of $250,000 you can make it happen. This is chump change in the Presidential political world. Especially, when it is so easy to do and impossible to trace and prosecute.

The best way to stop this approach is to plant “friendly” voters in centers that are the targets for this type of fraud. By creating a formal sting operation, especially in battle ground states, the fraudsters might think twice about from whom they are buying their votes.

NOTE: There is a new approach in the germination stage that will allow the gift card approach to work for in-person voting, too. There is a lawsuit going thru the Federal courts to allow a voter to take a “selfie” picture with their cell phone while voting, showing how their ballot is marked. The lawsuit is done under the guise of a First Amendment right of free speech. Guess what! The selfie becomes the proof needed for the voter to confirm to their handler that they voted and voted “correctly.”   The gift card is then forthcoming.

Republicans need to pull their head out of the sand and become active at the local level in elections. Serving as Election Officers or as Auhtorized Representatives (Pollwatchers) we can at least ensure that voting on Election Day is done according to the law. I am told that Election Law was not followed, mainly photo identification requirements, in precincts where Republican Election Officials and Authorized Observers were missing. Contact your local Republican Committee or local Election Board if you are interested in volunteering.

Other fixes, for the vagueness, gaps, and lack of penalties when Election Law is ignored, can only be fixed by our Virginia General Assembly. Some of the changes needed require funding and political will to ensure open and honest elections. Kansas and Arizona went through a rewrite of their Election Law to clear up their problems.   My hope is that Virginia establishes a blue ribbon commission that reviews our Election Law and takes a systematic approach to close gaps, eliminate vagueness, and prescribes penalties for not following the law.

When combined with the other layers in our voter fraud cake and several other approaches such as negating the Electoral College by adopting the National Popular Vote to assign electors, the Republican Party will not be winning any Presidential Elections in the near future.

Be that as it may, the Republican Party appears to have adopted an attitude of willful ignorance when it comes to voter fraud. In Fairfax County, Virginia we have a shortfall of over 300 Election Officer Volunteers for major elections. In the 2015 election, we had 10-15 volunteers for poll watching duty to cover 230 precincts. Please use the comment area of this article to provide ideas on how to stop voter fraud in Virginia.

A reminder to voters, please do not go to sleep just because we have a watered down voter identification law. As you can see, there are still dozens of ways for criminal enterprises to steal elections.