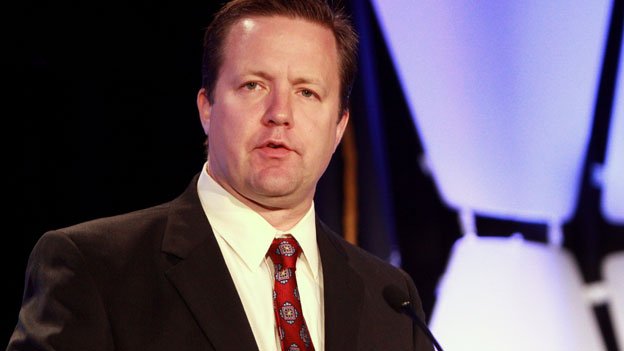 The 2017 Governor’s Race Has Begun

Two major events have set the stage for next year’s Republican gubernatorial race this week.  Donald Trump captured the GOP nomination, unofficially, on Tuesday with his smashing victory in the Indiana primary. This victory launched his state chairman, Corey Stewart, into the forefront of Virginia GOP politics.  Corey has been sniffing around Richmond for a while, having run for Lieutenant Governor in 2013 and finishing third. After he solidified his grip on Prince William County last year, Stewart jumped on the Trump Train early on and has been one of its most forceful statewide spokesman.

Stewart announced this week that he will be running for Governor, and with Trump’s statewide plurality and the added gravitas of leading that campaign, he’s a real candidate.  With Ken Cuccinelli confirming that he will not be running for Governor again, Stewart can work on consolidating the anti-establishment forces – although after the last convention the factions within the state party resemble Westeros more than your generic establishment vs. tea party divide.

The second event is the savvy Ed Gillespie has announced he will endorse and campaign for Trump, seeking to blunt a potential hammer to be used on him.  Gillespie, who came so close to unseating Mark Warner, is by far the favorite among the establishment of the party.  But Gillespie did a great job in 2014 of reaching out across the party and has skillfully tip-toed through our intra-party minefield.  The third candidate, Rep. Rob Wittman, also said he would support the presidential ticket.  Neither seem excited about it, but both have the foresight to understand how detrimental embracing #NeverTrump might have on their bids.  This year Virginia had both a statewide primary won by Trump and a state party convention where the highest profile race was won by an arch-conservative lawyer from Texas beating the wife of Mark Obenshain for National Committeewoman.  The natives are restless, and I’m sure Gillespie and Wittman took note.

Whether Trump wins or loses, the 2017 Virginia race will be our first chance to see what lasting impact his nomination has on the party moving forward.  Whatever you think of Gillespie, he’s got a sharp political mind and how he (and, to a lesser extent, Wittman) handles this will be a blueprint for candidates moving forward.  The next phase will be what happens with State Central and whether they go for a primary or convention.  There was supposed to be a “deal” for a presidential primary in exchange for a 2017 convention, but “deals” like that are generally nonsense and if anyone feels betrayed if 2017 goes primary, I’ve got some oceanside property in Roanoke to sell you.

The interesting turn will be what Corey Stewart does, because if I’m him I would really want a primary, especially with three candidates (for now).  I could easily see an alliance of Trump and Gillespie supporters outmaneuvering the tea party contingent set on a convention and voting for a statewide primary.  The candidate with the most to gain with a convention is Wittman.  He’s generally well-liked but doesn’t have a huge statewide name ID so a convention with a much smaller universe and two candidates who really divide the party could be a perfect place to win on a later ballot as everyone’s second favorite candidate.  After all, that’s how he became a Congressman in the first place.

The only other question left is if someone fills the Tea Party swimlane with Cuccinelli now out.  Ted Cruz had a very impressive list of local conservative and tea party activists committed to him, but the biggest elected name is Sen. Bill Stanley.  Could there be another name looking to get in?  There is definitely enough room in the pool for a fourth.  What if a young conservative favorite like Del. Ben Cline jumped in, or maybe any number of DC political professionals who live in the Commonwealth and wouldn’t mind giving it a try, just like Gillespie did?

Corey Stewart works to gain the vote of both Democrat leaning and Republican voters. He would be a great candidate. It would be a wonderful opportunity to also elect a smart talented women – Jill Vogel to Lt. Governor.

This all will be seriously impacted based on the final outcome of the 2016 Presidential election. If the Democrats defeat Trump with the aid and assistance of the #NeverTrump crowd, any 3rd party potential vote, or just the plain stay at home Republican clique (regardless of whether they are willing to accept this reality or not) then the Democrats will have a largely unbreakable grip in my opinion on not only the governorship but potentially several vulnerable House slots and of course their already existing Democratic Senate seats. Result, yet another ratcheting up of Virginia toward a full blown blue political state at the national and local electoral level. Throwing the RPV’s gubernatorial candidate de jour Ed Gillespie at this electoral buttress will accomplish little more then create an interesting stain mark. As for the standard cast of Virginia existing “conservatives” not even a realistic possibility or to misquote Darth Vader in Star Wars “the self-deception is strong among those”.

If Trump takes the WH card then all bets are off as the RPV has build no bridges to the Trump team and Gillespie’s late conversion experience is going to look much like what it exactly is – political opportunism. The RPV’s recent state delegate convention which also rather unceremoniously produced a sharp slating stick in the eye to Trump’s winning presidential primary voting base will not likely generate an overly enamoured reaction from seeing the state’s Republican party establishment candidate propped up once again as their go to guy. Voter’s memories may be short but not quite that short. What will shake out of all this I have no idea except for real doubts that any of the “same ole, same ole” candidates will see much light at the end of the tunnel in 2017. Then of course there is what this all will eventually mean for the comfy electoral club environment down in Richmond. Maybe nothing but my guess a not.

I am a Cruz supporter, but I see Gillespie as the best choice for our purple state. He has character – which is lacking in our governor’s mansion right now – and understands people. I like him. I think he will do what is best for the state, which will be a new approach in Richmond.

And so does Corey Stewart have character – lots of it!

Corey has a lot of character as well but importantly he understands the complexities of governing. Corey has beat his Democrat opponents in PWC for Chairman by large numbers. PWC by the way is a majority-minority county.

Corey has also raised taxes more than all of the other statewide candidates combined. His record won’t stand the scrutiny of the statewide convention. He has a lot of skeletons in his closet.

could you handle a Corey-Shak ticket?

If that’s the nominated ticket, I would whole-heartedly — but I know you’re just trying to make me crack!

They would be flanked by President Trump and Vice-President Comstock!

The best team would be a Corey-Jill ticket. Both are intelligent, and have the experience in winning elections. Shak is all hat, no cowboy!

I too like Vogel, but I remain uncommitted at this point.

Jill wouldn’t dirty herself by associating with Corey. He’d have to beg Jill just to get a picture with her. As Corey’s boss would say, Sad!

Would love to have been a fly on the wall today at lunch between the speaker and Stewart today.