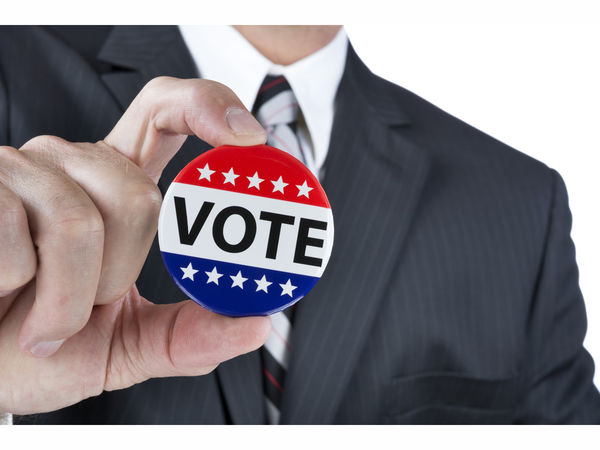 It all adds up to a nearly flawless track record! I’m right a whopping 96 percent of the time.

Finally, my predictions do not necessarily reflect my endorsements or my preference as a voter. It’s just my cold analysis.

Leave no doubt: former Congressman Tom Perriello has run a great race and put the fear of political Gods into the sleepy and scaredy-cat Ralph Northam campaign.

From his surprise Christmas announcement to his opposition to pipelines and his mocking of Virginia’s Democrat establishment, he put Northam on defense early. Northam has had to respond to Perriello by pandering in the worst way, including calling POTUS a “narcissistic maniac” in a recent television ad.

Perriello had 16,000 Facebook live viewers in a campaign talk from headquarters Sunday night. Perriello should win this race.

The Washington Post’s full-throated endorsement of Northam carries significant sway with undecided Democratic voters in Northern Virginia, and is, in my view, a game changer. Northam wins.

Perriello will be back. He is formidable.

Wow. What a difference a second statewide campaign in three years makes.

Ed Gillespie and his campaign manager, Chris Leavitt, have run a textbook flawless campaign. In sports terms, they’ve played mistake free ball. In so doing, their team has run up the score. This is a blowout. Gillespie should eclipse 60 percent in the three-person field. After losing two squeakers in four years (Obenshain ’13 and Gillespie ’14), Tuesday night is Chris Leavitt’s moment. He’s earned it.

Gillespie has put a huge and impressive Election Day ground game in place to buttress his significant airwaves financial advantage in the closing weeks.

State Sen. Frank Wagner has run one of the most principled primary campaigns in recent memory. He spoke his mind, he pandered to no one and he’s advanced some great ideas in this cycle, including his call for high school technical training standards for achievement. He’s passionately defended Dominion energy and the 2015 rate deal he brokered as Energy and Commerce Chairman.

Frank has come on my radio show every time we have asked, has taken calls from listeners and has been personally accessible on the campaign trail.

He deserves a better fate on Election Night. Although he’s closing, he won’t get one.

Fatigued after a bruising state senate re-election campaign in 2015, Wagner started too late in the cycle, never raised enough money to compete effectively with Gillespie and never put together a ground operation.

We look forward to working with Frank in the 2018 General Assembly.

Corey Stewart’s last television ad attacking Gillespie with the frontrunner’s head bobbing and eyes crossing was very clever – and very funny. I laughed the few times I saw it.

Stewart never put together the broad coalition he needed to compete, many Trump voters have abandoned him for various reasons and his obsession with civil war era statues is too narrow a platform to win a Virginia primary.

As the next coming of Jeff Davis, his campaign message never broadened.

Regardless of past Virginia voting trends, Gillespie has a shot in November. Here’s why:

The Democrats say their base is on fire, and they will turn out in November. No doubt.

But the untold story: so are Trump voters. They will turn out in huge numbers, too.

As bad as Virginia was for Trump in 2016, consider this: Hillary Clinton and Green Party candidate Jill Stein garnered 1,969,473 votes in the 2016 Virginia general election.

Donald Trump, plus Libertarian candidate Gary Johnson and Independent conservative Evan McMullin received 1,941,771 votes. That’s a 27,638-vote difference out of 3,911,244 votes cast, or a less than one percent differential.

Northam’s bizarre denunciation of President Trump in television ads may have saved his primary bacon, but it will arouse the wrath of Trump voters in November.

Justin Fairfax, after losing a barnburner primary race to Att. General Mark Herring in 2013, has never stopped running. He’s logged tens of thousands of miles crisscrossing the Commonwealth and has had in-depth voter contact. He appears to have at least a competitive GOTV ground game, and he’s ID’d the most voters of any of the three candidates. His resume is impressive and he’s already run a statewide race. This is a tough race, but Fairfax should prevail by holding his own in NOVA and blowing out the field in southeast Virginia where he runs particularly well for some reason.

Susan Platt made the centerpiece of her campaign the impeachment of President Trump. What on earth does that have to do with running for Lt. Governor of Virginia? Nothing.

So it’s either a stunt or a desperate campaign Hail Mary? Neither option bodes well. Her first name gets her second place.

Gene Rossi says he’s the comeback kid. He says call him “Seabiscuit,” the famous racehorse who came furiously off the pace to gain Thoroughbred fame and lore.

Rossi has a run a spirited, upbeat and energetic campaign. In a time of political negativity and seemingly around the clock hate, he’s made politics fun again. He’s an inspiring candidate with the right experience for the job. The surprise of the night will be how well he does on primary day. My message to Gene: please don’t quit, stay involved, run again. You have taught us all something during this campaign: Make Politics Fun Again. Good luck, Gene Rossi.

What a nasty campaign this has devolved into. One would have thought going in that this would be an inspiring race, with three very qualified – and different candidates.

Instead – save Glenn Davis – it’s a mud bath.

The last mailer by Sen. Reeves attacking Sen. Vogel for voting for a qualified gay judge in Virginia because of his sexual orientation was really beyond the pale. Are we still at this place in Virginia? Do Republican primary voters really respond to this?

Everyone knows I am a pro gay-rights, pro gay marriage Republican – and have been fighting this battle for 30 years in my Party—so am I looking at this through rose-colored glasses? I guess we shall see.

That being said, Vogel is going to win this race based on her financial advantage, her late advertising campaign on television and her personality. The woman is tough not to like.

Her campaign team, led by up and comer campaign manager Pat Trueman, has been stellar. Trueman learned a lot from is former boss, Rob Bell. It has shown in this race.

Glenn Davis has run a great race – short on resources and long on ideas. He attempted to brand himself early as the jobs candidate – and it stuck. Driving around Virginia in his RV, dubbed “Mellow Yellow,” Glenn, his wife Chelle and his energetic staff have really made a name for themselves. More money would have given him a real shot on Tuesday.

Like Stewart’s, I never got the Reeves campaign. They got off message early on with this email fiasco and never really recovered. Reeves has more resources than Davis which gets him second place.

But one candidate made a future while the other dug a grave.

Ernesto Sampson is a formidable candidate. Eddie Whitlock is a beast. Landslide Whitlock.

Party in the 56th! Six Republican candidates are vying to replace Peter Farrell in this GOP district. Five are viable.

Brewer – outspent by about 10:1, has outworked Alphin in the district and has the enthusiasm necessary on primary day to pull this off.

This is easy. Cecelia Howell endorsed Bob Thomas to succeed her husband. Do you have any idea of the influence that Cessie has in that district? That’s all I really need to know.

Paul Milde has the lead – which he keeps until Cessie’s network drops from heaven and shows up on Tuesday.

Susan Stimpson? Had she waited – and not tried to knock off the Speaker in 2015, she would have won this race. Hindsight is 20-20. Thomas wins.

Bill Haley has become of the Harold Stassen of Chesapeake politics. Oh wait, Harold Stassen actually won a race. Villanueva, who serves as the House of Delegates Chairman of Transportation, wins 65-35 percent.