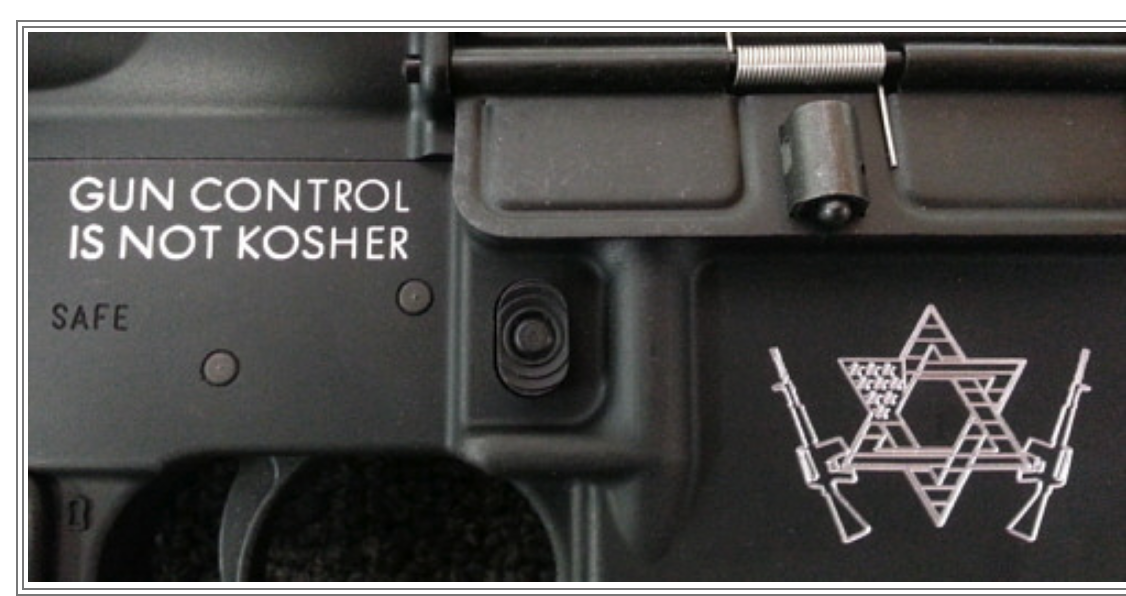 2A: The new Maccabean revolt?

Conservatives need to ally with the most vulnerable to racial, religious, political intolerance by protecting our gun rights and get-tough-on-crime laws

As I write this, the eight nights of Chanukah – the Festival of Light – come to a close as we start a new 2020 year.

Chanukah is more than just lighting a menorah (the “lampstand” proscribed in the Torah) and eating food with oil like latkes.

It’s really a celebration of the victorious revolt of the Maccabees in 160 BCE over the policy of King Antiochus’ Greco-Syrian Seleucid Empire to ween Jews off of the temple sacrifice and Torah and adopt the Hellenistic philosophies.  We resisted, armed I might add, and the victorious Jews established an independent Israel under the Hasmonean dynasty (i.e. Herod the Great, et. Al.). It lasted until the Romans conquered Judea a few years before the time of Jesus.

Chanukah was probably among history’s first documented successful rebellions of a religious minority against Big Government to have self-determination and fight secularism.  Had it failed, Judaism may have been wiped out – and think about this – perhaps no Christianity as a result?

But at a Chanukah party in the heavily Jewish town of Monsey, NY, we saw a brazen home invasion by a youth who slashed five people in what appears to be an anti-Semitic rage   — just another in a series of attacks on Orthodox Jews in the New York area that the liberal media and Democrats have been ignoring for a year, as most of the perpetrators are not white – the most horrific being the shooting deaths of a Jewish supermarket owner in Jersey City, NJ, and a police officer by “Black Hebrews”.

Of course, New York Gov. Mario Cuomo (D), like other Democrats, avoids accountability and blames the “cancer in the body politic”  for the crimes.  It is a tactic of elected Democrats to not take any responsibility for the problems they helped create, but to deflect and blame some larger problem – i.e., Trump and “big billionaires.”

So, I will try to hold them accountable since the media won’t.

The commonality among the most heinous of the anti-Semitic attacks, notably the murder of a Chabad member in her synagogue in Poway, CA, last year and the October 2018 mass killings at a synagogue in Pittsburgh, PA, is they occurred in states that make it difficult if not impossible for a person to have a firearm for protection — and at least with New York, New Jersey and California, states with weakened laws on incarceration for lower-level offenses.

I am unaware of any violent anti-Semitic attacks in states with tough criminal laws and which allow private gun ownership with limited restrictions, including Virginia, which has a growing population of religious minorities, including Jews.

However, that could all change in a few weeks when the Democrats take over Richmond and promise to make good on their campaign promises to weaken our criminal laws and put restrictions on firearms ownership under the false banner of “criminal justice reform”.

I live among the Orthodox community in the Ghent section of Norfolk, which is growing.  A number of new folks are moving here. Although our synagogue has a code for access, and since the Pittsburgh killings, a sheriff’s deputy on duty during services, a number of our members are armed and have concealed weapon permits.

I have listened to numerous stories about how Jewish friends who were armed warded off attacks on others and in one case hooligans in a backyard.  Perhaps the reason there are no attacks on Jews here is because the criminals know a number of them are armed. Armed with God on their side, too!

“Black hat” Orthodox Jews are easy targets for anti-Semites because they dress differently and walk to and from services since driving is prohibited on these days.  So, we stand out and anti-Semites have taken notice – though more assimilated Jews are targets, too, notably the Pittsburgh synagogue goers.

But liberals, notably incoming House Speaker Eileen Filler-Corn (D-Fairfax), who is Jewish, but secular, want to make it more difficult for the most vulnerable to growing racist, anti-Semitic attacks to defend themselves.  They do not want to face the fact that an armed citizenry is what deters crime, not just an adequately equipped police force.

Various NAACP Chapters openly support raising the threshold for felony larceny to at least $1500 and “reforming” cash bail” requirements.   While the Monsey attacker was charged with attempted murder since he had a knife, attackers on Chassidic Jews in Brooklyn of late have been let go due to weaker New York State laws on bail

In essence, Virginia Democrats want to turn the clock back and eviscerate the various crime crackdown laws of the 1990s by then Gov. George Allen, which even Democrats supported.

It is very sad a large number of African-Americans have been swept into jail for minor offenses due to these laws, but it’s also unfortunate that liberal policies and conservative indifference over the years have done little to stop the demise of the black family and provide adequate jobs in urban areas so black men do not have to resort to crime.

But with rising violence against Jews, Muslims and just today,  two people murdered at a church in White Settlement, TX, now is not the time to weaken criminal justice laws and make it more difficult for these folks to defend themselves.

History shows what happens when Jews don’t fight – we get expelled, killed en masse, or we just move somewhere else to avoid the problem.  And, we know the tragedies that occur when authoritarian governments like Hitler’s Germany or Stalin’s Russia take away private gun ownership.

As this rabbi notes on the web site,  Jews for the Protection of Firearms Ownership,

“We must encourage all Righteous Americans, Jew and Gentile alike, religious or not, to exercise their right to firearms ownership. And we must somberly embrace the resolve to use those arms in righteous defense should that horrific day ever come, G-d forbid.”

In that respect, the 2A Sanctuary movement that Attorney General Mark Herring and Filler-Corn deride are today’s Maccabees.

And, 2A they will be stronger if it unites with vulnerable religious minorities, including Muslims, which have a great need to be armed today with the rise of these violent attacks.