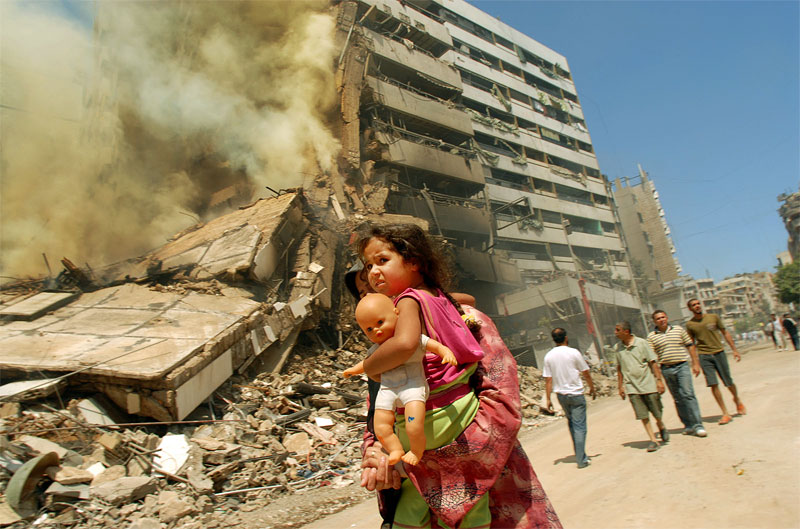 Republican foreign policy is in crisis. The populists who were against foreign entanglements are now 100% for foreign entanglements and attacking their fellow anti-interventionists as #NeverTrumpers. Trump has sent a carrier group to North Korea. He bombed the Syrians and Russians in Syria. Regardless of your feelings on the matter, there is no doubt that this is not what the populists ran on in 2016. Were they wrong in 2016? Maybe. That isn’t the point.

The EU, the Russians, the Iranians, the Turks, the Saudis, the Jordanians, and the Americans have already made a mess of Syria. Yemen is a disaster (no one is talking about that though). North Korea is performing 10 minute, quick-strike exercises against Japan and South Korea in the lead up to what they believe could be a nuclear war (Quartz). The United States has done a horrible job of choosing allies in Syria (NBC). Meanwhile, people suffer. President Trump let Russia, Iran, and Syria know that there are actually “red lines” he won’t allow them to cross. This has caused faux-outrage in the Iranian, Russian, and Syrian world and press. If you’ll notice, however, they haven’t done anything about it. They were testing Trump. Trump passed.

Clearly, the Trump Administration intends to let this civil war take place, without antagonizing the Kurds, the Turks, the Iraqis, the Syrians, the Russians, the Saudis, Hamas, or the Jordanians. However, if any of them step out of line, and use biological, chemical, or nuclear weapons, they can expect a swift response from the White House and the United States military. Good.

What about North Korea? Trump seems to be preparing the US for war with one third of President George W. Bush’s “Axis of Evil.”

North Korea is trying like hell to demonstrate that if Trump tries to constrain them, they’ll misbehave and misbehave badly. Yet, with China, South Korea, and Japan being the primary stakeholders, there is no indication that there is a multilateral policy in response to North Korean aggression.

If Senators John McCain and LindseyÂ Graham have their way, the United States would be at war in the Pacific, Persia, and the Near East. Is this really where the Republican Party wants to go? Three wars in four years? Donald Trump spoke about America First and about avoiding foreign entanglements, yet he seems willing to go to war with the world, or willing to risk war through a demonstration of American strength.

I don’t think so.

President George W. Bush was 100% right about North Korea being a threat – the question is, what can we and what are we willing to do about it? Up until now, the answer has been nothing. Why? Because South Korea and Japan will experience 99% of North Korea’s wrath. Attacking North Korea could cost tens of millions of South Korean and Japanese their lives. An attack on Iran would destabilize Iran, Iraq, Saudi Arabia, Kuwait, Pakistan (if Pakistan, then China), and India. What we can we do? Russia and China and India will have a say.

We destabilized Libya and Egypt and Iraq and Afghanistan. What did we gain? Well, we made it very clear to Iran and North Korea that the United States will not ever attempt to destabilize a nuclear power. We’ve made it clear that if you want to avoid Russian or U.S. or EU influence, build a nuclear arsenal, and we’ll all respect you.

Is that the message we want to send?

President Trump seems willing to deal harshly with Bush’s Axis of Evil. Warmongers like Senators John McCain and Lindsey Graham will support him. Will the rest of the party? Will the Democrats? President George W. Bush was right about the threat that Iran and North Korea posed to the industrialized world. Will we oppose the populists that support global action against our enemies? Will the populists?

If we do, do we end up strengthening a political movement likely to undermine the foundations of liberty and justice in the United States? These are the questions the Republican Party is dealing with today. These are hard questions.

We need answers. We need consensus. We need to know.

When I heard of the cruise missile attack on Syria, I took all of my Trump stickers off of my car. The RINO is not happy.

I am a recently coverted populist, giving up on conservatism, seeing how the space has been occupied for years by the neocons and cuckservatives. At any rate, if Trump abandons the Bannon doctrine, and embraces the two kids’ globalist agenda like he just did in Syria, I will
leave Trump in a NY minute.

I am grateful at least you didn’t call President Trump, “a playboy” this time. But you did say his foreign policy and, “the entirety of his campaign” was, “built upon cement blocks of hypocrisy.”

Tell us how to REALLY feel about President Trump. LOL

Geez, you don’t realize the extent of your Trump Derangement Syndrome (TDS), which is only exceeded by your disdain for populism and Trump supporters.

President Trump is doing many wonderful things to #MAGA, but you #NeverTrumps go out of your way to find the needle in the haystack. That’s sad.

I am not a #NT, or Dem operative. Trump is not being the campaign Trump. HIS pos healthcare BS, and attack on the HFC tell the whole story. In time, you guys will get over it. Hell, there wasn’t anybody to vote for.

Oh, and SBT, the Russians were not bombed. Only China (or God) can stop N. Korea without slaughtering a lot of S.Koreans. What’s in it for China? Make Wall St. pay for what they did by making China a Superpower by fuel their greed. Put a Communist China tax on Walmart and the rest of their kind. Call it the “Greed” tax.

We can’t fix nothing with our current system of campaign finance.

Take a lesson from our follies in Iraq and Lybia. And Somalia. And Vietnam. Nature abhors a vacuum. If we allow a regime to collapse or — worse — take a regime down, we are asking for The Next Most Virulent Regime to move in. Chances are it’s not one we like.
President Trump showed one small shred of common sense when he launched the TLAM strike: he didn’t risk killing Assad and he didn’t render Assad defenseless. Trump got to beat his chest about protecting the same exact people most of TBE’s readers were hoping to bar from entering the US (really bad dudes), and he didn’t create a power vacuum.
This isn’t foreign policy for the sake of desired ends. It’s foreign side shows. Your votes have become your tickets for you to this show. Grab some popcorn, geniuses, the show has barely begun.

Yep, and middle east power vacuums are almost always filled by something worse. Much worse.

Oh, and I forgot to mention the book Drain the Swamp by Rep. Ken Buck. When you read this book, it is amazing anything worthwhile ever gets accomplished in Congress and the Virginia General Assembly and terrible Barrack Terry is close on the heels of Congress. In my years i have NEVER seen a worst situation then we have in elective and appointed offices.

Yes, I have an idea. Since you have it all figured out – LET’S RUN STEVEN BRODIE TUCKER FOR PRESIDENT and save lots of money by sending Congress home as they never seem to accomplish much anyway. It is just he said,she said, they said, Putin said, Trump said, Clinton said, Obama said and we are all on the merry-go-around and every writer has the solution.