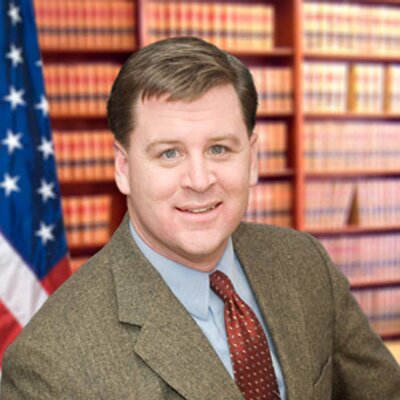 The prosecutors’ filing argues that McAuliffe’s order places an undue burden on them by making a large number of felons eligible to vote, serve on juries and petition courts to regain firearm rights without an individualized review by the executive branch. The prosecutors said they have an interest in the case because of their roles in selecting juries and responding to felons’ civil petitions to regain their gun rights, which can occur only after a restoration of political rights. They also said their offices could become involved in litigation if questions arise about the validity of a felon’s voting status.

The attorneys are asking the Virginia Supreme Court to overrule the Governor’s order and cancel the voting rights of the 7,000 felons who have already registered to vote.

Governor McAuliffe said the lawsuit is ‘baseless’ and he has the power under the Virginia Constitution to restore voting rights to the 206,000 felons.

“The administration of doing the right thing can be difficult at times, but that should be no excuse for marginalizing hundreds of thousands of Virginians,”

The Virginia Supreme Court will hear the case on July 19th.

Transcript unredacted, AR-15 sales up, and Wikileaks defends against Hillary: yesterday's links June 21, 2016 at 6:02 am

Who was the co-star opposite Walter Brennan in the sitcom “The Real McCoy’s”?

So Jeannine, is the gentlemen pictured Jim Plowman?

Yes indeed. That’s the best Commonwealth Attorney in Virginia, Loudoun’s own Jim Plowman. He’s a conservative, standup, guy who won’t back down. We’re so lucky to have him.

And why did McAuliffe win the election?

He had more votes than his opponent.

What’s that got to do with Jim Plowman?

The article is about 43 CA’s reacting to what McAuliffe did for Hillary. If it were not for McDonnell’s largest tax increase in Virginia history, HB2313, and the events that led up to his being convicted of multiple felonies, and the now Trumpette’s, (who used to be the Cucciette’s) BS at their CS convention, then McAuliffe would never have been elected. That is what. He is your sweetheart daring governor.

Wow. That’s quite a stretch. He’s not my Governor, I didn’t vote for him.