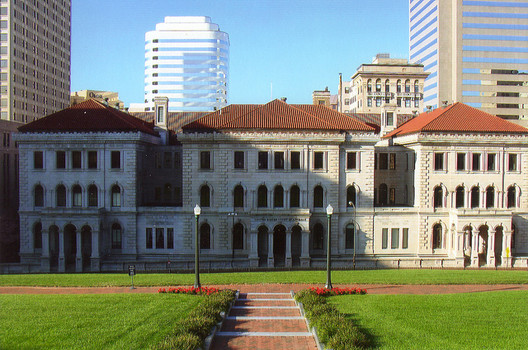 The case, Adams v. Alcorn, is a suit challenging the constitutionality of the Incumbent Protection Act, §24.2-509(B) of the Code of Virginia. The Act essentially allows incumbent politicians the sole authority to require political parties to select the nomination method of the incumbent’s choosing – whether primary, convention, party canvass or mass meeting.

Two plaintiffs challenged the Act in U.S. District Court in Harrisonburg – the 24th Senatorial District Republican Committee, chaired by Ken Adams, and Dan Moxley, former challenger for state senate in the 24th District. The defendants are the State Board of Elections, chaired by James Alcorn. Jeff Adams, along with John Wirth and Tom Ullrich prepared the case for the Committee, with Adams arguing, and I serve as attorney for Moxley. Pat McSweeney filed an amicus brief supporting the suit on behalf of RPV (and was a tremendous assistance to me in the case as well).

The Committee is suing for a violation of its First Amendment right to free association (that is, that the Party as a private organization has a right to choose its own nomination methods), and Moxley has filed a Fourteenth Amendment equal protection claim (that is, that the Act gives incumbents unfair advantages and discriminates against challengers, thus denying them the equal protection of the laws).

The case was dismissed in district court for lack of “standing.” The court’s crucial ruling was that since the RPV Party Plan grants district committees the right to select nomination methods “where permitted under Virginia law,” the Plan essentially acquiesces to the Act, so the Party suffers no injury and has no standing to pursue the suit. The court also held that since the Party has no standing, neither does Moxley.

Legalese aside, here is why this matters. There is a significant structural difference between the various nomination methods. One of the greatest differences is that, in a primary with multiple challengers, the incumbent may not need 50 percent of the vote to win, since Virginia has no runoff elections. In a convention, by contrast, the lowest finisher on each ballot drops off on the next. This allows the incumbent’s opponents to eventually rally behind the strongest challenger on later ballots, until someone reaches 50 percent. No such second chance exists in a primary, and incumbents can simply “divide and conquer” with a simple plurality.

As Judge Wilkinson of the Fourth Circuit pointed out in a 2007 case, the Act is a clear denial of equal protection.

[T]he First Amendment protects ‘the freedom to join together in furtherance of common political beliefs’…. A fundamental and necessary element of this freedom is the ability of a political party to make its own decisions…. Of particular importance are a political party’s decisions surrounding the process of selecting its nominee….

The stakes in the Fourth Circuit’s decision are very high. If the Act is upheld, career politicians will be enabled to continue insulating themselves and making it that much harder for ordinary citizens’ voices to count.

A victory for the plaintiffs, however, would signal a massive shift of political power from entrenched incumbents to political parties – and more importantly, to ordinary voters. Liberty – and government from the bottom up, rather than the top down – is the big winner if the Act is overturned.

Of course, if – as I believe it should – the Fourth Circuit holds that it is the Incumbent Protection Act itself that infringes on constitutional rights, the case will move forward and the Act will eventually be struck down. For the sake of liberty in Virginia, I pray the court will do so.

A decision is expected within the next month. This will definitely be one for liberty activists to watch.