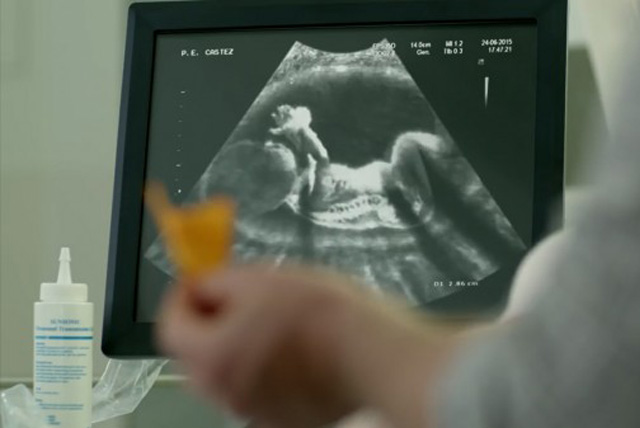 NARAL sent out the following tweet regarding the now-infamous “Big Game” commercial in which a baby jumps out of his mother’s womb to eat Doritos:

After reading this tweet, five things struck me as weird. In order, they are:

“Antichoice Tactic”
Showing pictures of babies is an anti-choice tactic? Golly! How politically incorrect my wife Robin and I have been all these years, engaging in anti-choice tactics like showing home movies of our children and keeping family scrapbooks. Of course, we also have to sheepishly admit we have engaged in activities that constituted perhaps the most anti-choice tactic of them all: having children.

“Humanizing Fetuses”
A snack food company didn’t “humanize” fetuses. It’s not the corn chips abortionists find so offensive in the ad; it’s the 4D imaging. And yes, 4D imaging does much to help humanize our concept of prenatal life, as it is the window into a preborn world, providing overwhelming, conclusive, and irrefutable evidence of life.

Of course, it’s fairly easy to humanize what is already human. And that is—to use a favorite expression of progressives—an “inconvenient truth.”

Here are some questions I’d like to ask everyone in favor of abortion: If 4D imaging does not provide you with the evidence you need to conclude what you are looking at is a baby, what more evidence do you need? In other words, what is 4D imaging lacking that you would have to see? Do you think 4D imaging is a hoax, broadly carried out by doctors, nurses, and technicians every day in the Western world?

The real parlor trick has been to dehumanize fetuses, even with the overwhelming evidence of full motion video. This video evidence, the type used in courtrooms across America, is said to be inadmissible in the court of public opinion. More than a parlor trick, the abortionists’ position has been a shell game, in which compassion, empathy, understanding, and humanity lie under the shell they dare not lift.

“Dads”
Sure that’s the word you want, NARAL? Maybe I have been steeped in the Queen’s English a bit too long, but doesn’t the word “Dad” imply something: namely, fatherhood? If that thing moving around in there is not a baby, may I ask what he is a Dad of?

You know what would make the Dad REALLY look stupid? How about if he said: “That doesn’t look like a baby to me. It looks more like a blob of tissue.”

Now THAT would be stupid!

Also, when did pro-abortion groups start being concerned for Dads? Pro-abortion groups have campaigned against parental notification of abortion and against the rights of the Dad in abortion decision. Now, all of a sudden, they are upset when Dads are portrayed as clueless? Forgive me if I find that a bit disingenuous.

“Clueless”
That’s an interesting wording considering NARAL’s overall point. What would we call someone who could look at 4D ultrasound video and conclude the viewer is looking at SOMETHING OTHER THAN A BABY?

“Moms”
The word “Moms” here has the same problem as the word “Dads.” In fact, the word “Mom” tends to “humanize” the fetus too, right? In fact, perhaps no single word in the English language rhetorically humanizes fetuses like the word “Mom.” Seems like NARAL committed a pretty noteworthy Freudian slip.

I understand their dilemma. It’s hard for progressives to constantly change the meanings of words like “life,” “marriage,” “family,” “baby,” “human.” But that’s the problem with constantly tripping over yourself to redefine words for political expediency: sooner or later, you accidentally say the right thing.

Just an observation about Shak’s stance…NARAL is way off (obviously), but then again, the fetus in that video is pretty far along (the commercial insinuates it’s not just viable, but ready to come in to the world on its own). I’m not sure Shak’s point of “humanizing fetuses” would apply with equal force to the pre-viability, pre-heartbeat, or even zygote stages of development he champions as “life”

Have you never seen a 4D ultrasound? They’re usually taken at 20 weeks – previable.

The child, from the moment of conception, is “alive” by any definition of the term. It has all the functions of any living thing. It has unique DNA, and that DNA is provably HUMAN. You may consider it of less value than other living things, like, say, a turnip. You may feel that it has no rights to continue living until a particular point of development has been reached. But, that is quite beside the question as to whether it is human or alive. It is both.

Good one, Shak. Love what you said about understanding their dilemma.