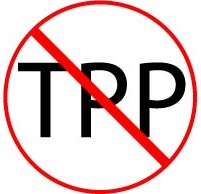 Ronald Reagan had a dim view of pedestrian politicians.[read_more]

In private he was dismissive of the majority of politicians in both parties, whose primary interest was self-advancement and self-promotion, at the cost of their profound responsibility to promote policies that benefited and protected ordinary American citizens, the principles of human liberty and the defense of the Republic.

He would say that the role of real leadership was to provide the strong hand supporting the weak backbones of the soft and timid; to give them the strength to do the right thing when they wanted to preen while doing the wrong thing.

I thought about that today as 54 genuine, real conservatives stood against the weak-kneed, passive Republican majority and its bizarre leadership, who are clearly beholding to someone – but it ain’t us.

The House of Representatives defeated – at least for now – the disastrous Trans-Pacific Partnership (TPP) “express” by rejecting one part of the Senate passed bill that would lead to the TPP’s full consideration. The TPP is a pseudo trade bill that is actually a vehicle for massive wealth and job transfers from the United States to other nations and international corporatists; not to mention a legal crowbar that would allow unelected international bureaucrats to bend American laws on immigration, the environment, health and food standards, and who knows what else to their pleasure.

First the good news: The actual vote that stopped Obamatrade from going forward was technically the Trade Adjustment Agreement (TAA). The TAA is one piece of the Senate passed bill granting the President so-called fast track authority to ram through TPP without debate or amendments – and not as a treaty – thus needing a simple majority vote in the Senate.

The TAA portion would have renewed aid for U.S. workers who would lose their jobs due to imports. (Of course, the Republican leadership keeps telling us that the TPP would create jobs, so why would this be necessary is unclear.)

Now the bad news: The Republican leadership went ahead with the vote on fast track authority after the defeat of TAA, and it passed – although a meaningless vote because the bill couldn’t advance without TAA  – by 219 to 211 votes, with only 54 Republicans voting against it.

These 54 are American heroes. The 191 Republicans who voted for it…not so much.

In Virginia, three Republicans, Barbara Comstock Robert Hurt and Scott Rigell, all of whom call themselves “conservatives” at the drop of a hat – and they’ll drop the hat – voted to give the President fast track authority.

This vote defines them.