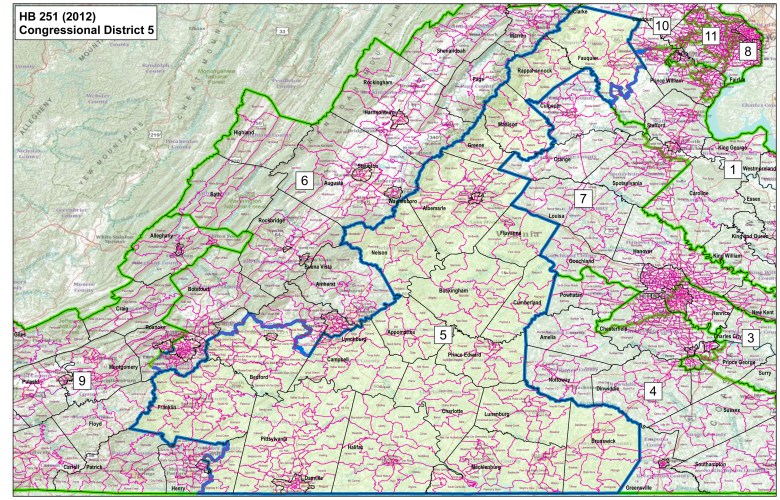 Last night, Tuesday, commencing at 8:07 P.M., the Fifth District Committee held it’s second in a series of conference calls to gain further understanding of the task presented to them by state election law and the Republican State Party Plan in selecting a replacement nominee for this fall’s Congressional election. The call was attended by 35 of the 37 voting members; during the 2 ½ hour call, two people eventually dropped off.

The first order of business addressed was reporting on answers received regarding legal requirements raised in Monday night’s conference call. Satisfied with an understanding of these requirements, the Committee proceeded to develop a strategy and process for the meeting to select our nominee.

The second topic, lasting some 70 minutes, centered on adopting a set of proposed rules for conducting the meeting, which were graciously developed during the day by three volunteers from the Committee. Please note these are proposed rules and must be adopted by the full body at the eventual meeting.

Next the Committee discussed the date and timeline for the meeting. On a 19-14 vote, the Committee chose to have the meeting this Saturday, June 2nd. The time and location to be determined. As legal requirements prohibit the issuance of instructions to candidates, which could violate members voting rights, the Committee adopted a position of requesting potential candidates to notify the Chairman of their intend to seek the nomination by 8:00 p.m. Thursday evening (May 31); failure to meet this requirement does not preclude someone from seeking the nomination. Volunteers were tasked with securing a venue and establishing a starting time by Wednesday, May 30th.

The last order of business was a general discussion of the momentous task thrust upon the Committee by the withdrawal of our nominee, Congressman Garrett. The Committee did not ask for this responsibility, it was thrust upon us; and in true fashion the Committee will rise to the challenge and present an equitable process and meeting. All understand the gravity of selecting the nominee to represent some 700,000 citizens, and do not take it lightly. The members also agreed that once a candidate contacted the Chairman with their intent to seek the nomination, the Chairman would forward a contact list to the said candidate of all the voting members of the Committee.

I will release more information as it becomes available.

We will update this post as soon as we have more information.

5th district to choose Congressional nominee on Saturday was last modified: May 30th, 2018 by Jeanine Martin

It’s the comment below that refers to “his “ President DJT
that gets me just a little bit apprehensive.
Must be something in the DSM to refer to about that.

He is my President , the one I voted for. Just stating a fact.
Another fact I was the first here at TBE to voice my support for only Trump at day one.

I can say that not combatting payroll, tax and workers compensation insurance fraud is a mental disorder but that is not true because it is not done out of pure ignorance or the desire to suppress legal wages , you chose why Va Republicans have a legislative disorder.

I hope Sen. Bill Stanley will get into the race. He was one of the few state senators that fought hard against the “Historic” tax increase a few years back and against this new medicaid expansion. What he has done for economic development in Southside VA alone should make him the leader of the pack. While Denver sounded good during his short run for governor, can we truly trust a quitter. I expected more from an Air Force veteran.

Talking with others late last night they have corrected me.
It is Republican Delegate Farris who has the brother builder.
It is the Sheetrocker, Boyer Lawyer (Campbell County Mass Meeting Boondoggle) who worked for Senator Stanley.

Honestly I don’t think Senator Stanley is capable of representing the 5th. His lack of action in payroll, tax and workers compensation insurance fraud which provides Santurary Employment is a good indication.
I also hold reservation in his support of President Trump.

What constitutes lifting a finger in your humble opinion? And, say they lifted a finger for any issue, what would be the result with a demwit governor?

His conservative ratings appear to be much better than most of the current Virginia congressional delegation, and I listed three huge issues that he has certainly been on the right side of that directly impacts my county.

Just tell me the saint that walks on water and has the fundraising capability to fight against an entrenched hollywierd leftist that will be getting all sorts of money from outside of our state for this upcoming election. The fight was going to be hard enough with Tom Garrett as our candidate. This situation is turning out to be just like the year Perriloser beat out Congressman Virgil Goode a few years back.

Regardless, I am a little surprised you have no reservations over the quitter.

I remember going to Brookville High School for a TEA Party sponsored event after Virgil lost and the only two people there who had a clue of what I speak of was Virgil and Jim.
Garrett stepped down now is time for someone to represent all of the 5th.
Crack on Northam all you wish . Can you post his current policy on unlicensed subcontractors and misclassified employees do it right here if you have a pair.
I expect that Cockburn as well as Jim knows what I speak of.
Now why are elected Va. Republicans in the 5th sitting on the fence about illegal employment and fraud? Why did 5 Va. Republican Delegates vote NO on hb1106? Fear of being caught of employing illegally of the $500.00 per employee per day fine?
The fear of illegal contracting?
The fear of being caught employing illegal aliens/Santurary?

Just as with Bush’s first term the first years there is a Republican Majority. Why the hell should I support a Republican from Va to continue nothing about illegal employment as been done Trump first two?
Don’t worry I support Stewart so as to deport Va Republicans illegal labor.
Get with it or we all will have the NLRB up our butts.
Jim McKelvey Is the only chance you have.

…….(IMHO) In knowing all the players fairly well…..Michael is a cracker jack technical conservative especially on the sharia ~ but I think it would be unwise for him and his ” former “suggested” address baggage-gate ” would hurt him. Jim is a great Trump conservative and quite a ” draw ” in a room, but again, this is Not the race for him, or Riggleman, or Martha, or Paris ……and of course… Bryce is out and I think it could be risky for Sen. Stanley, …….I would say Delegate Michael Webert, with his northern Virginia “zing” and fairly wide recognition to the middle part of the district is the ” bet to place ” And have All get behind Him, at once !! We need to keep this seat ! Not gamble it away on a chance of the dice. ….in double guessing or in hope-of ?? (IMHO) Lets be more ” aware ” of the risks. Ty

I have heard Del. Webert is worth looking at as well as having a fairly save republican district to keep if he wins. Name recognition and fundraising might be an issue for him, but I would like to know more about him.

I have always liked Mckelvey, right up until he stuck a knife into the back of Michael Del Rosso during that contentious convention that eventually got Garrett elected. He played dirty politics along with Garrett and lost any trust or support from me. It only takes on lie to lose your integrity, and he picked an awesome time to broadcast his lack of trustworthiness. There are quite a few folks in Southside that will be as unforgiving, thus Jim is a very poor choice.

hb1106 and his current policy is lifting well more than a finger.
Can you in your humble opinion give me the Republican equivalent ?

Does it truly matter now. Your trust in saint Mckelvey seems as misplaced as your attack on Bill. Saint Mckelvey is backing the quitter, and Bill has gotten in the race. I can hardly wait for the results to be announced!

Well,
No matter ***who*** is chosen with Republicans not delivering on promises of repealing Obama care and Medicaid Expansion do you think that you could deliver on ending illegal immigration and make E-Verify (including the 1099) a National Law?

Why? Has his “business considerations, resource shortages and family health issues” improved enough to make him a viable candidate? We can do better.

I cannot, for the life of me, remember how I heard he went (relocated?) to Pennsylvania after he dropped out — anybody else have more info or am I wasting obscure snark on this?

Riggleman has never left his distillery. Now it’s possible he opened another one up in Pennsylvania. But he has not moved from Va. And quite often did fundraisers in 2017 for other candidates from his distillery.

Found it. This is the article.

The article reflects why he should not be considered as a contender — see if you think this was a wise interview for someone considering future Virginia office.

My dear Rocinante – if you read the article – it never says they have left Virginia. It does say that they are considering moving all their operations to Pa. And that they do not want to leave Va, but that the regulations in Va are too stringent. Personally I see nothing wrong with that article.

I must have read a different article. Here’s what I got: ‘We moved here because we thought it was good, but Virginia regulations suck for our business, so we’re devoting and expanding resources to Pennsylvania — would have preferred it otherwise, but ‘Sorry pals.’

Slightly different than someone with a connection and desire to serve.

Businessman yes, Statesman? Not so much. Politician? Clearly not. ‘Dance with the one whut brung ya.’

But what do I know, Virginia ‘Republicans’ picked Texas 3rd National Committeeman at a ‘Convention,’ so the 5th 38 could do anything.

Why even bother to have a party, to build an organization, to seek out and groom candidates if you’re just going to slot a fashionable fringe favorite when the need arises?

I’ll trust the 5th 38 no matter how goofy the selection, but if they go outside their convention-vetted farm team, and outside their ELECTED Republican officials, I will assume that a special interest high bidder has won an auction.

Roc,
I have been looking at Vogel donors. With some of the contributions it brings me great concern to the direction of elected Va Republicans .
To see health care associations , home builder associations and the very large contributions from Newman and Delta Star.
I honestly am starting to have reservations about the direction of Va. Republicans where their concerns and loyalties are.

What’s the overlap with the retiring 4?

Most VA Republicans vote the right way, the rest fail the Eggdicator and will be replaced.

Yes the trail of dropped money is showing who is trying to gather it all in and for what reasons.
It is time for some self sufficient working men to sit back and watch the vultures eat at the fat lazy wounded pigs.
It going to have to get worse for some politically for it to first get better.