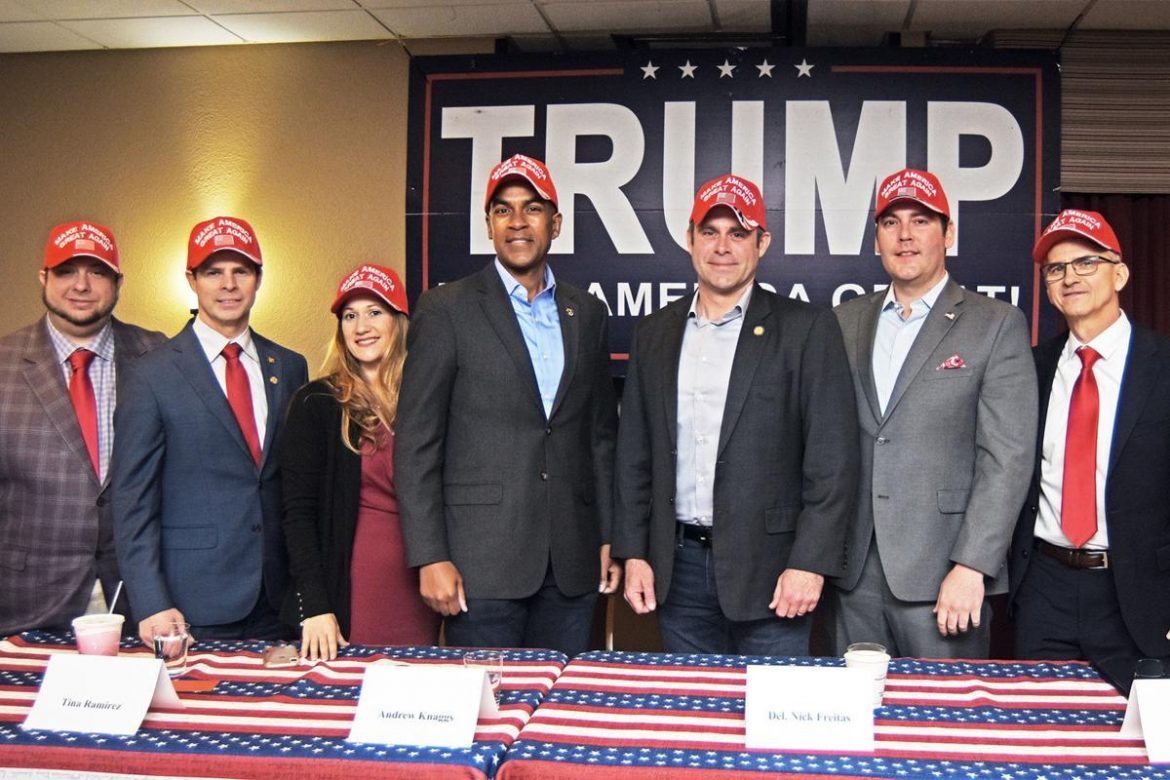 7 candidates vying for the Republican nomination in the 7th district

There are 7 candidates hoping to get the chance to run against Democrat Congresswoman Abigail Spanberger in the 7th district in November.

The most well known is Nick Freitas. He represents the area in the House of Delegates. Freitas is known for his stands on liberty and the 2nd Amendment. He has an impressive list of endorsers including Club for Growth and FreedomWorks. Senators Ted Cruz, Rand Paul, and Mike Lee are also backing Freitas.

The other candidates are Mike Dickinson, Pete Greenwald, Andrew Knaggs, John McGuire, Tina Ramirez and Jason Roberge. More details on the 7 candidates can be found here.

7 candidates vying for the Republican nomination in the 7th district was last modified: January 27th, 2020 by Jeanine Martin