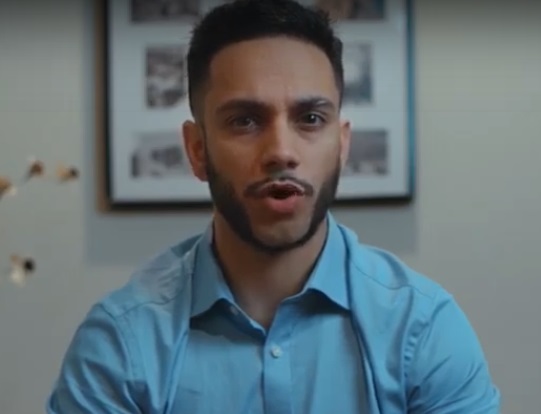 “Ariel Sharon, burn. Burn a million times for every innocent soul you killed. Hell is excited to have you.” Ibraheem S. Samirah, January 11, 2014. (Ariel Sharon was a former Israeli Prime Minister who died of a stroke thus prompting Mr. Samirah to make this quote.)  “Most Israeli teenagers not only want to cover up the murders in their name, but they have young urges that need to be released somehow.” Ibraheem S. Samirah, July 27, 2014.  “There’s a huge need, within Israel, to cover up its illegal occupation and crimes.”  Ibraheem S. Samirah, July 23, 2014.  “I do not know what other message God is sending me other than that I am not dead because I am to avenge for the murders of innocent protesters not just in Egypt, but in the entire world.”  Ibraheem S. Samirah, August 16, 2018. Mr. Samirah also implied that giving money to Israel is worse than giving money to the Ku Klux Klan.

Does Samirah deny any of these statements?  No.

These quote for quote comments, originally reported by Big League Politics, have been declared by Ibraheem S. Samirah, the Democratic candidate for the Virginia 86th District House of Delegates, to be “slander” although how exact quotes can be claimed to be slander is somewhat mysterious.  Samireh has issued an apology in which he makes the somewhat odd claim his grandfather is ”black” unless I have misread that statement.

One must wonder that if these are Mr. Samireh’s public thoughts, which he has labeled musings of his college mind, what his private thoughts must be.

The 86th District delegate seat in question was formerly held by the universally admired, and patron of the arts, Thomas Davis “Tom” Rust of great acclaim whose devotion to the arts and architecture in the Town Of Herndon culminated with the creation of the Herndon Municipal Center, the Herndon Community Center, and the Centennial Golf Course.

All Virginians in the 86th district must turn out to vote on February 19, 2019, in the special election, to set things right.

Loudoun County Democrats condemn remarks made by their candidate in the 86th district – The Bull Elephant February 14, 2019 at 8:04 pm

[…] anti-Semitic comments made by their candidate for the House of Delegates in the 86th district, Ibraheem Samirah.  From Alfonso Nevarez, chairman of the […]