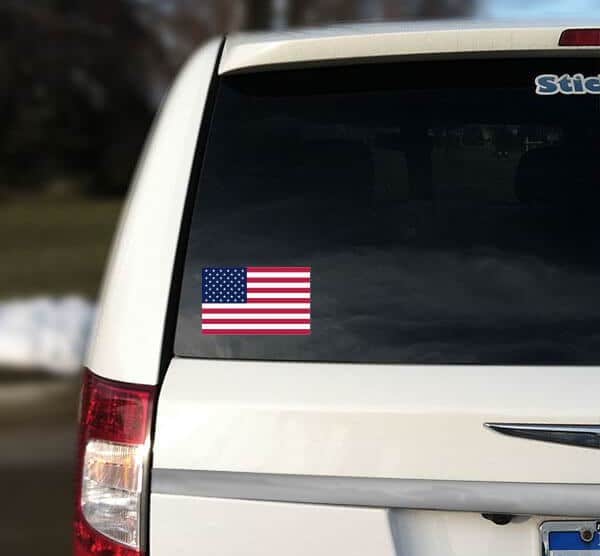 It was common for Americans to put U.S. Flag decals on their rear windows. Such displays are less common 20 years after 9/11/01.

If you include contractors who served aside our uniformed military in Iraq and Iran, plus the nearly 3,000 who died at the Pentagon, World Trade Center and Flight 93 crash site in Shanksville, PA, about 13,000 Americans gave their lives in the War on Terror as we observe the 20th anniversary of 9/11/01 today

This includes the roughly 100 Americans who died at the hands of Muslim jihadis in on American soil, half being the 2016 gay nightclub in Orlando Florida.  In addition , some 30,000 https://watson.brown.edu/costsofwar/costs/human/military/killed plus 30,000 veterans of the Iraq and Afghanistan conflicts have committed suicide

The media talking heads are saying 9/11 “Changed America Forever.”  But it really only made us more aware and patriotic for about 10 years.  Once Barack Obama was elected in 2008 and resolved to temper America’s involvement around the globe and appease Islamofascist regimes and terror groups, our resolve to fight dropped – especially his 2010 decision to scrap the Bush-era “terror level” color warnings. https://www.nytimes.com/2010/11/25/us/25colors.html

Obama pulled us out of Iraq thus spawning ISIS but kept us in the futile Afghanistan war until the end of his term, duped by the military industrial complex and U.S. backed government in Kabul, just as his vice president and our current president was duped.  http://thebullelephant.com/altruism-gullibility-and-the-military-industrial-complex-failed-us-in-afghanistan/

People will reflect on where they were on 9’/11/01.  I was a young father in North Bethesda, MD, and my wife dropped off our twins at Montessori School that morning.  I was suited up to attend a pharmaceutical industry conference near Capitol Hill, when she came in telling me a plane hit the WTC.

I went into the office where my employees were watching a small black and white TV showing the smoke from one of the towers.  My wife advised me not to go into DC, and glad I did as the Metro stopped later that day and anyone who was in the city had to walk home.

Then, the 2nd plane hit, and I was stunned.  And then the Pentagon was hit.  So, I started calling friends who worked there to see if they were okay.  It was common for everyone to make calls, so there were a lot of busy signals due to the overload.

By the end of the day, we knew we were at war with Al Qaeda.

Montgomery County held prayer vigils and I joined in with Jews, Muslims and Christians.  For days whenever a plane went by, wed’ look up out of caution.  American flag stickers started to adorn our car windows, flag lapel pins and flags flying everywhere.  We were united in the war on terror.

Today, looking back, I am unsure we will be reminded of the lessons of 9/11 – namely, that we cannot appease terrorists, which the Clinton administration was doing in the leadup to the WTC/Pentagon disasters.

Today, the liberal media will keep the radical anti-American pundits off the air for the next week so not to disrupt their viewers and readers desire to “remember” and not feel accountable for forgetting the lessons of 9/11/01.  I still see more BLM and Peace flags with LGBTQ colors in Norfolk, where I live, than American flags.

Leftists stood by W. Bush for a while, but once the Iraq war turned up no weapons of mass destruction, they were emboldened to bring him down and Republicans with them.  So, Democrats took over Congress in 2006 and the White House in 2008.

While they lost power to the GOP, they have overtaken the culture – our universities, media and entertainment industry.  Only the churches and Fox News and conservative media stand in the way of a socialist dictatorship.

Part of the reason this 9/11 observance is going to be muted is the fact the Taliban the very people we kicked out of power in 2001, are back again.

Plus, all too many kids have no memory of the impact of 9/11/01 and are indoctrinated by critical race theory education, which teaches that America is a systemically racist nation and that to use the term “Islamofascist” or ‘radical Islam” means you’re a racist.

Today, the socialists have overtaken the Democratic Party and side with Hamas as victims when it launches rockets from Gaza on Israel (an apartheid nation).   Republicans have failed to get a grip on the indoctrination that takes place in our schools, our media and entertainment industries and  W. Bush blew the unity of 9/11 by focusing on Iraq to correct his father’s mistakes in the 1991 Gulf war when he left Saddam Hussein in power.  Meanwhile, some 3 million illegal aliens from Mexico and Central America have flooded the nation due to the GOP Congress’ failure under Bush to pass immigration reform and fully fund the border fence.

I would like to think that if we are attacked again, the country will unify, but looking at how Democrats and liberals tried to sanitize Joe Biden’s failures in Afghanistan, I really wonder.

When that gay night club was shot up by an Islamic extremist in 2016, the Left saw this as a gun control problem, the right saw it for what it was – an Islamofascist attack.  Our respective media spun it either way, too.  So, liberals and their pundits and conservatives and our pundits will engage in finger pointing in the media – which benefits from the division.

And I think another attack is possible, especially with the Taliban in control of so much of our military gear.

Our military has been weakened by excessive rules, bureaucracy and political correctness.  I truly wonder if some in uniform would really know what to do if they saw a plane about to attack our shores or a boat loaded with explosives heading toward a dock. 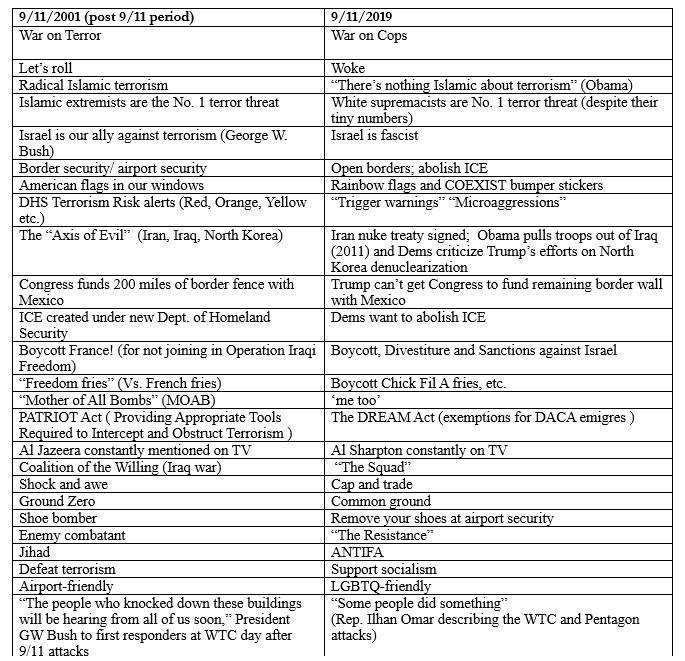 However, our nation is good and blessed by God.  Republicans must lead the charge to remind the nation how good we are when Democrats embrace those who want to blame America first for the world’s problems.

I think the leadership pf the the Republicsn are too old and their habits are ossified , unable to be changed. Someone like Mitch McConnell is intrrested in maintaining the benefits he receives ss bring an member of the so called establishment. Until his generation is removed from power this party is on a rail tor ruin, and a country along with it. The world has changed sround them, they are living in the past. Mitch McConnel is the Republican Party’s Emily Grierson. The sun will rise on this party when he and his kind are finally put away.

Dude was caught trolling under aliases from LOCO government computers during the Too Conservative days and he continues to troll on Loudoun sites. Ken’s favorite play is to write a letter to the editor or make a comment under his real name, then he goes back under an alias and says how awesome Ken’s idea was. Ken would be more entertaining if he wasn’t so pitiful.

Sounds like a certain “Dr.” we all know so well.

Ken, I said your so-called 9/11 piece is nothing but political hackery. I was not commenting on “tone” but instead pointing out that it and it author are morally bankrupt. Typical for Conservatives these days and right in line with the rest of the TBE 9/11 posts. Even your Youngkin used a 9/11 memorial post to also promote his internal polling numbers. Typical…

You just can’t help yourself, can you Ken? You are a hack, plain and simple. Can’t put down the demagoguery for a single day. Deplorable!

And you appease democrat-socialist regimes and their ANTIFA/BLM terror groups. You can’t help yourself. You hate America, plain and simple.

Eric the Half Wit proves my point. He]’s more concerned with language and “tone” than with the points I raised, which are probably hard for him to stomach since it’s so true.