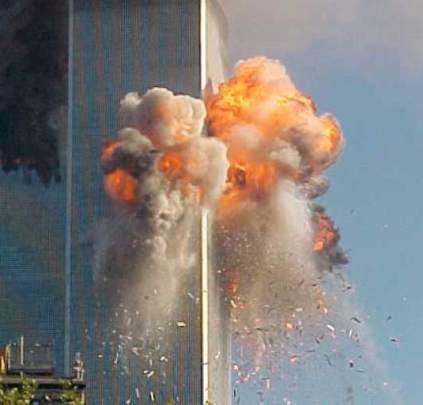 “We are in grave and dangerous times; governed by hollow men – small and visionless – who have become their own “class” in our land; and they know very little about the spirit of America.”

It’s the thirteenth anniversary of September 11, 2001 and the tears still haven’t dried.[read_more] 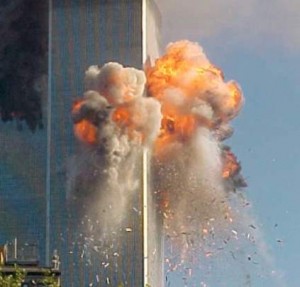 These years since the attacks find America a changed nation. The destruction of the Twin Towers, the attack on the Pentagon, and the hole in the Pennsylvania countryside – a haunting tomb for courageous passengers – were hammer blows, raining down death, ruin and pain. Yet the intervening years have also done enormous damage to the country in different ways, much of is self inflicted.

It should have been otherwise.

Paradoxically, the American spirit – that exceptional and remarkable characterization of national calling that was born and raised in the churches, hymnals, tradesmen, farmers, newspapers, pamphlets, tavern debates, and the exhortations of the brilliant Founder’s two centuries ago – rippled across the nation like spiritual aftershocks when that brilliant Fall day shook with destruction.

[Editor’s note: Watch this 2 minute video for a touching 9/11 commemoration prepared by the author. It’s well-worth the time: We’re Americans.]

It wasn’t through, or because of, our leaders. It was average American citizens that were the vessels that carried that spirit, connecting one to another, in every corner of the nation. And as terrible as the physical attacks were, the emotional assault on 300 million Americans burned like phosphorous – white, molten and unquenchable. Churches filled, bibles opened, hearts ached, strangers wept together, and the sober reality of the attacks became the platform for both personal examination and national resolve.

Sadly, our political and ruling class could not rise to the occasion like the American people. Their finest moment was President Bush’s unforgettable visit to the burning rubble, with an arm around a fireman and bullhorn in his hand; “I can hear you!,” he declared. “The rest of the world hears you! And the people – and the people who knocked these buildings down will hear all of us soon.”

In the crisis, many in Washington, D.C. saw opportunity. Not too long afterwards, the nation’s ruling class in was vehemently assuring us whom we were not at war with, even as the ruins in New York still smoldered. After the initial success in Afghanistan using a limited footprint, our men and women were eventually deployed in harm’s way in large numbers, and they were sent with rules of engagement that afforded our enemies an advantage, which they exploited. While our military had to walk on eggshells for fear of any perceived or real slight to Islam, our enemies perfected IED’s and other devastating ways to kill them. In response, the rules of engagement became even stricter.

And despite all of the incredible sacrifice and courage of the American military, the Islamist threat has metastasized and grown in ways that our leaders told us – promised us – it would not. The barbarity and appetite for blood is more evil and irrational than ever. The new savagery, the meltdown in the Middle East, and the growing domestic threat, dishonors the blood of our fallen.

Our real heroes – the Americans that fought house-to-house in the battle for Fallujah in Iraq, or defended a remote outpost in the battle of Wanat in Afghanistan – were let down by our leaders across two administrations and the various Congresses in Washington, D.C. Thousand of our brave soldiers have paid the ultimate price, and tens of thousands have come home with terrible wounds, physically and emotionally.

Here at home, after untold billions have been squandered, we are still paying a mighty price for 9/11 and our inaction, dithering, and political correctness towards a violent ideology masked as a religion that clearly states that they want to destroy the United States.

At the top of that price list; over the decade, our elites have effectively barricaded the government off from the people whom they serve – with both concrete and the law.

Instead of tracking obvious threats, the ruling class unleashed the TSA to torment the entire travelling public, with no apparent effect whatsoever on stopping terrorism, by their own testimony. Worse, they have thrown tens of billions of new dollars at already overstuffed intelligence agencies. Yet these agencies continually ignore the information they do have (including on 9-11 itself) to stop domestic attacks (the Islamic terrorist Nidal Hasan at Fort Hood, or the Islamic terrorist bombers in Boston, the Tsarnaev brothers, to name just two). But they insist they need even more data siphoned from average citizens minding their own affairs. And, the ironically named Department of Homeland Security (a monstrosity created by panicked politicians after 9-11) itself walks away from its sworn responsibilities to secure the national borders from invaders crossing into our country – deliberately.

But, regardless of being let down time and again by our leaders, the relentless assault on the national character, and the unending effort to blame America for the dysfunction of other countries and cultures – the American spirit survives. Not because of Washington, but in spite of it.

We are in grave and dangerous times; governed by hollow men – small and visionless – who have become their own “class” in our land; and they know very little about the spirit of America. But, they will. My money is on the American spirit – the bidding of individual liberty – the sovereignty of an Everlasting promise, buried deep within the fabric of who we are.

They may be hollow, small and visionless individuals but the American voter seems to have an inexplicable propensity to constantly return the same bad actors to the power pit that has become the US capital. I think its going to take a lot more then “spirit” to redress the countries’ decline, spirit didn’t win the day at Concord, it was individual commitment.

– hollow men and women
– an intelligence agency was the author of the small foot print in Afghanistan
– Congress, their staffers and the contractor community deserves more “credit” as members of our failed elite