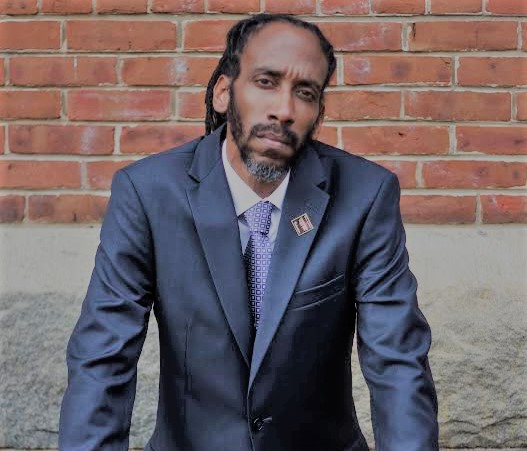 As many of you know, State Senator Donald McEachin won a surprisingly narrow victory over Henrico Sheriff Mike Wade to capture the newly designed 4th Congressional District, leaving open his 9th District State Senate seat. Democrats believe that the 9th District is safe, because Republicans didn’t get a candidate on the ballot for the January 10th, Special Election.

This afternoon I interviewed Corey Fauconier (Faux-Cone-Yay), the Libertarian Candidate who did get enough signatures to make it on the ballot. Mr. Fauconier is a musician and a perennial force within Libertarian Party politics and Virginia non-profits like Toastmasters International. He’s up against Democrat Machine representative Jennifer McClellan. Democrats believe that this is a safe seat that they do not have to earn. Mr. Fauconier disagrees.

Over the coming weeks, I will keep our Bull Elephant readers in the loop with regard to this open State Senate seat. I want to encourage all Republicans living in the 9th Senate District to get out to vote for Corey Fauconier on January 10th. No district in Virginia should go uncontested. No Democrat should get a free ride into the State Senate.

While Mr. Fauconier has received endorsements from Libertarian Presidential Candidate Gary Johnson, he’s also been endorsed by Virginia’s own newly elected Republican Congressman Tom Garrett and REFPAC Founder Denver Riggleman. It is important to understand that Mr. Fauconier is not merely putting his name on the ballot and hoping for a few votes. Along with more than 30 volunteers, Corey was able to obtain the hundreds of signatures required to get on the ballot. He and his supporters will be running a legit campaign with fundraising and door knocking. In other words, this is not a campaign-in-name-only. He’s going to try to win.

This is an election that demands Republican support. I know there are areas with which mainstream Republicans disagree with the Libertarian Party, but Mr. Fauconier believes deeply in free enterprise, individual responsibility, and the preservation of the entire Bill of Rights. There are few, if any, areas where Corey Fauconier would disagree with us when it comes to economic policy in the Commonwealth.

All I am asking is that we do not simply hand a liberal Democrat out of the Richmond Machine a free State Senate seat. I will bring a wealth of information to you about Mr. Fauconier through the Special Election on January 10th, but I wanted to introduce you to his candidacy this evening in hopes that Republicans would begin to consider participating and volunteering in this challenge.

If you weren’t happy with Donald McEachin, please consider voting for Corey Fauconier on January 10th.

[…] politics and posturing; the battle for the Commonwealth begins now. On January 10th, there is a special election for the 9th District State Senate seat, featuring a Richmond-Machine Democrat who thinks the seat […]

“Republicans didn’t get a candidate on the ballot for the January 10th, Special Election”

???? Ugh. You have got to be kidding me. In the closely held Senate we couldn’t stand someone up for a run at a Democratic seat.

This isn’t my part of the state. Is Mr. Fauconier the guy in the picture?
I hope the local Republicans are helping Mr. Fauconier get elected.

Yes, Corey is the guy in the picture. I’m glad he is running.

This is a GREAT opportunity for us to lend a hand and demonstrate the Reagan rule of working together with folks to which we can agree on a majority of things. You are absolutely correct in that every Democratic seat must be fought for every time. The Democrat machine and their left wing polices have failed the residents in that district miserably. I for one cannot wait to learn more about this brave man as he will face an onslaught of attacks for challenging the machine.

That’s exactly how I feel! I will keep information coming.

What were the results?