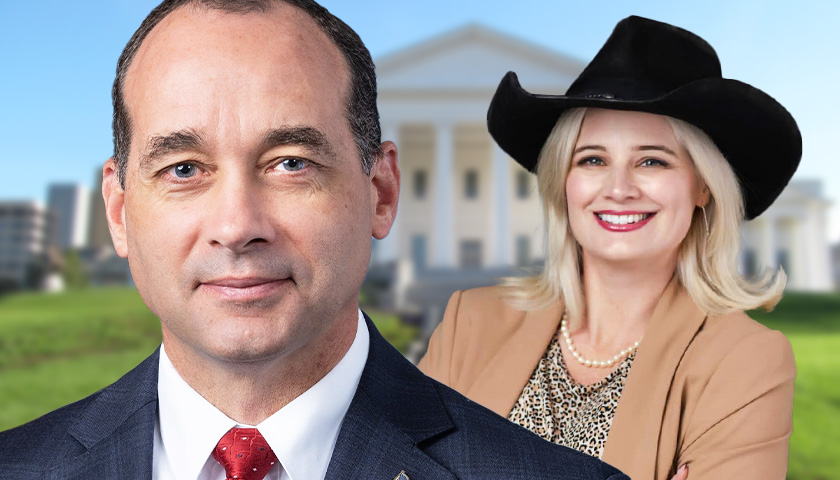 A ban on abortion in Virginia?

Now that the Supreme Court has sent abortion back to the states, what will happen in Virginia?

The current law in Virginia allows abortion during the first and second trimesters of a pregnancy which means abortion is permitted up to 26-27 weeks of gestation.

The Governor would like to see a new law that bans abortion after 15 weeks.

However, some elected representatives in Richmond and in Congress would like to see a complete ban on abortion in Virginia. Last Saturday 5th district Congressman Bob Good’s staff organized a rally in Richmond to call for such a law to be passed. More on the rally organizers, supporters, and bills proposed here.

“We will make those decisions come in January, we’ll come together as legislators that will give us time to talk to the folks back home, who we represent,” said Chase. “They know where I stand on issues. 100% I’m going to stand with life. I do believe life begins at conception, 100%, and I will do everything I can to protect innocent life and ensuring that due process and the constitutional rights of the unborn are also protected.”

“I’d like to see Governor Youngkin say that Virginia would not do business with companies that promote, support or perform abortions,” said LaRock. “I’d like to see him do that, perhaps in a coalition of governors.”

LaRock also proposed that Youngkin pull funding from schools, including Virginia Commonwealth University and the University of Virginia, unless they agree to stop performing abortions at their medical facilities.

“Taxpayers of Virginia should not be having their dollars sent to institutions that perform abortions,” LaRock said.”

With Republicans controlling the House of Delegates, legislation banning abortion could pass there next year. It’s much less likely to pass in the state Senate where Democrats are in control by one vote. Republicans most likely ally in that chamber is Senator Joe Morrissey (D-Richmond) who has said he is personally opposed to abortion but will not vote to ban it. Without him joining Republicans to vote for a ban on abortion it is very unlikely to pass.

“As many know, I am personally opposed to abortion, just like Senator Tim Kaine. Still, I defend the position that women should have safe access to the procedure, at the very least, up to the moment a fetus can feel pain which many agree is 20 plus weeks of a pregnancy; in cases when a mother’s health or life is at risk; in cases of rape that result in a pregnancy; and in cases of incest that result in a pregnancy,” said Morrissey in a statement. “Just to be very clear: I do not believe the government, whether Federal or State, should be telling women what to do with their bodies.”

A ban on abortion in Virginia? was last modified: July 15th, 2022 by Jeanine Martin

Bob Good is an ahole. Did you see his vote today?

““I’d like to see Governor Youngkin say that Virginia would not do business with companies that promote, support or perform abortions,” said LaRock. ” lol, just too dam funny.

Paging Ken Reid…. btw, are you guys also all down with testing women before they will be allowed to leave the Commonwealth…?? Or will that be the next step… I see contraceptives are on the block as well… thanks for your honesty Vic

What happened to only in rape, incest, etc.? Why 15 weeks? Why not 10 weeks? The other question is about contraception – is that free?

All good questions that politicians will have fun playing games with. What is 15 weeks – can it be 15 weeks and 3 days? And should people be held accountable for not using birth control? And how is rape or even incest proved without an arrest – see Ohio 10 year old situation? And finally, who pays?

Ummm… even if every single person used birth control every single time perfectly, there would still be more than 1 million unwanted pregnancies in the US every year.

Also, I know this may be news to many a Conservative but if a 10 year old is pregnant she was raped.

You need to stay away from math. Like most democrats, you don’t understand it. When you try to apply it practically you get the bidenite disaster.

By the way, there have been instances of pregnancy without sex. But, since you don’t believe in Jesus, you can’t conceive of anything other than sex. Again, a typical democrat driven by hyper sexual ideas.

Ummm, the “failure” rate for contraception is based on pregnancy rates when it is used. That means that 9 out of every 100 women using the pill (for instance) will get pregnant each year. With 72 million women in the US of child bearing age that actually means a potential for nearly 6.5 million unplanned pregnancies every year (if they were all using contraception correctly) so I was being very conservative with my figures.

1) I’m glad the Supreme Court is making legislatures to their damned jobs and 2) Dave LaRock, well, he rocks!

We should not call it a ban – that is democrat language. It is limiting abortion. A ban would be from moment of conception.

Yes, exactly. That is what is being proposed by these state senators and Delegates, a ban from conception. Read the Amanda Chase quote again.

Youngkin is talking the 15 week limitation and that seems to be the likely outcome. I am tired of republicans constantly agreeing with democrat language and having to react to it. They set the conditions of the debate and leave us at a disadvantage. Trump understood this and went on the attack and that scared them.

Yes, there is disagreement in the party. Some support Youngkin’s proposal which has more likelihood of passage, other Republicans in the Virginia General Assembly want a total ban as a number of other states has passed into law.