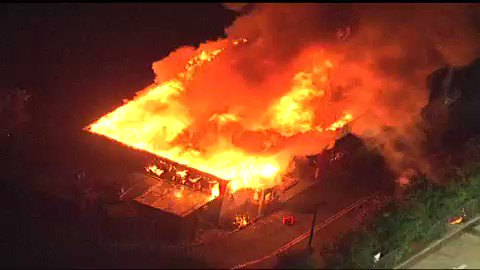 A Convergence of Interests

My buddy Al was rattling the crockery and muttering to himself as I entered his coffee shop, earlier this week. Al spoke in muffled outrage through his mask, until I motioned that he should remove it so I could understand him. Sitting down to savor one of Al’s triple-caffeine mocha-fraps (with double whipped cream), I asked what was bothering him. I don’t think I had ever seen him so upset. Al was in full cry:

“What in the devil is going on in the country? Gang of thugs rioting, burning down businesses, hurting people and shooting cops! Other gangs occupying parts of cities and calling them independent ‘countries! City governments coddling disorder and actually complying with demands to defund and disband their police departments! What are we here? Venezuela? It feels like we’re living through Krystallnacht again! Can this ever be brought back to normal?”

I didn’t bother mentioning that not many people today know what Krystallnacht1was. But I did encourage Al to pour himself a cuppajoe and sit down to lower his blood pressure. I agreed that the situation was bad. But I also pointed out that it’s very confusing because the protests, demonstrations, and violence are not all flowing from a single issue, or being orchestrated by a single group. In fact, it looks like at least four interest groups are parties to the nationwide uproar. Before anything can be done, you have to know what you’re dealing with. Here’s the way I see it:

These include Black Live Matter and other non-affiliated people who have reacted publicly to the wretched case of George Floyd – the Minneapolis man who was unnecessarily killed during a routine arrest for a non-violent crime. The event was perfectly vile, and certainly should not have happened. It’s right to hold the appropriate parties responsible.

BLM has rushed in to join the “fun.” Of course, it’s not their first rodeo. They showed up several times during the Obama administration to protest controversial killings of unarmed black men by police. Most of those protests started out peacefully, but they eventually degenerated into riots as individuals and groups with violent agendas joined the demonstrations.

Arguably, those BLM protests and riots during Mr. Obama’s terms contributed to public disaffection with him and, by transference, with his intended successor, Hillary Clinton. Many political analysts (including Yours Truly) believe BLM’s protests, which became riots, effectively wrecked Mrs. Clinton’s campaign. She had plenty of her own baggage, but the riots were (in my view) the knockout punch. Whether BLM leaders intended that result is unknown. But knowing that they did it, perhaps they hope they can do it to Mr. Trump.

Whatever those dynamics may (or may not) be, it’s clear that many public officials and politicians are treating the ongoing violence and destruction as only legitimate demands for “racial justice.” But this is inaccurate and misleading. Other interests have converged to climb onto the anti-racism bandwagon and steer it into violence.

Ever-eager to brand Republicans as racists, Democrats have attempted to capitalize on the race-demonstrations in several of the country’s largest cities – most of which are governed by mayors, city councils and district attorneys of their own party. Dems’ first order of business seems to be a renewed nationwide campaign to knock down every statue which commemorates any person who was associated with the Confederacy, or who had some association with slavery, segregation or racism. Even statues of Christopher Columbus have been wrecked because of his 15th century “ethnic crimes” against the Indians whom he encountered in the Caribbean region.

This makes for great TV-drama, but why would statue-destruction be so important to Democrats? As I see it, it’s because most of those moss-covered granite soldiers of the old Confederacy – Columbus excepted – were also Democrats. The cheering protestors pulling down the statues might think they’re giving Republicans the bums-rush, but the truth was bound to come out if the statues remained. That would have ruined Dems’ current narrative about Republicans’ supposedly racist past.

A few of the protestors might have had the wit to ask: “How come Democrats are the good guys now, if they were the bad guys then? What’s going on here?” Better to bury the past (and its statues) now, before others start asking inconvenient questions like: “Why is President Trump supposed to be such an irredeemable racist, when his pre-pandemic economy had more minorities working, at higher wages, than at any time in history?”

The campaign to “cleanse” the Republic of all traces of our past racial sins has even reached the U. S. Congress. This past week, a resolution to remove statues of Confederate figures from the Capitol failed to gain support in the Senate. But in the House of Representatives, Speaker Nancy Pelosi has ordered removal of four portraits of former speakers who had ties to the Confederacy. The honorable speaker’s order had an ironic flavor, since all four of the “unpersons” – Robert Hunter of Virginia, James Orr of South Carolina, Howell Cobb and Charles Crisp of Georgia – were also Democrats. One analyst called removal of the portraits “…the latest meaningless gesture from Democrats, following the death of George Floyd.”

Others have called for elimination of any memorials to Woodrow Wilson – probably the most racist president of the 20th century2 – whose order segregating the Civil Service limited “people of color” to menial jobs only.3 There are even demands that Wilson’s tomb be removed from its place of honor in the National Cathedral. Agitators say it would be a fitting corollary to the removal, in 2017, of the Cathedral window which memorialized Robert E. Lee and Thomas “Stonewall” Jackson.

I oppose the statue-removals, because they are an attempt to rewrite the country’s history. All those Confederate generals, and even the racist politicians, depict a difficult past which we overcame at the cost of much blood and treasure. We are a better country now because of the sacrifice of countless unnamed patriots. Erasing those symbols will keep future generations from knowing how difficult it was to get through all that.

But statue-removal isn’t Democrats’ only gambit in the current uproar. They have gladly pandered to demonstrators by moving to defund and even disband parts of city police departments. Some jurisdictions have released prisoners to gain support from minority constituencies.

Democrat city and state officials have also exhibited an unseemly rush to judgment toward police officers involved in shootings of minorities – even before all the facts of the incidents are known. The Atlanta police department is in tumult because an officer involved in such an incident has been charged with murder and other felonies, despite the fact that the miscreant had seized the officer’s taser and was firing it at him. Numbers of officers are threatening to quit or call-in sick unless authorities reconsider the draconian charges.

Masked and black-clad members of the supposedly anti-Fascist group, AntiFa, have also rushed into action in numerous cities. Protesters were marching, chanting and waving signs over the death of George Floyd, but AntiFa forces have a different agenda. They’re not about justice, “racial healing” or any such tripe. They want to damage, destroy, injure and even kill, in order to de-stabilize society, wreck the economy, disrupt government, disband the police, and disarm the citizenry. They are mortal enemies of what we once called the Normal Culture.

Protect minority businesses and citizens? Are you kidding? If given the “space” to do it, black-masked AntiFa gangsters will wreck an entire city while Democrat fuss-budgets are still obsessing over some cop who shot a miscreant who was trying to hurt or kill him.

AntiFa are today’s Nazi Storm Troopers. They don’t want to “reform” anything, and they’re nobody’s ally. Democrats might think they can enlist them to help bring down Donald Trump, but they are making league with the Devil. They have no idea whom they’re dealing with. Imagining that AntiFa can be controlled, once they are let loose, is a suicidal delusion.

We’ll know that both Democrats and Republicans are finally serious about stopping the violence and restoring order when they start opposing, arresting (and charging!) the AntiFa thugs who want to bring down America. We have to quit fooling around with these guys. This is a very dangerous situation. We can’t let it continue.

I am not the first to wonder how all those BLM and AntiFa “protestors” seemed to show up, as if on cue, in all those cities across the country, as soon as the story broke about a white cop killing an unarmed black man in Minneapolis. It almost seemed like the protests, which quickly grew into violent, destructive riots, had been orchestrated. And besides that (as W. C. Fields famously asked), “Who’s paying for all this?”

Well, evidently a plan was in place, and someone was paying the freight for all those activists to be bused to numerous cities, and for all those pallets of bricks to be schlepped to strategic locations. Reports are now emerging that the “hidden hand” sponsoring and funding the riots is our very own George Soros – who made his bones in the Hitlerjugend, at age 14, by helping Nazis steal Hungarian Jews’ property.4

In 1992, Soros nearly broke the Bank of England by crashing the British pound, via an elaborate scheme which is too complex to recount here. Today he is worth billions, and clearly he is no dummy. He is also a committed enemy of the entire American political and financial system, and he hopes to defeat Donald Trump by employing violent factions to de-stabilize the country with coordinated riots in numerous large cities. Soros is also funding efforts to corrupt voting systems across the country.

George Soros has free rein to disrupt our society, culture, economy and government by funding and orchestrating corrupt and violent activities. In an earlier time, the FBI would be investigating him for possible treason. Why isn’t that isn’t happening now?

Wake up, people. A viper is loose in your house.

A Convergence of Interests was last modified: June 20th, 2020 by Woody Zimmerman
0 comment