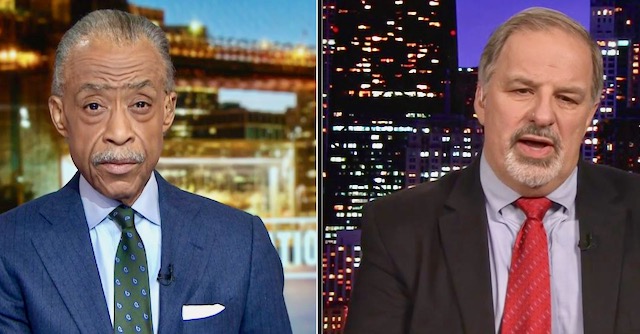 A few things about Mark Galli – Editor of Christianity Today

The Gospels talk about how Jesus met a tax collector named Levi, and sat with him, and worked with him until Levi’s heart turned and he could no longer steal from his fellow Jews.  We know Levi better as Matthew, the writer of the Gospel of Matthew. Jesus knew that He was sent here not to heal the “healthy” but to heal the lost and bring them closer to God.

Jesus’s main battles during his life were with the Pharisees and Saducees – the political class who used the laws of Moses as a club against the people of Israel.  Jesus spent much of his time trying to explain to them about God’s love – but the political class was more interested in their own power and prestige. One can be too holy for their own good.

Much is the case with Christianity Today’s editor Mark Galli, who published a rather scathing rebuke of the President last week, saying that evangelical voters should desert the President.  Mr. Galli makes an unusual argument, saying that the President has lost all moral authority to govern and that President Trump should be removed from office. Galli seems to believe that Trump had the Ukrainians harass former Vice President Joe Biden and his son Hunter, and thus Trump must be removed.  The fact that Biden bragged publicly about having a Ukrainian prosecutor removed seems not to trouble Mr. Galli one bit, nor does the fact that Hunter Biden was as qualified to earn a $50,000 per month salary from the Ukrainian energy industry as most of us are to perform brain surgery – does not bother Mr. Galli in the least.  Mr. Galli seems to believe that only people who are 100% sinless (aka none of us) should be in the public square on the Republican side. This is ludicrous and an impossible standard to live up to. If Mr. Galli is serious about this, President Reagan should have been removed during the Iran Contra scandal. No one thinks higher of Reagan than I do, but Reagan broke US law by engaging in an arms deal to ship weapons to our Nicaraguan freedom fighting allies through the Iranian government.

Another problem that Mr. Galli seems to be conveniently ignoring is that President Trump broke no US laws here by having a conversation with Ukrainian President Zelensky.  If Mr. Galli has a problem with Trump’s style and/or language, that would be one thing. But the problem is that – no matter how much the Never Trumpers want to admit this, you should not be able to impeach a President or public official unless they have broken the law of the land.  Galli compares Trump to Clinton and Monica Lewinsky. Problem is that Clinton wasn’t impeached for having an affair with an intern – Clinton was impeached for perjury and obstruction of justice during a civil rights court case. https://www.christianitytoday.com/ct/2019/december-web-only/trump-should-be-removed-from-office.html

Mr. Galli, to reach a farther audience, decided to be interviewed by no less than the “Reverand” Al Sharpton.  Aka he who does not pay his taxes and he who perpetrated the largest racial hoax in the USA back in the 1980’s.

So Mr. Galli wants to have Donald Trump removed basically because his feelings are hurt, or that Donald Trump is not a perfect man.  But remember what Jesus accomplished through Levi aka Matthew. Matthew the tax thief went on to be one of the great Christian leaders of history.  https://www.aol.com/article/news/2019/12/23/christianity-today-editor-reveals-the-point-trump-crossed-the-line-for-him/23886455/

On the minus side, Trump says things that cause concern.  On the plus side, Trump has done more to Make America Great Again than any president.   Trump has been appointing pro life originalist judges to the bench – and has flipped the 9th Circuit Court of Appeals from far left to right of center.  Trump has led a rebirth of manufacturing jobs in the USA. Trump has led the fight for freedom to worship as we see fit.  Trump has helped to end the war in Korea. ISIS is on the run. All these things Mr. Galli seems to have missed.

The perfect is the enemy of the good, or in this case, Great.  Quite frankly by any measure, Trump is the best president since George Washington.    And Mr. Galli really should take the pole out of his own eye before worrying about whatever speck of dust is in Trump’s eye.