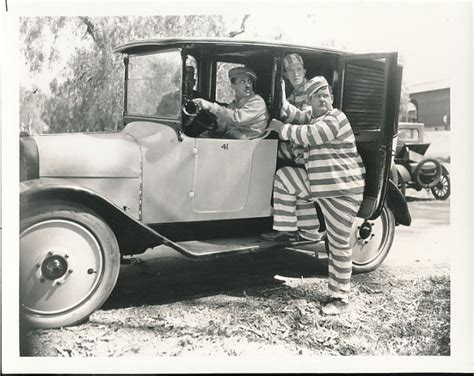 Laurel and Hardy, the great comedy team from cinema’s early days had a long-running schtick that seldom varied. The bossy, officious Hardy would involve them in some improbable situation that would turn out disastrously. Exasperated, Hardy would finally turn on the hapless Laurel, shouting, “A fine mess you’ve gotten us into…”

The legendary duo came to my mind again in recent weeks when the three top officials in Virginia state government – i.e., Governor Ralph Northam, Lieutenant Governor Justin Fairfax, and Attorney General Mark Herring – found themselves in what Ronald Reagan called “deep kimschi,” resulting from naughty (or semi-naughty) things they had done during their wasted youths.

First came the disclosure that Governor Northam’s 1984 yearbook page, when he attended Eastern Virginia Medical School, contained a photo of two people: one dressed in Ku Klux Klan regalia and another made up in comic-blackface. Neither individual in the picture can be identified, but it was assumed that Mr. Northam was one of them. The controversial photo was immediately denounced as intolerably racist, followed by demands for the governor’s resignation.

After a week of flip-flops in which he first acknowledged that he was in the photo, then said he wasn’t, and finally admitted that he was (but couldn’t remember which individual he was), Mr. Northam declared that he would not resign over a 35-year-old photo that didn’t represent who he is now. At this writing he is hanging on as the storm swirls around him. There is talk of impeachment in the Virginia House of Delegates.

The calls for Governor Northam’s resignation were loudest when it looked like he would be replaced by Lt. Governor Justin Fairfax, 39, a rising young star in Virginia Democratic politics. Many Democrats welcomed the advent of a black Virginia governor, until Vanessa Tyson – a college professor at Stanford University – came forward to accuse Mr. Fairfax of having assaulted her sexually at the 2004 Democratic National Convention in Boston. Soon after Dr. Tyson’s charges, another accusation came from a Maryland woman who claimed that Mr. Fairfax assaulted her in 2000, when they were both students at Duke University. These accusations produced immediate calls from Democratic Party leaders, including the Virginia Legislative Black Caucus, for Mr. Fairfax’s resignation. Half of Mr. Fairfax’s staff resigned during the past week, but so far he has given no sign of stepping down.

Next up to the plate was Virginia Attorney General Mark Herring, 57, who follows the lieutenant governor in line of succession for the governor’s chair. Just a week earlier he had condemned Mr. Northam’s yearbook-photo, saying it was no longer possible for him to lead the state. But when new rumors began to swirl, Mr. Herring admitted that he had put on blackface in 1980, when he was a student at the University of Virginia. In a public statement he apologized for the pain he had caused by his careless actions. Mr. Herring led the campaign in 2014 to overturn Virginia’s ban on gay marriage, but that evidently did not mollify those who are offended by his past “racially insensitive” behavior.

Those three crises opened a way – at least theoretically – for Speaker of the Virginia House of Delegates Kirk Cox to become governor, since he follows the Attorney General in line of succession. But Mr. Cox is a Republican, so his elevation would produce a political earthquake in the Old Dominion. He has shown no eagerness for this, however, saying there is “rightful hesitation” about removing any of these three men from office.

Virginia Democrats would probably be glad to see the backs of these “miscreants,” to stop the political bleeding. But they know that any booting-out must be done serially, to keep Republicans from seizing the governorship. Should all three go at the same time, Democrats could not prevent Mr. Cox’s elevation. However, if some (or all) stay in office, voters will see that Democrats are serious only about Republicans’ past peccadillos. It really is a fine mess.

The irony, of course, is that the situation mimics Laurel and Hardy’s old shtick. The mess Democrats find themselves in is of their own making. The accusations hurled at Brett Kavanaugh last year during the Senate hearings, and the mob-like environment of those proceedings, were tactics used by Democrats to block the judge’s confirmation. Accusers came out of the woodwork with dubious accusations of sexual offenses they claimed Mr. Kavanaugh committed as a high school student, and the halls rang with the demand that a woman must always be believed. Requests for due process and verification were brushed aside as the mob closed in for the kill. After weeks of uproar, Judge Kavanaugh was approved by a whisker, 50-48. However, the model for future confirmation-battles was established. Democrats never expected it to be applied to their own, of course, but now here we are. Sometimes the monster you create becomes uncontrollable.

I don’t support Mr. Fairfax’s party, and I didn’t vote for him, but I don’t like seeing anyone get the bums rush on an unverified report of something a woman says happened 15 years ago. Rape is a serious charge that should be dealt with in a court of law, not in the tabloids, or by TV talking heads or politicians. The lieutenant governor might be guilty as charged, or he might not be. I have no idea. But Judge Kavanaugh was treated outrageously, and I don’t like seeing Mr. Fairfax get the same treatment. If this kind of thing continues, almost any public official might be drummed out of office by some unverified accusation. Who will be the better for that? It’s no way for a free people to govern themselves.

In Mr. Northam’s case, a kind of goes-around-comes-around justice is at work on two scores. Not only is he being hammered for something that happened 35 years ago – as was Judge Kavanaugh – but charges of racism that he hurled at Ed Gillespie during their 2017 gubernatorial contest are now coming back to hit him. Mr. Gillespie’s campaign ads had denounced sanctuary cities and MS-13 gangs as sources of crime. Mr. Northam artfully twisted those statements to accuse a decent and honorable man of “racist rhetoric and fearmongering,” and now he finds himself hoist with his own petard. There is undeniably a delicious irony in this.

Nevertheless, there is a serious lesson to be learned from Virginia Democrats’ predicament. Dems have been carelessly yelling “racist” at anyone who disagrees with them on nearly any issue, believing that they control the narrative and that the news media are on their side. This has led to virtual criminalization of stupid things that nominees for high office might (or might not) have done when they were schoolboys. It has all been wonderful fun, and it looked like a foolproof new way to bash Republicans. But Democrats seem to have forgotten that they have pasts, too, which probably include acts or statements that they wouldn’t want brought to light. Now they’re finding out that the tide can flow both ways.

The crux of the thing is an obsession with winning and power. When that happens to a political faction, its adherents start to believe that their opponents aren’t just wrong – they’re bad people who must be destroyed. That conviction gives them leave to do anything which achieves that end. And then things get really ugly.

Because of all this, there is much talk about the need for “civility” in our public discourse. That’s fine, but it’s worth pointing out that civility isn’t an act, or a “coat” that you put on to cover animosity or hatred. True civility is a result produced by these shared values:

On one of my last professional assignments, a dispute on some issue arose between several of my people that provoked bitter, acrimonious exchanges. In response I wrote a project-wide e-mail, reminding employees that this was just a job, not a matter of life and death, and that the issues which seem so important today wouldn’t even be remembered three years from now. “No issue,” I said, “is worth the price of a broken relationship, a bitter spirit, or a damaged reputation.”

Today I say the same to my fellow Americans on both sides of the political aisle. Most of us have silly things – maybe even worse than silly – in our pasts that we’d like to forget. Where is the value in raking up past mistakes and miscues to injure someone who is now a much different person? And how seemly is it to enjoy that person’s distress? The Germans call this Schadenfreude, which means taking pleasure from another’s misfortune. Is this what our politics has become? Is this what we have become? God help us, I hope not. Let’s get a grip here. This isn’t about law or policy, and it certainly isn’t comedy. It’s a matter of the heart.

The Bible doesn’t have much currency in today’s political environment, and might even be illegal in some quarters. But it does contain some important advice about these matters. I leave two particular nuggets for my readers’ reflection:

“Do not gloat when your enemy falls; when he stumbles, do not let your heart rejoice…” (Proverbs 24:17)

And John Adams’ ringing declaration: “Our Constitution was made only for a moral and religious people. It is wholly inadequate to the government of any other.”