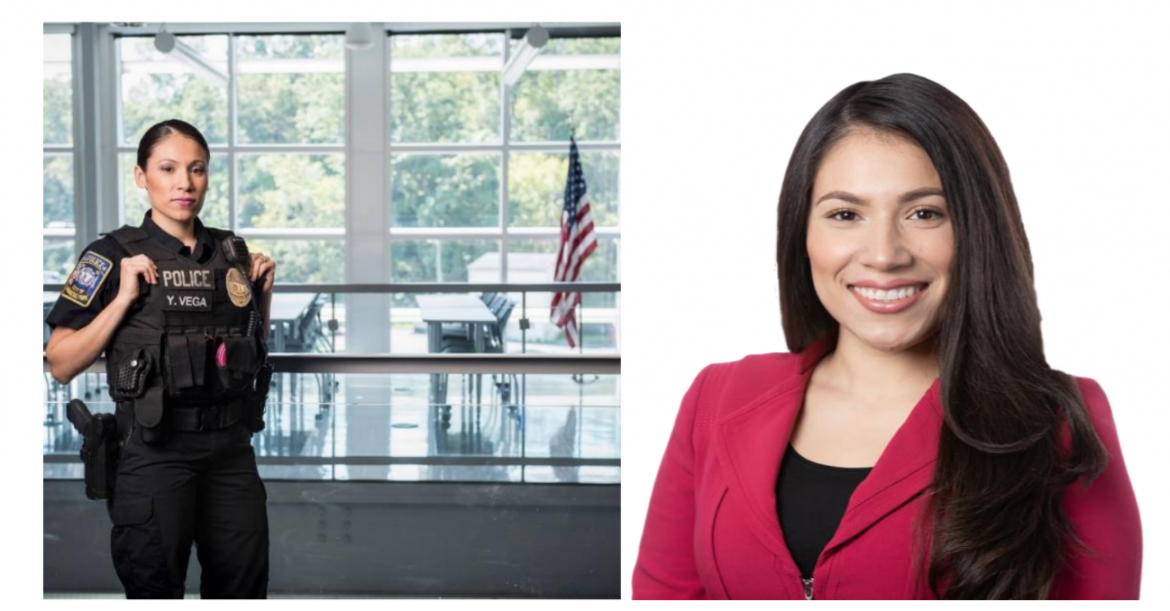 A Future Leader in the Virginia GOP

I first met Yesli Vega on a bus trip with a group of local ladies going to the Capitol to support the Supreme Court nomination of now Justice, Brett Kavanaugh.

With the subsequent elections, holidays, and beginning of a new year it seems longer ago than it’s actually been when that battle took place.
It was on that trip, in the midst of angry, profanity laced mobs (remember the people literally banging on and clawing at the door of the Supreme Court building?) that I got a sense of Yesli’s courage and commitment to conservative principles under fire.
Courage is in her DNA.

As a former police officer and Prince William County Sheriff’s deputy, Yesli put her life on the line for her community on a daily basis. I might add that she did so during the tumultuous years of 2015 and 2016 when it seemed that our law enforcement officers were under constant attack from the mainstream media and certain political leaders while working to keep us safe.

It was because of that courage and commitment to principle that I took the unusual step of endorsing Yesli in her open seat race for the Coles District Supervisor position being vacated by outgoing member, Marty Nohe (Marty is now running for Chairman of the Board).

Since then, others have had the opportunity to meet this remarkable woman and have followed suit, including former Delegate Bob Marshall and his wife Cathy; our immediate past Chairwoman of the Prince William County GOP, Dottie Miller; and most recently our beloved former Attorney General, Ken Cuccinelli.

I know from experience that you have to earn Ken’s endorsement. The candidates he gets behind must have a clear commitment to conservative values and a pathway to victory. As he said in endorsement of her “Who can argue with that combination?”I also echo the words in the opening paragraphs of Ken’s endorsement statement of Yesli:

“Yesli Vega is a breath of fresh air, and a bright spot for the future of the Republican Party in Prince William County and Northern Virginia.
We’ve been hoping for someone like her to come along that can expand our appeal and bring the gospel of conservatism to communities that haven’t traditionally voted Republican. I believe Yesli fulfills those hopes.”

As a Latina in a majority-minority county, a diverse region, and an increasingly diverse state, Yesli can be one of the bright spots in our party for a very long time.

Of course, none of that matters without a commitment to principle.
Fortunately, she has it in spades. She’ll be a conservative leader for Prince William County and Northern Virginia that we can all be proud of.

I can’t wait to serve alongside Yesli Vega on the PWC Board of Supervisors.

A Future Leader in the Virginia GOP was last modified: January 15th, 2019 by Jeanine Lawson

Jeanine Lawson is a guest contributor to The Bull Elephant and a Republican member of the Prince William County Board of Supervisors representing the Brentsville District.