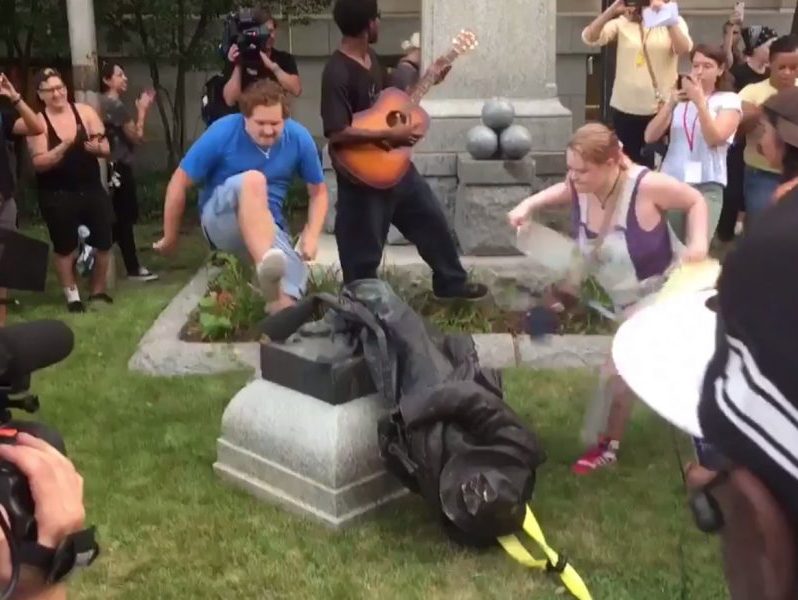 A Great Nation Does Not Hide its History

“A great nation does not hide its history; it faces its flaws and corrects them.” These words were spoken by President George W. Bush during the opening of the National Museum of African American History and American Culture in 2016. The museum prides itself on documenting and displaying all facets of the black experience in America – the good, the bad, and the ugly and lets visitors draw their own conclusions.

Recently angry mobs in an attempt to “right history” have destroyed and defaced statues that commemorate the southern perspective of the Civil War and honor those who fell for what they thought was a just cause. Very few southerners were slave owners or fought for the cause of slavery. Slavery was an abhorrent institution doomed to failure and will forever stain our past.

Yes. I understand that these monuments erected to honor a dying generation of southern Civil War veterans may be offensive to a portion of our population – I get that. However, let us not forget that in America, we were governed by a number of guiding principles as embodied in our Constitution: freedom of thought, freedom of expression, freedom to worship, freedom to speak, and freedom to associate with other groups and to have ideas that may differ from each other, even if they are the “wrong” ideas.

We once prided ourselves as a tolerant and civil nation but now unfortunately the opposite is now true. It appears our spineless “leaders” are now only governed by appeasement to the rule of the angry mob bent on destroying this great Republic. As Sir Winston Churchill stated “Each one hopes that if he feeds the crocodile enough, the crocodile will eat him last. All of them hope that the storm will pass before their turn comes to be devoured. But I fear greatly that the storm will not pass. It will rage and it will roar ever more loudly, ever more widely.”

Watching the statues of former southerners angrily torn down and vandalized reminded me of ISIS’s recent futile attempt in destroying all vestiges of Christianity because it did not fit their distorted view of the world. As hard as they tried, they could not erase history – history cannot be erased no matter how brutal and ugly it may be.

Well now that the majority of the statues of leaders of the Confederacy have been either destroyed or defaced in lieu of removal where do we go from here? I suppose our founding fathers Washington, Jefferson, and names of our military bases will be next on the chopping block as we continue to feed the crocodile – only time will tell.

A Great Nation Does Not Hide its History was last modified: June 12th, 2020 by James Poplar