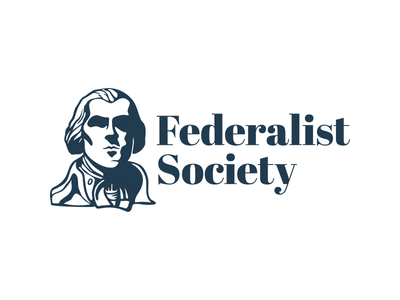 A Justice For All

Choosing a Supreme Court justice is much easier for a Republican president, than a Democrat president. The vetting process is almost always an easier proposition for Republicans. I believe that whether you are a liberal or conservative, you will concur with that conclusion.

The main reason for the challenge for, say President Obama or President Clinton, is that they have to get approval from so many special interest groups. The nominee must be absolute in protecting Roe Vs. Wade, regardless of the merits of the argument or constitutionality.

It used to be an unspoken rule for Democrat Supreme Court nominees that they must be willing to protect Democrat party interests and constituencies over all other considerations.

Presidential candidate Hillary Clinton did actually say it in an interview: “We have to preserve marriage equality,” Clinton said. “We have to go further to end discrimination against the LGBT community, we’ve got to make sure to preserve Roe V. Wade, not let it be nibbled away or repealed.”

Think about that. The Supreme Courts only job is to review court cases through the lens of the Constitution of the United States. Liberals like Clinton don’t care about the constitutionality of any case, they want to predetermine their outcome with a litmus test.

Now we can examine the Republican presidents Supreme Court process. The first one, of course, that nominees have judicial experience. Remember Obama pick Elena Kagan had never served as a judge a day in her life but was somehow qualified for the top judge post.

For the last 4 Republican presidents, the Federalist Society does all of the legwork and makes recommendations for federal judges. The society says its main mission “is to create a forum for legal experts of opposing views to interact with members of the legal profession, the judiciary, law students, and academics”

The Federalist Society, which does not lobby for legislation, take policy positions or sponsor or endorse nominees and candidates for public service, is funded through grants, membership, and donations.

What makes Federalist Society recommendation so important is that a judge’s personal politics is not a consideration. A candidate’s rulings and how they square constitutionally is the primary weighted qualification. Judges that lean toward legislating from the bench are not recommended.

As an example, Justice Scalia, Justice Roberts, Justice Alito, Justice Kennedy, and Justice Thomas were all Federalist Society recommendations. All have been stalwarts of constitutional jurisprudence.

The Federalist Society, like Gorsuch, believe in the rule of law, and eschew legislating from the bench. They believe that the judiciary is constitutionally endowed only with the power to interpret statutes and determine constitutionality, not create them. Justice Scalia once wrote that “this distinction is critical because it determines who governs: an unelected committee of judges with life tenure or the people’s representatives.”

As President Trump prepares to make his second Supreme Court selection, Americans can be assured that if his nominee comes from the lists of the Federalist Society in the mold of Neil Gorsuch, they will be getting a justice that not only is a legal scholar, but a constitutional scholar.

A Justice For All was last modified: June 28th, 2018 by Frank McDonough