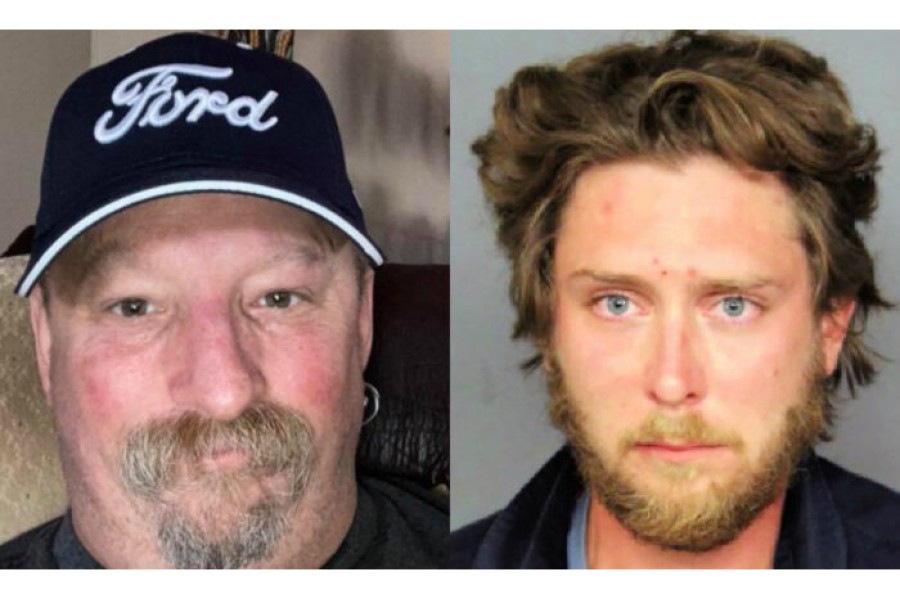 A killing in Denver

The second murder of a Trump supporter during a “protest”.

Contrary to the words of the Biden campaign and many Democrat lawmakers, ANTIFA is a many tentacled and constantly changing organization monster.  The extent of its threat to America is well known thanks to the riots that are occurring around the country.   However, every once and a while ANTIFA’s unreported acts of violence surface.

The killing of Lee Keltner, a Trump and Blue Lives Matter supporter, by  Mathew Dolloff, a security guard for a news team, seems to be an unfortunate incident.  But then things get strange.  Dolloff, who has now been charged with murder, is not licensed as a security guard.  His online profile is radical left with a lot of “Occupy”, ANTIFA and anti-Trump postings.  How did he get a security job at 9NEWS in Denver?

Another aspect of this horrific event involves Helen Richardson, a photojournalist who works for the Denver Post (and 9NEWS?).  She was following a well-known Black Lives Matter provocateur and got pictures of the killing.  (By the way, Richardson also happens to be a leftwing activist.) What are the personal as well as professional connections between this photojournalist, the provocateur, and her security guard?

The Denver police have stated that there was no connection to ANTIFA.  This conclusion was rendered quickly after the killing of Keltner and before the online history of Dolloff was known. The implication is that the police and the political establishment in Denver want this swept under the rug as soon as possible.  Can justice be done here?  It appears that blame the victim is already underway.

As the circle of accusations spread, Pinkerton was mentioned as providing the security.  However they have stated that Dolloff is a contract hire not an employee.  What are his references and who did the screening if he has no license to work in the Colorado or Denver security industry?  In addition, who decided to assign Dolloff to provide security for what is arguably a left biased news team?

It has long been recognized that news organizations in America, particularly those in major cities, lean heavily to the political left.  Their choice of stories and how the news is displayed reflect that bias.  What is of concern here is that violent elements of ANTIFA may have infiltrated a news organization –  and used the cover of news reporting legitimacy to foment and hide its illegitimate and now deadly intentions.

A killing in Denver was last modified: October 14th, 2020 by Dr. Robert Warren