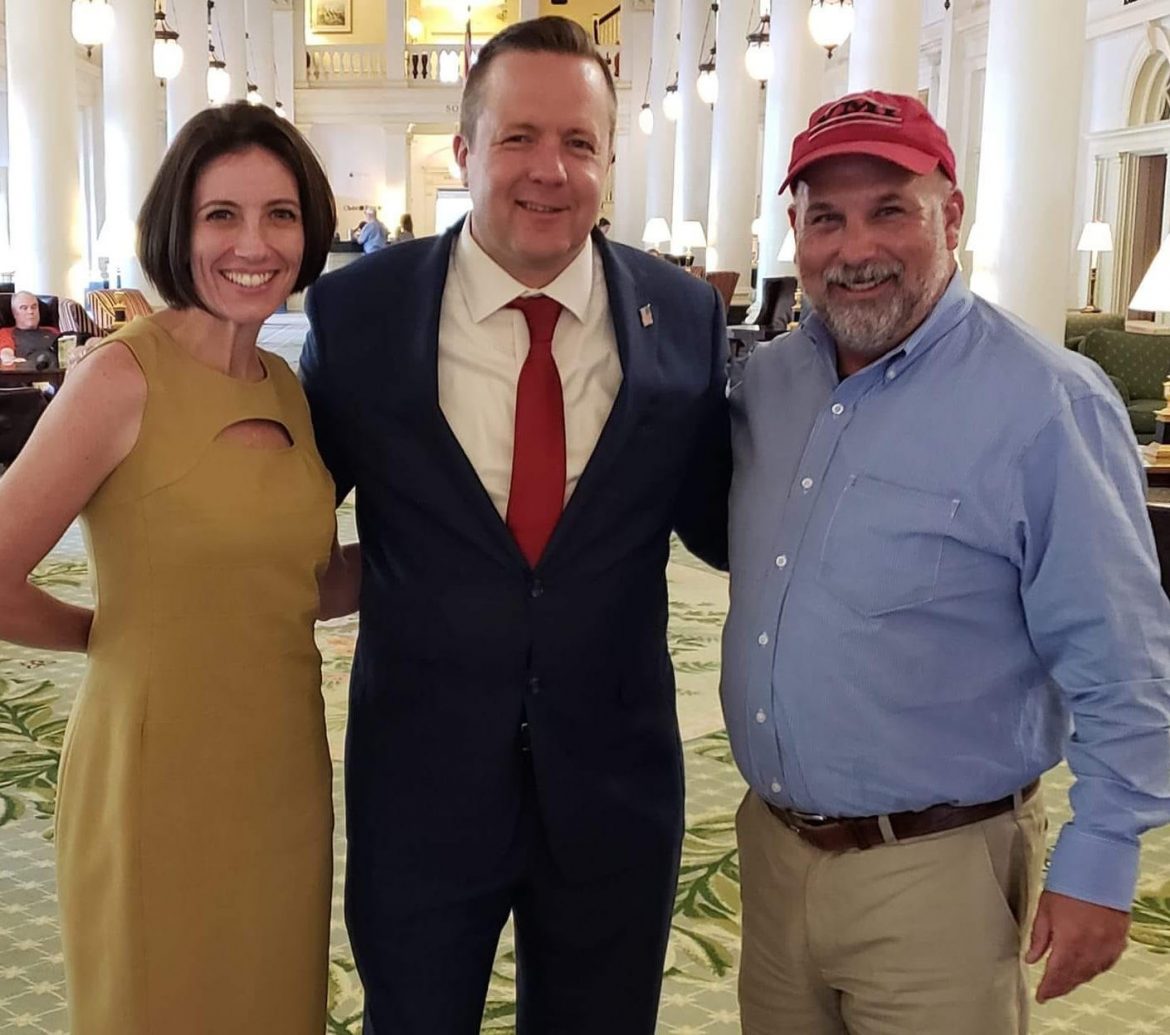 It has come to my attention over the weekend that 6th District Chairman Jennifer Brown’s domestic partner, Roger Jarrell, posted highly inappropriate, sexually explicit and insulting language in Republican Facebook discussion groups focused on the 6th District.  Also this weekend, he threatened two different individuals on Facebook with armed violence.  While it is well known that Mr. Jarrell is outspoken and aggressive on social media, these latest actions seriously undermine his reputation, as well that of the Chair of the 6th District Committee, current District Republicans and those we would like to attract to our party. If you want to see the posts, I have screenshots.  Thankfully, Mr. Jarrell has deleted the worst of them at this time.

In the past, when incidents of this type happen, Party leaders step in to quietly correct, rein in or remove those who tarnish the Party. As the fiancée and partner of our District Chair, Roger’s social media conduct creates a nasty image we don’t need as we work to rebuild from the devastating loss of the Legislature. Those new to the Party from the 2A process, many of whom saw the interaction between Roger and another poster, were appalled at the interchange this past weekend.  We have worked hard to get these patriots involved with Party activities, and should not have to be worried about alienating them before we have even had a chance to activate them, reliable Republican voters.

This is the time for Party leaders to step up and make the right call.  At this point, FB may be able to place Mr. Jarrell in Facebook jail based on the inevitable complaints regarding his verbal attacks, insults and threats. Chairman Brown has thus far been unwilling, and is probably unable, to deal with the situation. Some have suggested that the solution is that she step down from her position so that she can work with her fiancé to seek treatment for his ongoing inappropriate behavior.  We need new voters and volunteers to re-take Virginia, and Ms Brown needs either time, and/or some feedback from you, to help heal her family situation as well as the 6th District conversation.

Mr. Jarrell’s virtual and very public harassment and abuse of fellow Republicans impacts more than just some voters.  The rumor mills and the burned bridges are a major turnoff for both new and old Republican party members impacts your upcoming election, Mr Wilson, as well as every Republican candidate in the District.  I did not include Chairman Brown on this email, but I have no doubt she is aware of this ongoing situation, but she may be too close to the problem to recognize the impact it is having on conservative and Constitutional voters throughout the district.

I’m making you aware of this, and of my expectations that those who have the most to lose here will want to make a call and solve a problem that needs solving.  As a person who has been on the receiving end of Mr. Jarrell’s rude, misogynistic, and ignorant comments in the past, as Secretary of our 6th Congressional District Committee, I sincerely hope you can do your part to make sure that more Republicans who vote and serve don’t get the wrong idea about who and what Republicans are.

(Editor’s note, an example of Mr. Jarrell’s threats on Facebook:

Is Roger Jarrell threatening to shoot Mr. Bethea? It sure sounds like it. The messages are also crude, rude, and disgusting. Our party can do better!)