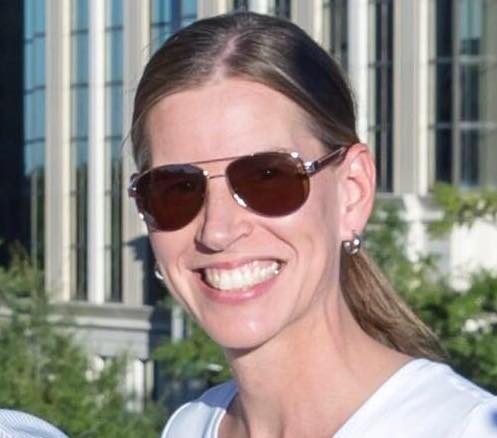 Kristi Way, 1st Vice Chairman of the State Central Committee, has written a letter to the committee with a new plan for this year’s convention currently scheduled to take place on May 8th in Lynchburg. The letter is signed by Way and 30 other members of SCC who supported a primary over a convention. The letter follows:

The decisions of Tuesday’s meeting of the State Central Committee, rejecting a Canvass  with ranked choice voting and approving a May 8 Convention Call for Liberty University, have  resulted in some new and unusual challenges for our party.

Information learned after Tuesday’s meeting about the suitability and availability of the  location and facilities for the Convention have generated concern among Republican activists  who want to participate in our nomination contest. As was the case last year when nominating  conventions were delayed due to the COVID pandemic and resulting executive orders by  Governor Northam, decisions intended to bring certainty have not yet done so.

The day after our meeting, Governor Northam raised the limit on outdoor gatherings from  10 to 25, but left the indoor limit at 10. This latest gubernatorial edict makes it difficult for unit  committees to obtain suitable locations to conduct Mass Meetings to elect convention delegates.

These circumstances pose substantial obstacles to conducting a successful Convention.

We, the undersigned, voted to select our nominees in a Primary. When the State Central  Committee rejected a state-run process in favor of a Convention, we initiated negotiations with  Convention supporters. We hoped to reach a compromise that would maximize participation by  Republican voters, employ ranked choice voting, be conducted safely, and limit opportunities for  interference by Governor Northam. Through four sessions of negotiations, Convention  supporters declined to move from their original position. Ultimately, State Central rejected our  compromise of a Canvass with ranked choice voting. Now, neither a Primary nor a Canvass with  ranked choice voting are options available to the State Central Committee.

As members of the governing body of the Republican Party of Virginia, we have a  responsibility to facilitate the nominations of our candidates for Governor, Lieutenant Governor,  and Attorney General. And, it is imperative the process be successfully executed to preclude the  State Central Committee from determining any of these nominations.

We are today proposing the following to ensure the successful completion of the 2021  Republican Party of Virginia Convention, and submitting our proposal to Chairman Anderson  for consideration at the next State Central Committee meeting:

 Allowing remote voting by unit on the day of the Convention. This change would permit delegates elected to the Convention to cast their ranked choice ballot at a location designated by their unit. Delegates would have the option of voting at the Convention or at their unit’s remote voting site, located in or near their locality. Smaller adjoining units would be permitted to combine sites, so long as the votes at any site are cast by unit.  This would reduce the number of delegates having to travel to attend the Convention in person while maximizing delegate participation. This accommodation is possible because the Convention will be using ranked choice voting. Ballots would still be tallied by unit to reflect weighted vote strength, with final tallies being tabulated and announced at the site of the Convention. And unlike the proposal to conduct an “unassembled”  Convention, this change would allow for smaller, more manageable remote voting locations that are less likely to run afoul of the latest restrictions imposed by Governor  Northam.

 Limiting the ballot to the nominations for Governor, Lieutenant Governor, and  Attorney General. With more than 15 candidates declared for the three nominations  being contested, the ballot for this convention will not be short. While ensuring our  nominees command majority support, this will be the first time the majority of  Convention delegates will be using ranked choice voting. Limiting the ballot to the three  offices will keep the focus on the nomination contests, reduce voter confusion, and  restrain the duration of the counting process.

This comprehensive proposal will allow the 2021 Republican Party of Virginia  Convention to be conducted safely and successfully, while maximizing the number of delegates  able to participate. Moreover, it will limit opportunities to prevent the Convention from  proceeding because of restrictions related to COVID-19 imposed by Governor Northam.

So you may review the specific wording of this proposal, we have attached our letter to  Chairman Anderson requesting it be included on the agenda for our next meeting.

We have agreed to this proposal to address the circumstances in which the Party now  finds itself. By affixing our names to this letter, and by submitting this proposal to the Chairman  for consideration at the next State Central Committee meeting, we are committed to supporting  it.

As we did when advancing our compromise proposal to select our nominees by using a  Canvass with ranked choice voting, we call on all State Central members to support this  proposal. In the interest of Party unity and to increase the likelihood of a successful Convention,  we also ask Chairman Anderson to support this proposal and to exercise his prerogative to vote  for it.

We look forward to our next meeting and to nominating a Republican ticket that wins on  November 2.