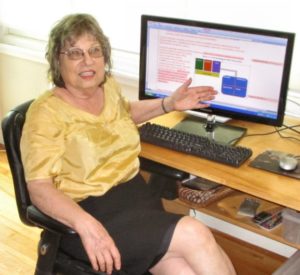 The inexpressible joy of Easter in my household was broken late Sunday with the news that our friend, fellow conservative warrior, writing colleague and sharp-eyed critic, Susan Freis Falknor, had passed away suddenly at her home in Bluemont, Virginia.

Susan and her husband, Richard Falknor, have been a staple in Virginia and Maryland conservative politics for many years and co-published the Blue Ridge Forum.

They both ran the Maryland Taxpayers Association and the Maryland Center-Right Coalition for many years, worked for conservative candidates throughout Loudoun and Fairfax County, and in 2016 were early organizers for the Trump Campaign in western Loudoun and adjacent counties.

Susan had an extensive career with foundations such as the American Enterprise Institute and for the last number of years ran her own business, Plain Words Copywriter, providing sharp analysis and expertise to businesses and writers alike. In addition, she became a moving force for historic restoration projects in Bluemont.

I first met Susan in the earliest days of the Tea Party movement, where we ended up as tablemates at an event, and we quickly learned that we shared a love for the language and well-turned phase and the right word used at the right time. She became a frequent sounding board for me in the too few years since, and I would often receive notes from her on something I had written or sent to her.

She tolerated some of my Texas-bred oddities of phrase while I respected the boundaries of her refined sensibilities, sending her only the very best of my country music picks.

In both my first and second novel, Susan, herself a published poet and essayist, was a gracious critic. She would suggest construction changes and politely point out that a particular line sounded like nails on a chalkboard. And she was quick with praise.

The world of words and the world of conservative activism is now less for her passing, yet richer for her time with us.

William Shakespeare was a man who knew something about a good turn of phrase, so I send my friend away with his words;

I count myself in nothing else so happy as in a soul remembering my good friends.

(A memorial service will be held Saturday, April 22, at 10AM at the Bluemont United Methodist Church)

We are sorry for any death. We pray hope will abound for her family and friends who will miss her and cherish having know her.

Apparently, from the bio, she had access to all the health care resources that she would need. So we ask: was her activism to ensure that others were treated with the same care that she treated herself? Did she work hard to ensure that others had access to the same good quality of health care resources to which she had access? Because that is the central question asked of by the Lord Jesus Christ, who may or may not be her Savior.

Oh, my she will be missed! We subscribe to their posts and particularly liked the coverage they gave during the 2016 campaign to the clever, creative, and courageous “Overpass Electioneering” – great signage and a good, cheap way to get the message out to bored commuters.

As editors for people whose first language is not English, we have become even more acutely aware of the limits of what may be said by us mono-linguists. For example, the strange, non-IndoEuropean constructions in, say, Hungarian, stretch the mind. Not to mention the effort involved in attempting to be faithful to the speaker/writer’s message, some of it couched in idioms that seem strange to an ear trained only in English.

[Unfortunately I suffer from CRS or I’d share a few of them, just to demonstrate that even English, the greatest borrower of words and idioms, can run into a wall when parsing non-Indo European phrases – not just Hungarian, but the Uralic group, of which Finnish is one.

Lord, I am surely going to miss Susan’s kindnesses. Poor Richard, to suddenly have half his heart ripped out. Many people claim they want to leave suddenly, but perhaps they don’t stop to think of the trauma for those left with a black hole where there used to be a living, vibrant person. My adult daughter died suddenly. As I awoke the next morning, the first thing I heard was my daughter’s echoing amusement as she asked, “So, Mom…what are you going to do on this the first day of the rest of your life without me…?” That was certainly a central existential question for me, one I continue to answer…

Leave a Reply to gates of vienna Cancel Reply