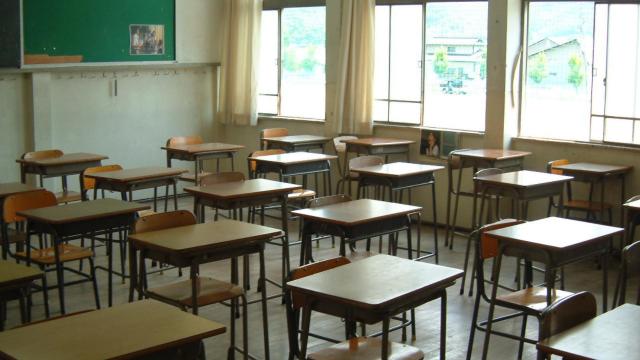 The scramble to handle tens of thousands of displaced students provides a crucial opportunity for innovative reform.

Hurricane Harvey has left Houston’s citizens displaced, damaged, and in need of an opportunity to rebuild. Luckily, the destructive hurricanes of our country’s past have left a model for recovery that Texas is prepared to utilize. With hundreds of devastated schools, Houston must look to New Orleans for proof that school choice can provide students and parents with bright prospects following the tragedy.

Principals and administrators reported working last Monday for the first time this school year, only to find dozens of buildings with severe flood damage. NPR reports this week that as many as 25,000 students could be displaced, while administrators scramble to find bookcases and computers in this expensive cleanup.

But Houston does have options.

The Texas Tribune explains the Texas legislature should make home schooling and virtual schooling a legitimate option for enrollment for students affected by the storm. While parents are transitioning students across districts and rebuilding their homes, a virtual classroom or home schooling is one of few options to provide continuity in their child’s education.

Because Texas has a part time legislature, this can only happen if Governor Abbot (R-Tex.) calls a special session. The next scheduled legislative session is not supposed to happen in Texas until January 2019.

Houston’s school system has had problems for years; while suburban schools are improving, urban schools have been consistently under performing. This was a similar dilemma New Orleans had before Katrina.

When Hurricane Katrina surged through the Gulf of Mexico into Louisiana on August 29, 2005, the 56,000-student public school system here, already crippled by corruption and incompetence, was wiped out…State authorities and school reformers saw an opportunity born of necessity. Even before the storm, Louisiana officials had set up a special state authority to take over the worst schools in a school system where only half the students earned diplomas. After Katrina, the Louisiana legislature turned over 80 percent of New Orleans’ 126 schools to the Louisiana Recovery School District with a mandate to recreate them as charter schools.”

With tragedy ravaging all of the New Orleans school systems, charter schools provided a bright spot for hope and renewal.

Just ten years after Katrina, the percentage of students passing standardized test nearly doubles to 62 percent, while the districts graduation rate climbed to 73 percent. The aforementioned U.S. News report explains, even in a city beset by poverty, the assistance of groups like Teach for America sparked new innovation into the charter schools, dramatically improving their performance.

This increased prosperity and hope for parents across the state. A report from the Education Research Alliance found that when parents were given the choice as to where they wanted their children to go to school, 86 percent chose to send their child to a school other than the nearest option.

Parent’s want control over the schools their children attend, and when they have it the improved performance is clear.

As Houston scrambles to find an education plan for thousands of students post-Harvey, implementing reforms that promote school choice is a necessity.

Education Secretary Betsy DeVos has made school choice a pillar of her role, now she will finally have the chance to implement it. While Katrina was a tragedy, it taught the country that when parents are given the opportunity to educate their children in a way that works for them, they do it well.

As Houston attempt to rebuild, looking to options such as homeschooling, virtual schooling, charter schools, and open districts provides the people hope for improvement a hope they desperately need right now.