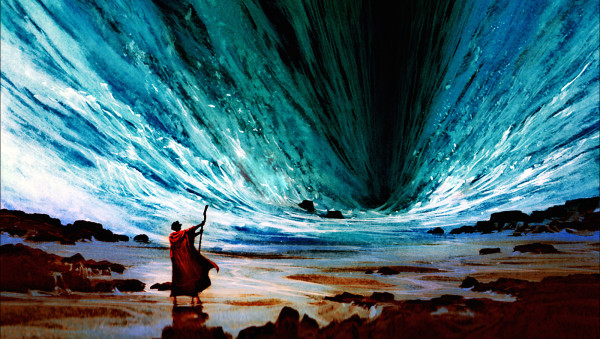 A Season of Miracles

Every time I tell this story, I have difficulty finishing.  But this is the season of miracles so its commitment to paper is not only appropriate but about time.  When you get to the end, I think you will understand why I have so much trouble, and why I find it so glorious.

You don’t often find miracles in your office.  You go to work, exchange pleasantries with your co-worker, and then set about doing the day’s work.  But this is a different office story and I dedicate it to Lyn, a happy and often boisterous single mother with a strong and abiding Christian faith.  A faith which she and her family very much needed.

Lyn and John met in my office, and a more odd couple you could not imagine.  Lyn was the extrovert and John was the introvert.  Lyn was a big woman and John a small man.  But, as they say, opposites attract and so they married.

There was one unfortunate problem.  Lyn had brain cancer.   For some period of time the National Institutes of Health threw everything known to the medical profession at her disease.  Eventually, however, treatment failed and all treatment was stopped.  For all intents and purposes, Lyn was dying.

Lyn and John decided to take a last vacation at the Outer Banks.  We all knew what was expected to happen – we would never see Lyn again in this life.  One of the things we decided to do was send her flowers at the beach.  The reasoning was simple, she loved flowers and it was better sent while she was alive to enjoy them than to have them scattered around at a funeral service.  And so, the flowers were sent.

A week passed, and Lyn amazingly appeared in the office.  She was radiantly happy and proclaimed “I am cured”. ( John looked like a deer in the headlights, confused and stunned would be an accurate description.)  How is this possible we asked Lyn? Well, while at the beach, Lyn received a visitor cloaked in light.  The visitor, who she said was Jesus Christ, told her that her work on earth was not yet done.  In that instance, the cancer was gone.

To confirm that the cancer was truly gone, Lyn went through a battery of blood tests and scans at NIH.  Yes, the cancer was gone, and gone by miracle.  From what Lyn told us, the doctors and nurses fell to the floor and prayed.  What had happened was one of the rarest of gifts given by God to mankind – a miracle of life.

Some of you may think this story is bunk, but Lyn told it to church and ladies groups around the area.  Some may even remember its telling.  Some of you will think that something like spontaneous remission occurred, and maybe it did.  Me, and I hope some of you, will recognize this for the miracle it is.

To be truthful, I have told this story but this is the first time I have written it down, and it still brings tears to my eyes.  This is the season of miracles and giving, and thus I give this to you.

A Season of Miracles was last modified: December 24th, 2017 by Dr. Robert Warren

This may seem off-topic, but it’s been bothering me, so I ask: Do you clear the right to use the art and photographs you feature here on TBE? Whomever labored to produce the beautiful fine art attached to this commentary — the artist — has rights to that work, or has assigned them to another party (aka rightsholder). Reproduction of this work without authorization is infringement.

Another example: The photograph in the Atif Qarni story before this one. It was taken by a professional photographer who owns the rights in it. Infringment by unauthorized reproduction can bring $150,000 in what are called statutory damages (an amount set high to discourage petty theft against artists), and yet it could be licensed easily for between $25 and $50 (these are typical market prices in 2017).

You may well have secured the right to use the art and photographs you post here. Something in writing, something more than right-click, save and reuse without so much as requesting the permission of the photographer/artist or rightsholder involved. I hope so. The alternative is hard to defend: Accidental infringement is one thing, purposeful, repeated posting of other people’s work without authorization while selling advertising is all together another.