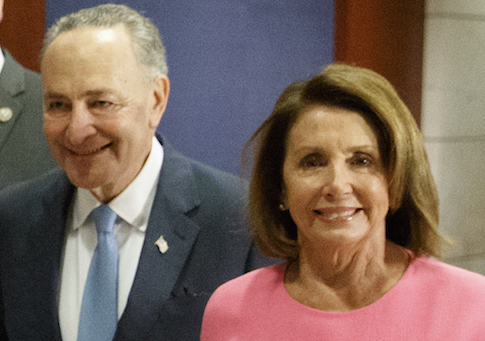 A Snarky Fix For What Ails Congressional Republicans

I have found the solution to what ails the troubled Republican Congress. It is becoming clear that conservatives in the House and Senate are not going to buckle under pressure from House and Senate Leadership; and we may assume that any conservatives voting against Trumpcare can expect well financed primary opponents in their next elections. It is also clear that the Kasich/McCain wing of the Republican Party will absolutely block any attempts at a simple repeal of Obamacare. This makes it impossible for conservative Republicans in the House to keep their promise to their constituents.

As I indicated in a previous post, I believe Ryan and McConnell are dedicated to making sure that conservatives (with whom they have no working relationship) are kept out of this process. The result will be a failure for conservatives to get a full repeal and for leadership to get their Trumpcare fix. So what should they do?

Well, I have the solution for Speaker Ryan and Leader McConnell. Once the Republican bill fails (if it fails), Ryan and McConnell should reach out to Nancy Pelosi and Chuck Schumer and ask them to write an Obamacare fix. The Democrats can sponsor the bill with the promise that Republican leadership will kill any amendments offered to whatever the Democrats put together to save Obamacare from its inevitable implosion. Ryan will guarantee enough Republican votes in the House to pass this groundbreaking bi-partisan legislation and McConnell will provide the votes in the Senate (McCain, Graham, and Collins).

Obamacare is fixed in a way that will please both the insurance companies and the Democrat Party, Obama’s legacy will be preserved, and Ryan and McConnell can feign leadership, in this our most difficult time.

I can just see it now; Speaker Ryan walking into Pelosi’s office saying, “Save us Nancy Pelosi. You’re our only hope.”

Oh Look! The Turtle and Pelosi are on the same page. Why, such bipartisanship feelings are so beautiful to witness.

Yeah, it’s hard when you get hooked on a feeling. Isn’t it?

They cannot fix healthcare because of the checkbook carrying lobbyists.

I sure hope that it doesn’t go down that way. One good thing that I can say about McConnell is that he advised the Senate to hold off any discussion on the bill until the CBO does a cost analysis.

The turtle is really good at dragging things out.

Not dragging things out. Cost is a very important data point in any decision. If an honest cost assessment of Obamacare was made before the vote, we wouldn’t have it now.

And somehow you think McConnell has more trust in any CBO cost analysis review than the WH has?

This is the turtle doing what he does best. Slooow to go, wins the race.

And you prefer no cost analysis at all.

I’ve done all the cost analysis I need to. Pass or fail, this bill will put Pelosi back in charge. Maybe that’s been the intent all along.

It’s not like the Congressional Republicans haven’t joined pelosi and Schumer before.

True. It would have smarter to let the Democrats right the bill in the first place if there was no uniformity amongst the GOP. The Democrats have a strong caucus that votes together. The Republicans don’t. Which means, even with majorities, the is no majority.

The smarter move would have been to not put pen to paper in the first place. Instead of the penalty tax being removed, the republicans push it to 30 per cent. Citizens aren’t going to care what the whole dollar amount actually will be, all they going to see is a THIRTY PERCENT TAX!