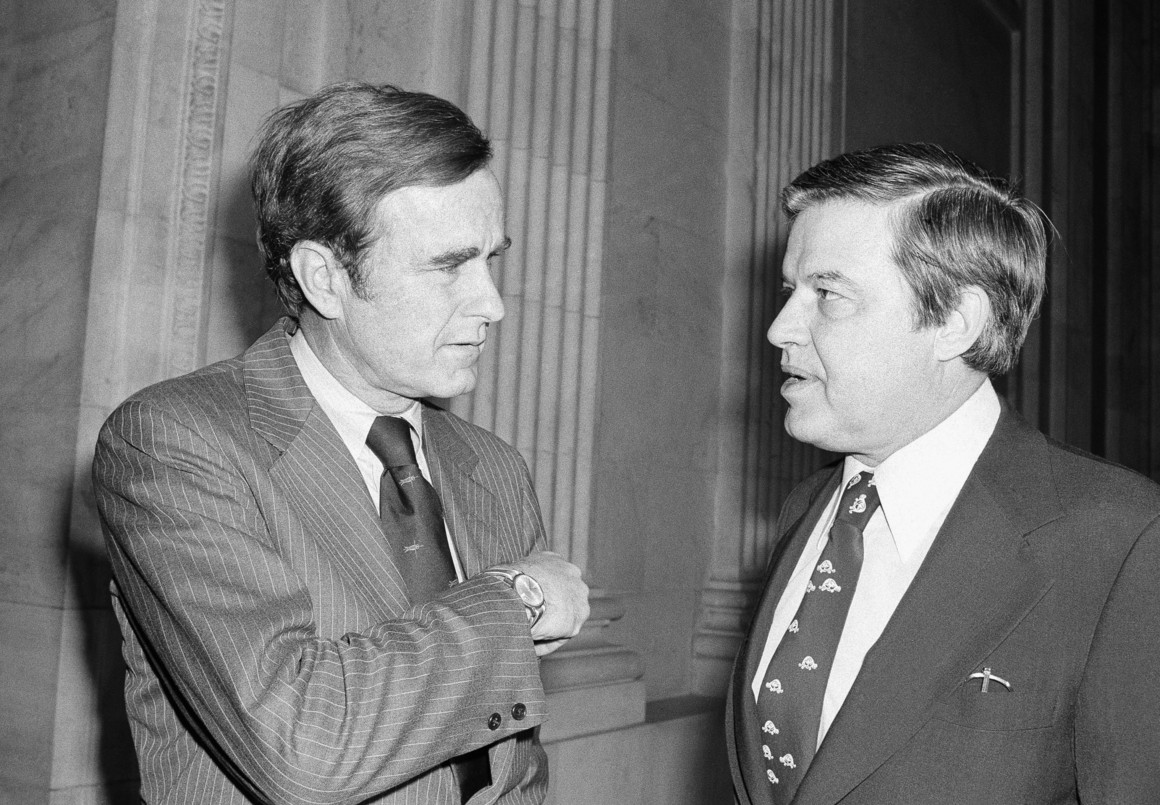 Websterâ€™s Dictionary defines the term DÃ©jÃ  Vu as â€œa feeling that one has seen or heard something before.â€ These past few weeks I have experienced that feeling, in a most unpleasant way.

Back in 1975, I was a young naval officer. The nation had endured a gut-wrenching war that tore the country apart. At the time, I supported what I thought was a just war. Later I became disillusioned, having learned that President Johnson had fabricated the Tonkin Gulf Incident as a pretense for our entry into Vietnam â€“ a war that took more than 50,000 American lives.

After Vietnam, many Americans began to distrust our government and question authority. As a result of our self-loathing and distrust of the government and its agencies, America underwent a long period of self-examination and groveling atonement in an attempt to right its previous wrongs.

One of these efforts was the â€œUS Senate Select Committee to Study Governmental Operations with Respect to Intelligence Activities.â€Â  Officially, this select Senate committee was formed in 1975 and investigated abuses by the CIA, National Security Agency (NSA), FBI and IRS. It was informally known as the â€œChurch Committeeâ€ after Senator Frank Church, the lead Democrat representing Idaho.

As a Naval Intelligence Officer, I followed the hearings closely when I could on my black-and-white TV and through the pages of Time magazine. Those were the days when we taught civics in school and our young followed current events. How could we know that these Senate proceedings would ultimately shape the scope and direction of the intelligence community to this very day?

The Church Committee was formed to examine a number of genuinely troubling allegations, such as CIA espionage against the political activities of American citizens and attempts to assassinate foreign leaders such as Fidel Castro. (Many of the events that were investigated are detailed in Tim Weinerâ€™s Pulitzer Prize-winning book Legacy of Ashes â€“ The History of the CIA). The six-volume Report of the Committee was published in 1976 but many of its findings remain classified. Many believe that the excessive zeal of the Church Committee in curtailing our ability to gather and process â€œactionableâ€ foreign intelligence led not only to 9/11, but to the current sorry, politicized state of the CIA.

Senator Church stated â€œThe United States must not adopt the tactics of the enemy. Means are important, as are ends. Crisis makes it tempting to ignore the wise restraints that make men free. But each time we do so, each time the means we use are wrong, our inner strength, the strength which makes us free, is lessened.”  So why am I feeling dÃ©jÃ  vu for an event that occurred almost fifty years ago? It is because of the continuous attempts orchestrated by the Democratic Party over the past last three years to weaken or to remove President Trump, mostly by unlawful means and outright deception. We can now compare the sworn testimony of the disgraced Director of National Intelligence Clapper and CIA Director Brennan, among others, against what they explicitly stated in numerous televised interviews. Not even their handpicked Special Prosecutor found any trace of â€œcollusion,â€ nor the slightest indication that President Trump was a â€œRussian agent.â€

That Obama and Biden perverted our own intelligence and law enforcement agencies to spy on American citizens for political gain is shameful â€“ every American regardless of political party should be appalled. Their relentless prosecution and subsequent â€œunmaskingâ€ of LGEN Flynn — who joined the Army to â€œfight Russiaâ€ and dedicated 33 years of his life to a stellar career of military service, should alarm every American citizen. I surmise that it was no accident that the day after VP Biden requested that LGEN Flynn be unmasked, his name appeared in the Washington Post.

The US Foreign Intelligence Surveillance Court (FISA), created after 9/11 to combat external Islamic terrorism, was routinely abused by the FBI, which knowingly broadcast theÂ false information contained in the almost completely fictional â€œSteele Dossierâ€ provided to them by â€“ wait for it â€“ the Hillary Clinton campaign.

Yes, the Church Committee took place in another era. But the words of its Chairman still echo what we have experienced for the last three years. Again, those we trust to keep us free have instead wrongly used and ignored the restraints of the Constitution. As Senator Church stated in 1975, â€œâ€¦ each time the means we use are wrong, our inner strength, the strength which makes us free, is lessened.”

A Sorry History Repeats Itself was last modified: May 21st, 2020 by Guest Contributor James Poplar