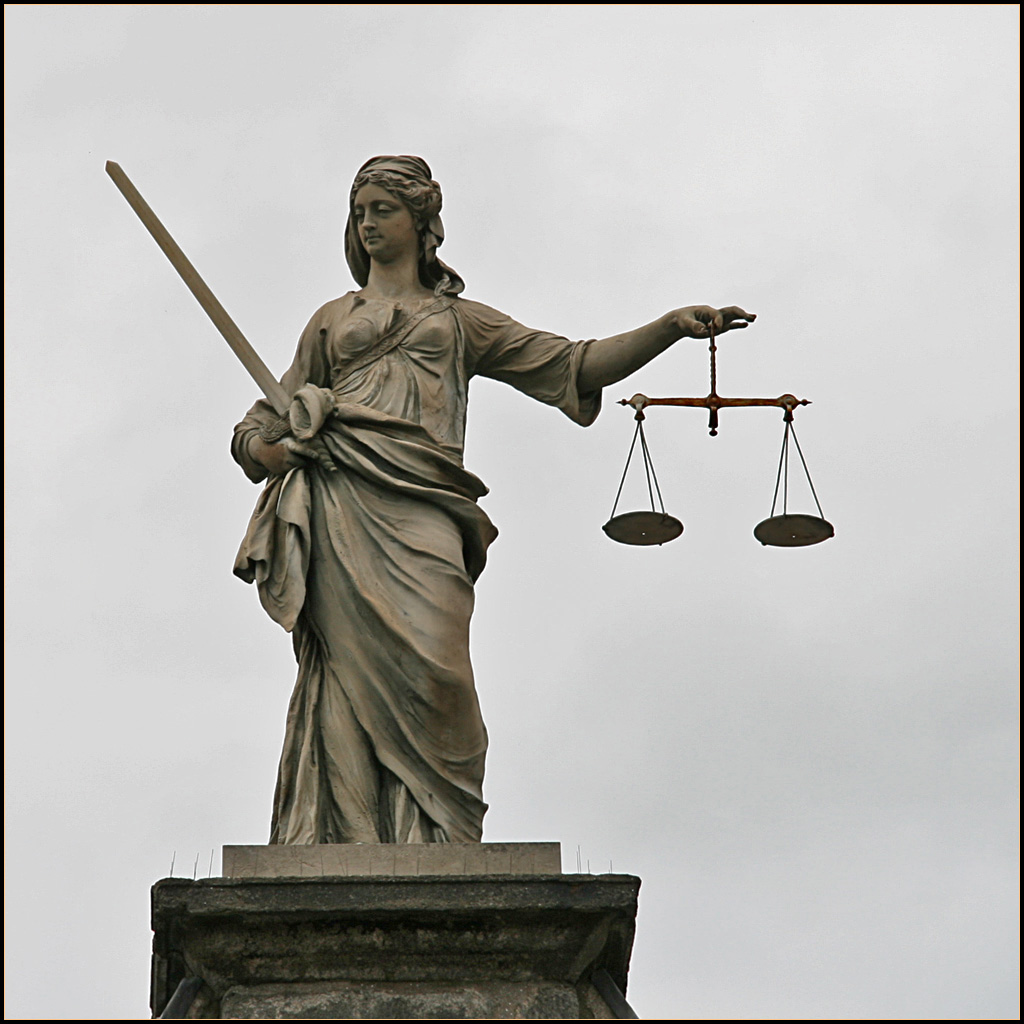 A Standard for Truth?

For those of us who have been infamously accused of a criminal offense regardless of its nature on mere hearsay, suffered the public humiliation of false claims, and forced to spend a great deal of money in the legal system – inhospitable to justice by design – to reclaim integrity or simply stay out of jail, the current national uproar over a standard for truth is very personal.

For those who have not, the standard for truth is no less important, and no less critical to the rule of law in the United States.

The national news that has consumed the nation for weeks is the alleged sexual harassment of powerful men against women. And the reactions to the allegations are as important as the allegations themselves.

Some of the allegations are fairly clear because the accused men have admitted to various levels of guilt, such as Hollywood mogul Harvey Weinstein and TV entertainer Charlie Rose who also lost their jobs, and a number of politicians including Senator Al Franken (D-MI).

Still others such as TV commentator and author, Bill O’Reilly, have, or their employers have, paid huge settlements to avoid lawsuits for a variety of alleged sexual transgressions, even though some are disputed.

Then, of course, there is the issue of former Alabama Supreme Court Justice Roy Moore, who is currently the Republican Senate nominee in Alabama’s upcoming special election for the open U.S. Senate seat. He, like others including President Trump, have been accused of improper sexual behavior, and in Mr. Moore’s case, sexual contact with a minor, four decades ago.

For his part, Judge Moore has vehemently denied improper sexual contact with a then fourteen year old in 1979, when he was a thirty-two year old attorney. Several other women have come forward to claim that Mr. Moore “dated” them around the same time while they were teenagers (above the age of consent) and non-consensual contact occurred.

What is different in this case is not only that Mr. Moore has hotly denied the accusations, but that the most damaging claim that he molested a fourteen year old, has developed major credibility issues that place the incident in the highly questionable category.

Other accusations actually don’t involve any specific wrongdoing, but rely on the perception of an older successful man dating younger woman (with parental permission). Hardly a new phenomenon in human dynamics.

Then there is Mr. Moore’s latest accuser, where the woman is “represented” by famed gadfly and attack lawyer Gloria Allred. This claim has run aground because the veracity of the evidence presented by Ms. Allred has collapsed under examination, and Ms. Allred refuses to allow experts to examine the original evidence.

Regardless, the standard for truth we are told is the accusation itself.

The utterly shameless Republican leadership in Congress and many current members of Congress have called on Mr. Moore to step down regardless of the lack of compelling evidence. The clear political bias in the national news media is also disgraceful, implying guilt by repeatedly using the phrase “child molestation,” while totally ignoring or under-reporting the major flaws in that specific allegation.

So, is the concrete setting in the national dialogue, and with it the concept of justice – a standard for truth?

While everyone is in attack mode, Rep. Barbara Comstock (R-VA), a liberal Virginia Republican is leading the charge with what she claims is a serious proposal on Capitol Hill – whose institutional sexual standards rank right up there with Roman Emperor Caligula’s reign – and where several members are currently caught up in sexual allegations.

She is proposing that members be forced into sexual harassment training.

Really? Are we to believe that an institution that ignores the behavior of men like the late Ted Kennedy, the King of Kink on the Hill, or Dennis Hastert, former Speaker of the House who admitted to molestation of young men, and the others on the very long list of elected officials who have been caught with boys, girls, men and women, and prostitutes – not to mention their powerful staff members – are going to controlled by sensitivity training?

Professor Angelo Codevilla, as usual, has the best understanding of this  (read here) whole issue, where he states, “The current campaign against a few, carefully targeted butt-grabbers is specifically designed to renew ruling class authority to continue business as usual, meaning to make socio-political war on the usual suspects.”

No one wants to downplay or pretend that sexual harassment doesn’t occur – and we can be sure it happens as a routine occurrence on Capitol Hill, given the very nature of its members. But in the real America, most women, much less “all” women, aren’t assaulted or harassed.

I worked for nearly two decades in  a major industry that had as many very successful, well paid women in it as it did men, and was known for its hard work, very rough language and extremely hard play. Except for mutual bawdiness, I didn’t see this in the work place. Nor did I see it in two stints for two different Administrations as an executive.

What I did see over the years was a general melding of the sexes in the workplace, where women and men accepted the lowered standards of language, general behavior and personal standards. But this is an importation from the collapse of the ethical norms in the culture and the fantasy created about day-to-day life and presented in the entertainment industry.

The people politically out in front of this issue, are mostly the very people who vocally advocate for the removal of all traces of the Judeo-Christian restraint in personal behavior – who disparage marriage, child rearing, and mock sexual norms and integrity – and who demand that every bar in society be placed at ground level.

There are two great dangers in all of this. First is the trivialization of genuine sexual exploitation, harassment and physical abuse of women. If every look, every smile, every innocent comment, and the typical give and take among coworkers of different sexes become potential criminal actions, regardless of evidence, then real cases of harassment and physical abuse will be trampled in the stampede.

The second great danger is that gossip, envy, a jilted romance and just plain spite will become both social and legal weapons. If an accusation alone is actionable in this part of human interaction, then where are the boundaries in any area of life?

If there is no standard for truth, then there can be no justice for anyone. It becomes a free-for-all.

A Standard for Truth? was last modified: November 27th, 2017 by Michael Giere

One thing that has not been pointed out is that it is now quite dangerous to payoff an accuser for convenience or otherwise. If you are accused and did nothing, never payoff to get on with your life. If a second accusation occurs, the first payoff is impossible to defend. If you actually did something, never payoff and force said accuser to provide the evidence (which may not exist). O’Reilly made the mistake of paying off and once the word got out he was a target. Nobody knows how much of the accusations were true but as O’Reilly now says “I should never have paid off”. Notably, Hannity not only didn’t payoff he targeted his accuser. Suddenly, the accusation just disappeared. Did Hannity do something? Who knows but the accuser backed off.

When an accusation alone is sufficient then we are in trouble.

Well said that we must not trivialize truth and must respect the human dignity and rights of persons even when they are accused.

AND FAIL this rubric WHENEVER it ACCUSED trans people, and gay people, and Muslim people, and immigrants, and others with shady dehumanizing LIES.

Off the wagon again! My goodness, what does this have to do with this article other than the first sentence.

Thank you for choosing a side. It is good to have you on record for where you stand in these liquid times when so few are willing to take a position to support assertive manly men like Judge Moore and President Trump.

Where will be as a nation if our men are unwilling to grab what they need to grab? Do you think Russians rock Putin’s world for every rumored dalliance? Of course not! Who will perpetuate this great race of people?

Perhaps Judge Moore should replace that conniving Pence on the next ticket. Just sayin’.

Apparently, unmanly men are doing most of the grabbing. Metrosexuals who claim to be not only paragons of virtue but advocates for everything feminist. By the way, Moore has denied all of the grabbing, but apparently an accusation echoed by a chamber of harpies is quite sufficient to indict.

Putin, as with other powerful men, are pursued by women seeking the fame and fortune that surrounds such a man. Albert Einstein was pursued under the assumption that his future child would be as brilliant as he. He took advantage of the opportunities. Unfortunately, his future child didn’t have the genius gene if there is such a thing.

Excellent post and pertinent on so many levels. Thank you.