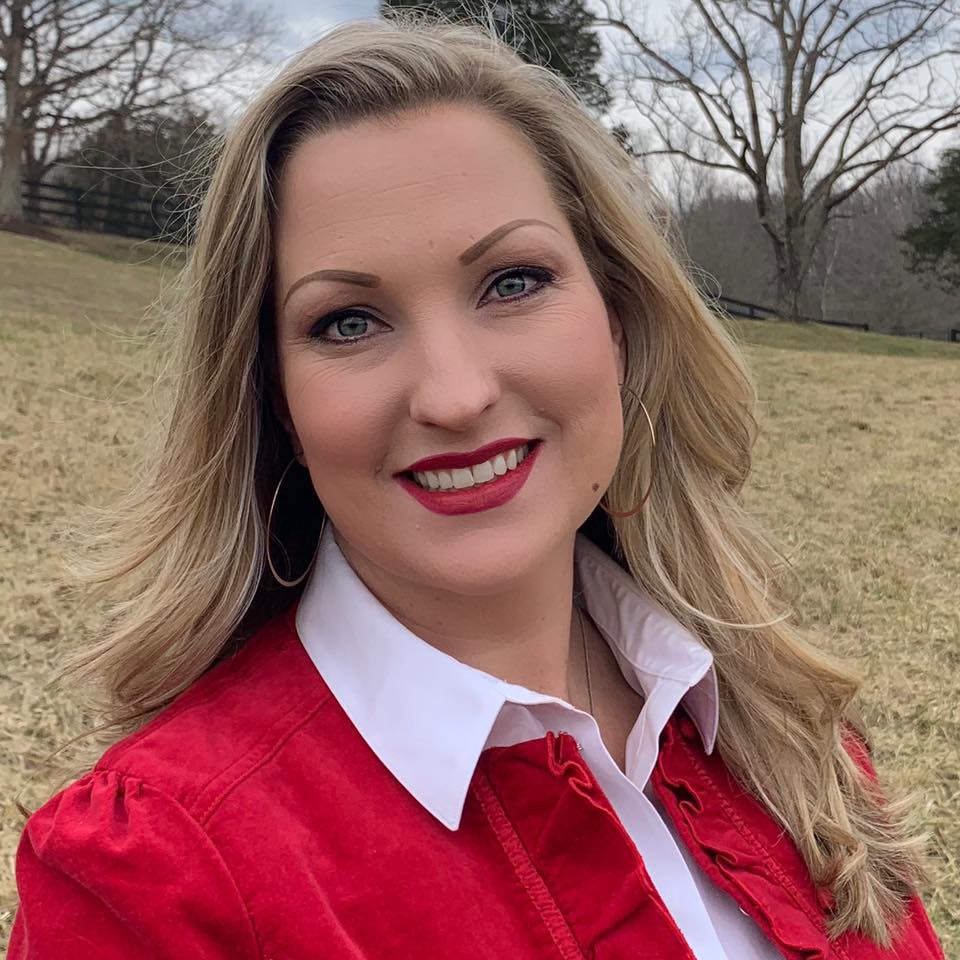 A Star is Born – Tina Freitas Announces for Virginia Senate

Tina Freitas, wife of Culpeper Delegate Nick Freitas, announced her campaign for State Senate in the 24th district this past weekend.  Tina – acknowledging the vast amount of space in the District, had 2 separate campaign rollouts. The 1st was in Madison at a local Winery, the 2nd on the steps of the Augusta County Court House in Staunton.

This 2nd event location was an in your face move towards current RINO incumbent Emmett Hanger, whose power base is in the Staunton/Augusta area.  The 24th Virginia Senate District encompasses all or parts of Augusta, Culpeper, Greene, Madison and Rockingham Counties – and the cities of Staunton and Waynesboro.

Tina gave a rather rousing speech at both showing that she can attract an audience and keep them engaged in her speeches.  Approximately 40 people attended the Madison event. And approximately 65 attended the 2nd event in Staunton.  Tina and Nick both talked about their decades long love affair, what the term Liberty means to them,  her vision for the future, and then as to why we must appreciate Emmett Hanger’s service to the Commonwealth, but how he has stayed in power for far too long, and how it is time for him to go and for a new group of leaders to serve.

Tina talked very eloquently about how, as a small child, she saw her parents family farm be taxed into submission, and how even as a small child she knew this was wrong.  Now, to be honest, is Tina the accomplished orator that her husband Nick is? Honestly no she is not. Nick Freitas is probably the most eloquent orator in Virginia politics today.  But eloquence does not always move people. Tina has honesty. Tina understands our problems and has lived them. You can look into her eyes and know how much she cares for the needs of the good people of the 24th Senate District.  This understanding and true compassion will “Trump” any perceived lack of great oration any day of the week.

Tina also has a quality that very few politicians have.  She has an “aw shucks dignity” that was best found in one of the great orators of my lifetime – Ronald Reagan.  We need Tina Freitas in office. Emmett Hanger has been in the Legislature approximately 36 years – nearly as long as Nick and Tina Freitas have been alive.  While I disagree with much of what Emmett Hanger believes, his service to the Commonwealth must be appreciated. And whether or not Senator Emmett Hanger and his cronies in Richmond like it or not, it is time for a new generation of political leaders to take their turn.  Tina will do the 24th Senate District proud.

Taking out an entrenched incumbent in a primary is no easy deal.  Thanks to Mr. Establishment Scott Seaton the 24th Senate Legislative District Chair, the nomination will be decided by primary and not by a convention.  So Emmett Hanger will be able to outraise Tina. But faith is like a mustard seed. Tina has completed the hardest step of them all, she has put her hat in the ring.  She has what seems to be a committed group of volunteers. And with a little bit of help from Divine Providence, she can win.

Please donate or sign up to help at www.tina4va.com