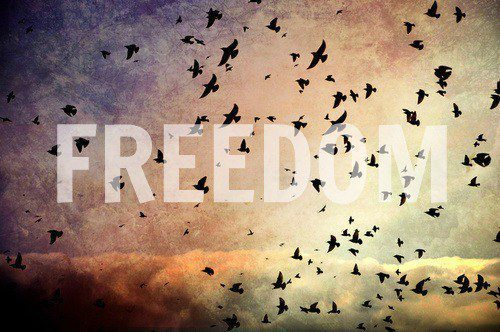 A Survivors Guide to November 9th

On November 9th, the most ardent supporters of the November 8th victor will be crowing that their collective victory will usher in a new age of hope and promise for America. They will rub the noses of the defeated and the defeated’s defenders in the dreary dirt of humiliation and despair, certain that the country is ruined, doomed to decades of economic depression and cultural Apocalypse.

Half of America may stand in stunned admonition of the ascendancy, again, of one of America’s most notorious crime families to the seat of power. Or else, half of America may stand in abject horror as the racists and aristocrats, as well as their sycophantic, white, working class hordes swing from White House chandeliers and muddying the furniture.  Regardless of the outcome, half the nation will be certain that they are witnessing the last days of our once glorious republic.

There will be some, thankfully, who will wish to keep their wits about them, to assume our inevitable survival and look to focus on what they can do today, as citizens, to make America great again. These patriots will have to overcome a few predictable impulses. First, we must avoid assigning blame. Do any of us imagine that anyone we blame will be anything less than indignant toward our accusations?

Second, we must avoid replaying the tragedy of 2016 over and over again in our heads, reliving the moment. God, grant me the serenity to accept the things I cannot change, the courage to change the things I can, and the wisdom to know the difference. Employing this serenity prayer will release us from the terrors of the past and enable us to embrace the challenges of the future.

Third, we must avoid the siren’s song of despair and gloom. As a nation, we have survived two world wars, terror, civil war, slavery, the persecution of our parent and grandparent immigrants, famine, depression and cities that make war zones look like safe havens. We can survive this election and we will survive it.

Having avoided these obvious pitfalls and forgiving our fellow citizens their votes, we will be free to look to our responsibilities as citizen sovereigns and begin the arduous task of researching upcoming legislation, encouraging our legislators to vote in accordance with conservative and constitutional principles, promoting a federalist and republican philosophy, and encouraging free enterprise and property rights locally, in our Commonwealth, and nationally too. There will still be much for us to do.

Treating our fellow citizens as enemies has gotten us absolutely no where. Reacting emotionally to every unprincipled step our governments have made, make us appear as though we’re the problem. If we are to have any chance of growing our ranks, it will require a re-dedication to objectivity and reason, two things which emotion, after a while, can have a tendency to corrupt. Rational optimism, compassion, kindness, forgiveness and a principled approach to political advocacy is the only meaningful path forward.

Ask yourselves, what has all your anger, frustration and anxiety achieved? Are we a more “conservative” country today than we were in 2008? Addicts define insanity as doing the same thing over and over again, whilst expecting a different result. I propose a categorical rejection of insanity on November 9th.

In all honesty, I really do care about the happiness of activists. I believe that happy people are more persuasive than angry people. As a Christian, I know that my hope is not in any politician or party, but in God. Therefore, why should my joy and enthusiasm depend on the current crop of political philosophies and present breed of politician? Aren’t these the very things we seek to change? If so, then there is no rational reason not to feel peace and joy in the process of doing so. So I say this – peace and joy to you dear activists. Let not your hearts be troubled.

Courtesy and understanding were abandoned when Democrats passed the ACA law on a party line vote, and when they maligned the TEA party, spent 8 years calling Republicans racists and misogynists, and most recently labeled conservatives as a “basket of deplorables”.

The results of this, and all future elections will be partisanship, and more of it. Once conservatives win and are finally in a position to have their voices heard, to make changes to the ACA law on their own and force Democrats to accept them, then fences can be mended. Until then, if conservatives lose this election, and the next, and the ones after that, Democrats can expect more of the same, day after day, week after week, month after month, year after year, and even decade after decade, until conservatives finally have their say.

Conservatives tried being reasonable, it didn’t work out.

The 9th is when it starts to really gets nasty. There is no surviving, there are none unscathed. Only the dead have seen the end of war.

Nice day in Hong Kong today. The chili crab was excellent. They don’t have CNN here. 😀

I hope people will actually read this and take it to heart. I have already begun to move past the 8th for the sake of my own sanity and those in my county. My heart knows when I meet God, he isn’t going to ask me who I voted for in 2016, but what I did that year to make the world or at least the world in my purview, a better place to be. My head knows there is way too much to get started on going forward to do anything but watch this election in the rear view mirror and frankly there are a slew of people who want to represent me from the GA running for higher office whose legislation this year needs closely watching.

I think some folks just can’t see the long run; but being angry and miserable is a choice that none of us have to make.

We’ve heard a lot about horrific allegations of child rape against Republican presidential nominee Donald Trump, and now it looks like his accuser in this case is finally coming forward.

Attorney Lisa Bloom announced today that the woman in question, who
up until now has only been referred to as “Jane Doe,” will break her
silence by speaking out at Bloom’s law firm in Woodland Hills,
California at 6 p.m. ET/3 p.m. PT.

The assault took place in 1994, when the victim was only 13 years old.

Even if Trump is elected . . . which will not happen . . . he’ll be in court within days to face multiple charges of taking indecent liberties with a minor, child rape, carnal knowledge of a minor, contributing to the delinquency of a minor, providing controlled narcotics to a minor . . . and that’s just the start.

Trump is just going to turn all of this liberal garbage over to his attorneys for civil litigation. Even if he did all of this, there is no proof – unlike the situation with Bill Clinton.

You do realize this supposedly happened over 20 years ago. The statute of limitations expired on the supposed criminal charges a long time ago.

Yeah, I don’t trust Trump’s moral code, but this is ridiculous.

The statute of limitations in California is 10 years. However, they have a kind of quirky work around that involves when someone was told. This is bizarre at best because this supposed victim would now be in her mid-thirties before she told anyone. Stretches credulity beyond the breaking point.

At this point, nobody really cares about these allegations. The Clinton corruption is so deep and wide spread that it is shocking to anyone with a brain. The Huma situation is the stuff of spy novels. The DOJ and FBI insider collusion is astounding. The Clinton Foundation money laundering operation is almost fully exposed. And I can’t even list the sum total of how bad this really is without throwing in Obamas entire administration and shadow cabinet.

Lol you’re sounding desperate. Beginning to think Hillary might lose after all?

And all these years, we never heard about these allegations – more Demo. crap. Please see my comment on the article regarding – Joe
Morrissey.

Have some Hot Dogs, play some ping pong.

A little too much hate….Unless the second noose is for Rump…