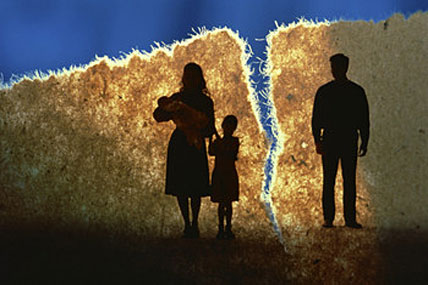 A teachable moment on the importance of the family

TBE’s Jeanine Martin wrote yesterday about the mountain of social science research that shows children from single-parent homes tend to underperform on a variety of metrics. This is thoroughly uncontroversial conservative orthodoxy. (See, for instance, “20 years later, it turns out Dan Quayle was right about Murphy Brown and unmarried moms”). In doing so, Jeanine also made a very important point about the striking absence of fathers in the homes of the troubled, sick young men who were behind most of the mass shootings in recent years.

It is not a truism that kids in single-parent homes will be troubled, unhealthy, or unhappy, but the odds are stacked against them. One area Jeanine didn’t focus on is the fact that there are tons of single moms who overcome those odds to produce healthy, stable, and productive adults…many of whom grow up to be good Republicans. One need look no further than one of our leading presidential candidates, Dr. Ben Carson, to understand this.

Where the problems lay, and where the subject can get a bit touchy, is with men who feel enabled by crumbling societal norms to walk away from their families, and with government policies that enable (and indeed incentivize) this behavior.

Former Florida Governor Jeb Bush once wrote this about the problem:

One of the reasons more young women are giving birth out of wedlock and more young men are walking away from their paternal obligations is that there is no longer a stigma attached to this behavior, no reason to feel shame.

This year, he’s walked back those comments. Why? Because he wasn’t running for president when he wrote that, and now single parents and children of single parents are a much larger portion of the voting population. Telling them that their parents’ decisions should be ridiculed, and their family situation should be stigmatized, comes awfully close to trying to shame them personally. Put bluntly, he’s a politician who needs their votes. Instead, Bush now has a much more anodyne critique:

The country has moved in the wrong direction. We have a 40-percent plus out-of-wedlock birthrate and if you think about this from the perspective of children, it puts a huge — it’s a huge challenge for single moms to raise children in the world that we’re in today, and it hurts the prospects, it limits the possibilities of young people being able to live lives of purpose and meaning.

This is a real problem, and one that must be addressed for the long-term health of our country. But how do we talk about it without offending the sizable portion of the population for whom the issue is very personal?

First, we must recognize that while the statistics on single-parent families paint a grim picture, they don’t tell individual stories of downright heroic efforts on the part of many single mothers. This is particularly true among a good portion of the Black community, with a million success stories against the odds. The success of many single mothers does not diminish the importance of two-parent families, and recognizing that success does not equate to celebrating or promoting unmarried motherhood. These successes are against the odds for a reason.

Second, and most importantly, we must be clear that the focus of a conservative pro-family public policy is on lifting up the role of fathers in strong families and in a strong society, and not on looking down on mothers who have done the best they could in the circumstances life dealt them.

Finally, we must not simply shut down the conversation for fear of offending someone. The country is beset with millions of people, mostly deadbeat fathers, making choices that are bad for children and bad for society, and there is no way around that sad fact. To deal with it, like Jeb Bush, we must move forward, acknowledge there is a huge problem in our society, and work to fix it in ways that don’t offend unless necessary, and that engage if at all possible. We’ll do our best on that score here at The Bull Elephant and hope others will join us.

A teachable moment on the importance of the family was last modified: October 4th, 2015 by Chad Ochocinco
Broken familiesJeb Bushsingle-parent family
37 comments