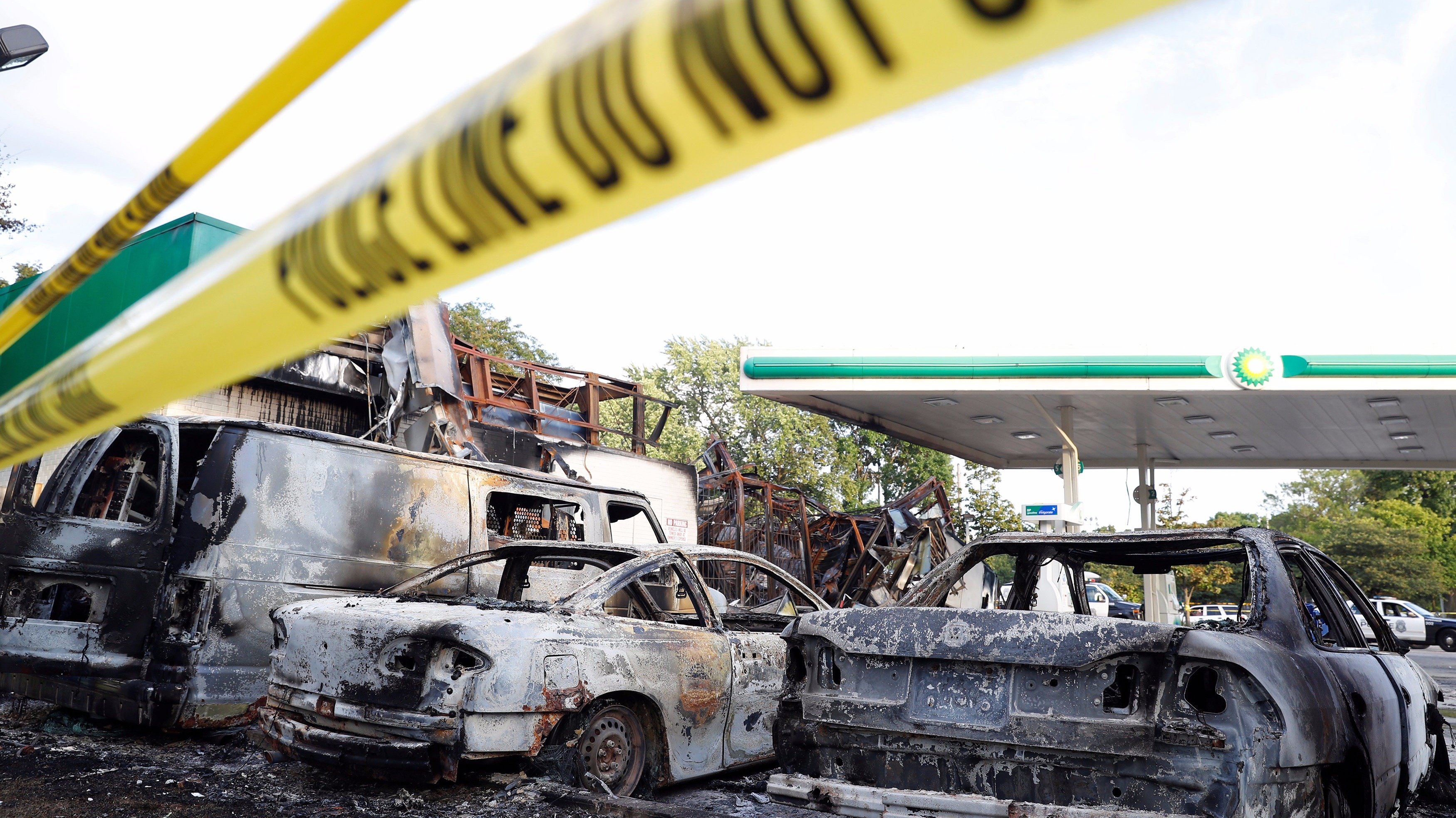 A Time for Intolerance

Is it time for a strong dose of intolerance?

No one wants to be intolerant, of course; most Americans are pretty much from the “live and let live” school of thought.

But as the nation faces jihadist and radical political violence in its streets and the certainty of future attacks and loss of life – and the damage done to the civil order and the rule of law – has the time arrived for very hard words and even harder public and political reaction?

It seems obvious by now that the alternative to a thoughtful and determined course of action, sooner rather than later, is ever escalating violence and a loss of public trust that spreads like an infection through the host.

There is nothing new here.

In the Old Testament book of Ecclesiastes, King Solomon, whom God identified as the wisest person who would ever live, records the unavoidable truth that reminds us; there is a time for everything.

America is being assaulted by the iron-hard hate of radical Islamists within and without its borders; and the radical, hard left represented by the revolutionary Marxist core of the Occupy Wall Street crowd, the black separatists of the New Black Panther and Nation of Islam variety, as well as the newer Black Lives Matter organization, which is separatist and encourages Black globalism and the Black liberation movement.

These forces have merged in a dangerous confluence of violent actors in the past few years. Just within the last few months there have been Islamic terror attacks in San Bernardino and Orlando, followed by the murder of five police officers in Dallas, three officers in Baton Rouge, other individual police officer murders, and the latest extensive rioting in Milwaukee, Wisconsin and other localities.

In both San Bernardino and Orlando, the murderers were self-proclaimed Islamic Jihadists. In Dallas, the murderer had prior involvement with the New Black Panther movement, which is Marxist. He stated he “wanted to kill white people.” In Baton Rouge, a former Nation of Islam cult member and proponent of the Marxist black liberation ideology was the killer.

The intellectual home for these violent groups is now in the extreme far left polices of the Democratic Party and their crony-socialist agenda, supported by the almost universal Marxist worldview enforced on college campuses (and increasingly in the larger entertainment culture and mainline churches).

Instead of recoiling from the violence like normal people, the left wing political and educational elite coddle and justify the barbarity as a reaction to oppression, not as a self-evident and murderous evil.

Radical Islam is continually disassociated from its roots in mainstream Islam and excused by the refrain heard after every terror attack, that the perpetrators “don’t represent most Muslims,” or that “Islam is a religion of peace.” (In advanced cases of inanity, some have even explained away Islamic violence as a response to obscure YouTube videos.)

Likewise, the recent violence in cities such as Ferguson, Baltimore, Dallas and others, was implicitly excused – sometimes even encouraged – by public officials and community leaders as understandable reactions to police “oppression” and the intolerable poverty of inner-city America. One BLM organizer in Atlanta, Sir Maejor, was quoted as saying after the Dallas murders, “Black Lives Matter doesn’t condone shooting law enforcement. But I have to be honest: I understand why it was done.”

President Obama, never one to miss an opportunity to belittle the country he purports to lead, went to lengths to excuse the violence as wrong, but understandable. Even when the President spoke at the memorial service of five slain officers in Dallas, he couldn’t resist the temptation to spread the scope of culpability for the vicious crime to the fallen.

There may be no easy answers to the violence that has been allowed to fester across the country, but there are obvious questions, plain actions that can be encouraged or imposed – and the power of a well-used pulpit.

First, our politicians and the media have to be bold and clear; they have to accurately define and label the problem and stop assigning moral authority to those who destroy life and property by justifying their violence. A drunk can’t reform until he can call himself a drunk, and America can’t deal with radical killers and anarchists until we are willing to be honest about who they are.

The Orlando killer, who himself stated his desire to kill in the name of Islam has been portrayed in the media as a mixed up homosexual, an angry ex-husband; pretty much everything but a radical Jihadi that he himself claimed to be.

Much of the same thing happens with the outrageous violence in the cities. The leaders of the radical groups are fairly clear about their intentions to push for revolution and chaos under the guise of “social justice;” yet the politicians and the media pretend that the reason for these horrible events and burning down chunks of cities are not about what the leaders themselves say they are about.

Besides accurately labeling these groups and their intentions for what they are, the nation has to get tough on prevention. With the possible exception of the Baton Rouge Black Nationalist killer, all the other recent murderers (actually, going back to 9-11) had already been on law enforcement’s, or intelligence agencies, radar screen. We knew about them in advance. In many cases their families and other community members knew about their violent intentions or potential.

Obviously you can’t arrest people who haven’t done anything yet, but the question remains; how can these killings continue with such apparent ease, when we spend incredible sums of money on both intelligence and on law enforcement? Are we even spending these massive amounts of money in the right place?  Somewhere along the line, these groups and individuals are dropped off from active, or at least intermittent surveillance. That has to change.

And what can we do to change the culture in the Muslim and African-American communities that will instill a sense of responsibility to inform on various members of those communities that are obviously time bombs waiting to be set off? After all, if the Muslim community is upset about the public perception of Islam as a violent death cult, then don’t they assume the responsibility of making sure that their violent extremist members get identified before they murder innocent people?

In the same way doesn’t the African-American community bear the burden of making sure that radicals within those communities don’t burn down their own homes, businesses and public property? Perhaps that starts with new black leadership that believe in the greatness and hope of America to begin with.

The nationally known and respected evangelical leader, Dr. Tony Evans, himself black, is sounding the most profound message from his home base in Dallas, Texas. His remarkable teaching just after the Dallas murders points to a timeless perspective; a resolution that is both ancient and modern, that starts in the heart of every American. Both for real justice and real peace.

A Time for Intolerance was last modified: August 19th, 2016 by Michael Giere
6 comments