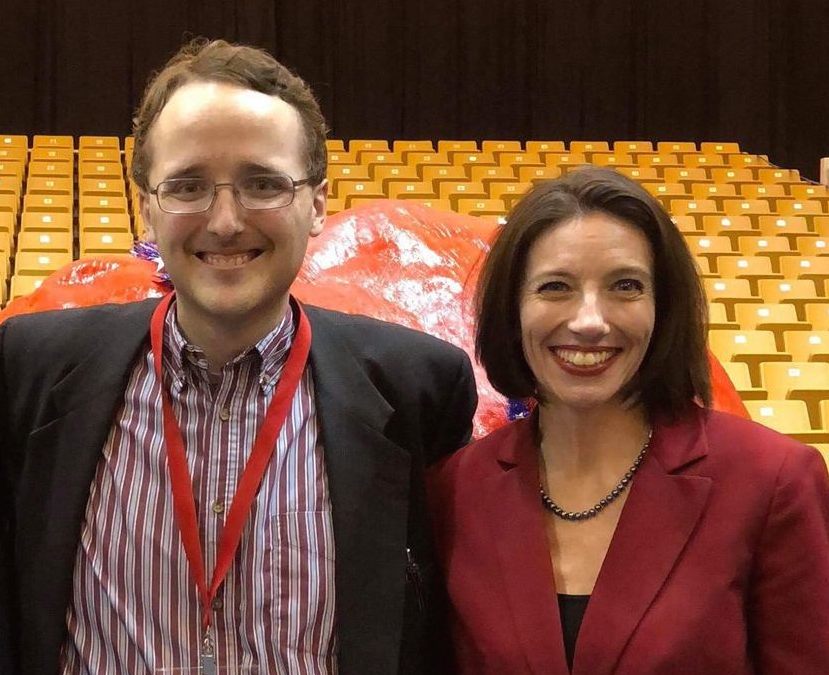 Lately on social media, members of the old guard have been making factual inaccuracies about when and where the Sixth District Republican Committee’s quadrennial convention should be held and the reasons the date and venue were chosen. Among these charges (many of them leveled by Central Region Vice Chairman Craig Storrs) is that the Sixth Congressional District Committee is trying to disenfranchise gun owners by holding the convention in a school.  This is blatantly untrue as well as insulting to every Republican unit and district committee who has ever held a unit meeting or convention at a school facility.   From the Facebook page of Craig Storrs Jr.:

The proposed call was first presented to the committee by email on November 22nd then discussed in detail at a regular quarterly meeting on November 23rd. Craig Storrs missed that meeting although he sent a proxy. Everyone was encouraged to contact the convention venue committee with any comments or concerns since the call would be presented for adoption at a meeting on December 14th. As chair of the venue committee, I received four comments during that three-week timeframe. Two were positive. YR representative Dan Johnson told me in person on December 11 that he had issues with the time and venue and that he was going to research some other venues. I thank Dan Johnson for his efforts to improve the process. but he did not offer any alternatives prior to the December 14 meeting.

The convention venue committee met by conference call on December 2nd. Member Dan Cullers suggested a different venue which had better availability than the one originally proposed. We presented that venue in our motion to the District Committee along with a convention date of May 30 – there was some type of conflict with every other date from mid-April through May (State Convention on May 2, college graduations on May 9 and 16, and Memorial Day weekend on May 23, plus competing conventions for our split units the last two Saturdays in April). The venue committee met again by phone on December 9 to discuss changes to the call suggested by RPV General Counsel Chris Marston whom we had asked for advice. We sent a copy of the revised call to all members of the District Committee on December 10 and again asked for comments. Not a single option for a different venue or date came to the committee during the entire three-week period prior to the meeting on December 14.

At the meeting on December 14, Craig Storrs, Dan Johnson, and Jeffrey Mayfield each proposed alternate venues and dates. However, the District Committee as a whole did not feel that “the last minute” was the proper time to consider alternate locations especially since we had not been given time to research those options. The District Committee then accepted the venue committee’s recommendation.  In fact, one of the dates proposed by Mr. Mayfield and supported by Mr. Storrs was to have the convention on May 23 – Memorial Day weekend – something that Mr. Mayfield spoke out against at the November 23rd meeting.

A few hours later, Central Region Vice Chairman Storrs (a man holding a leadership position on the Sixth Congressional District Committee) began making claims he had to know to be false, chief of which was “the majority of the Sixth District Committee votes to oppose the public’s right to carry a concealed firearm by selecting a high school for the district convention of 2020.” In effect, Craig has condemned every District Committee and every unit if they have ever or plan now to hold their conventions and mass meetings at a school. And to show his true hypocrisy, one of the two venues that Craig offered as an alternative was a high school. And on the final vote to approve the venue and call of the Sixth District Convention, I heard only three dissenting votes – meaning that Craig Storrs is suggesting that Republicans such as Rebecca Simmons, Dan Cullers, Jonathan Comer, and others supposedly from “his side of the aisle” are anti-Second Amendment.

Some of the posted replies to Craig’s social media outrage proved that reasonable people can see through his nonsense. A few people who have in the past proven their extreme bias against the majority of the Sixth District Committee jumped in with additional accusations that likewise showed a complete absence of facts. It was pure speculation on their part – most of it totally inaccurate. But that has never stopped them from posting it.

Sadly, one of those additional accusers was District Chair Jennifer Brown’s spokesman Roger Jarrell, who doubled down on Craig’s comments by criticizing other elements of the call for “reasons” that exist only in his mind and have no basis in reality.

At a time when the party must stop the blood-letting if we are to give ourselves a chance to win in 2020, elements of the leadership of the Sixth Congressional District Republican Committee are going out of their way to raise tensions and further divide the party.

Chairwoman Brown needs to take the reins of leadership here and publicly chastise both Craig Storrs and her fiancée, Roger Jarrell, for their public, false, and divisive statements.