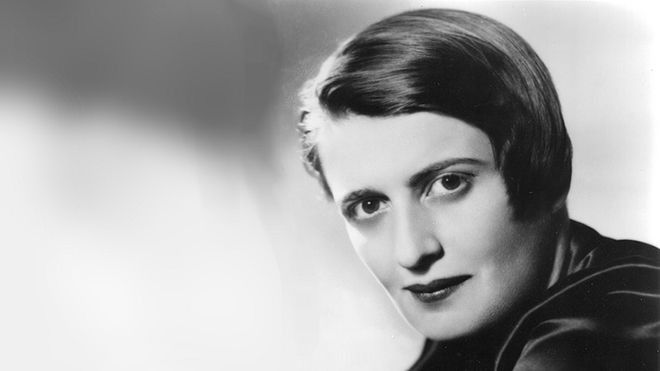 A Video Remembrance of our Circumstance

I came into adulthood as a Libertarian, baffled by my parents conservatism and allegiance to the Republican Party.  Now, my mother is a the secretary of a TEA Party in rural Virginia and I find myself looking to “The Party” for answers I no longer expect to find amongst the grassroots. What the hell happened?

You, America, stopped listening to facts you didn’t agree with, stopped reading newspapers or watching broadcasts that didn’t entertain you or confirm what you already believed, stopped trying to understand legislation and policy, stopped bothering to engage in civil discussion or master the basics of civic responsibilities. You, America, blame Washington for everything that’s wrong with this country, but then you tell pollsters that the federal government isn’t doing enough to help you.

I know that sounds cruel, but isn’t it true? I’ve read many of her other articles and she isn’t petitioning the American people to get more involved. She’s telling you to back down and back off; it’s your fault. While I agree that it is our (the collective populace) fault, backing off isn’t the answer. See, she assumes that conservatives won’t ever make political activism a legitimate part of their lives. The age of citizenship is over. Petula Dvorak doesn’t seem to mind that government is out of control; she simply laments the fact that instead of blindly electing partisan operatives for office, the American people have begun sending unpredictable Reality TV stars and entertainers to the heights of political power.

Part of the problem is that, because President Reagan was an entertainer and a Republican, apparently the entertainment industry has become an accepted credential for public office. I would argue that Reagan was a rare particle in a larger and less acceptable universe. American’s aren’t interested in public policy or politics. Let’s be honest – how many Americans furious with their government ever bothered to join a TEA Party? Yet we want to hold politicians accountable, for trying to survive a system where 1/10th of 1/100th a percent of a Congressman’s constituency understands the implications of their sticking up for principles for which they’ll be inevitably burned at the stake? Why?

Do good Congressman even get popular support?

Of course not. Maybe folks show up on election day, but what about the vast majority of days between elections? Where is the electorate? I’m not trying to blame the victim. I’m just saying that voters look to the media for their opinions. Some people still look to the media for news. Whatever happened to the citizen sovereign who sought to rule themselves by virtue of their superior wisdom and knowledge? The American People aren’t willing to think or fight, the furthest they’ll go is punishing their Congressman or Senator for a bad economy. That’s not activism.

Something is wrong with the calculus.

If you need an idea of what the electorate looks like trying to deal with politics, here you go:

I know how Chef Ramsay feels.

We are so beyond the realm of activism that none of us have any idea where to start. Plagued by democracy, the Republican doesn’t even feel like they have the tools in front of them to solve the problem.

“Well, I’d like to make an argument consistent with the Constitution and the Republic, but you’re telling me I need a majority of Americans to validate that position before it becomes valid”?

Yes, apparently that is what we’re being told.

Do you want to see how politicians behave when they believe that America is really a Democracy? Watch President Obama make a case against his very existence! For the love of God, every reason why we shouldn’t have ever elected Barack Obama President is now used by a President Obama against Donald Trump.

This insanity only works if an electorate is fundamentally flawed. If vacations and baseball games, sexual affairs and The Walking Dead are more of a priority to the citizen than the rational governance of their Republic. Of course this is our fault! Of course we created this by our ignorance, by our indifference, by our selfishness and by our deference. When you become a Democracy, what do you expect when the vast majority of citizens know absolutely nothing about their government?

Hating the government isn’t enough. That is simply an animal reaction to stimuli. The desire to fix that government, however, requires a lot of effort.

There is a hierarchy of effort. The bottom hierarchy is watching FOX News and CNN. At this point in human un-development, you can repeat the talking points of both the Democrat and Republican Party. You will not have had your own intelligent thought as of yet, but you can repeat the semi-intelligent thoughts of others. When your curiosity, or desperation as it were, reaches beyond network and cable news, you may turn to the internet. Here you will find The Gateway Pundit,  The Conservative Treehouse, Breitbart, Mother Jones, Salon, Slate, and The Onion.

These websites will finish the process of misinforming you and dragging your consciousness down to the level of InfoWars and The New York Times. At this point, you have firmly picked a side in America’s anti-American culture wars, where you will be trained to use Democracy to destroy the Constitutional Rights of everyone who fails to live up to your own superior wisdom and philosophy. Not that they were yours in the first place, but rather tweaked thoughts that you heard in your head during a drunken stupor while catching reruns of John Stewart on Comedy Central.

Therefore, we have a choice. We can feel bad for politicians. Or we can take responsibility for them. That’s my point.

The future of American Democracy depends upon that democracy’s desire to return to a Federalist Republic. This will be hard to do, but I assure you that it starts with the States and Commonwealths. Mob Rule is not the way to go. Neither is comedy. Neither is cultural and political correctness. We need intelligent statesman and politicians to represent the will of the people: 1. Secure our borders and protect our free way of life. 2. Let the economy regulate itself and grow and provide opportunity. 3. Let the moral institutions of American society determine the moral structure of their people’s lives.

Freedom is the foundation of civil, political and individual liberty. There is absolutely no wisdom in trying to force freedom on anyone. Rather, enforce freedom and let everyone adapt to the dictates of both markets and society. Let nature take its course.

The answer isn’t education. It’s God. It’s learning to live with one another according to the same virtues with which God seeks to relate to us. This isn’t as complicated as we make it. George is wrong – they don’t own us. We’ve simply submitted to a system that ridicules the reality within which we live. If the government wins, we have no one to blame but ourselves.

No, we need to find the answer amongst ourselves. To embrace government as a domain common to the people. If we avoid what rules us, we are ruled by what we avoid. We become helpless and stupefied. We must become the arbiters of government and the force behind the virtues of our government. Freedom does not come about through apathy. Liberty is not the result of tolerance toward government. Our Constitution is not improved by members of the judiciary. Everything is open to reform.

A Video Remembrance of our Circumstance was last modified: November 4th, 2016 by Steven Brodie Tucker

As government grows, life, liberty and the pursuit of happiness shrinks. Totalitarian socialism has never produced a free people, the rule of law, or a successful society. It has, however, enslaved and slaughter tens of millions of people.

I am John Galt.