Terry McAuliffe is caught on tape promising pro-abortion activists that, as Governor, he will skirt Virginia’s health regulations in order to allow filthy abortion mills that violate state code to continue to operate.

In doing so, McAuliffe sacrifices women’s health on the altar of liberal pieties about “choice.” The only kind of choice he would be facilitating is for monsters like Kermit Gosnell, the Pennsylvania baby butcher who was able to keep a collection of infants’ feet in jars because the governor there refused to enforce regular health inspections of his clinic.

In the video, McAuliffe reveals the extreme lengths he would go to in order to circumvent the same kind of reasonable regulations that apply to any surgical clinic.

That’s right, folks. He’s promising to simply undo the lawful action of the General Assembly by executive fiat. Remind you of anyone?

But being against sensible health regulations is not Terry’s only problem with women. He has a pattern of disrespect and terrible treatment of women. There really is an extremist in this race. And it’s Terry McAuliffe. 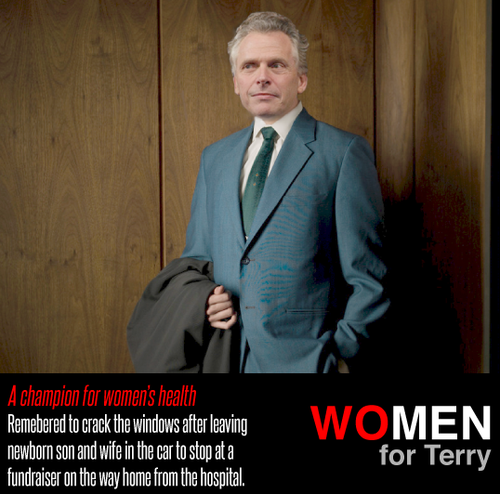