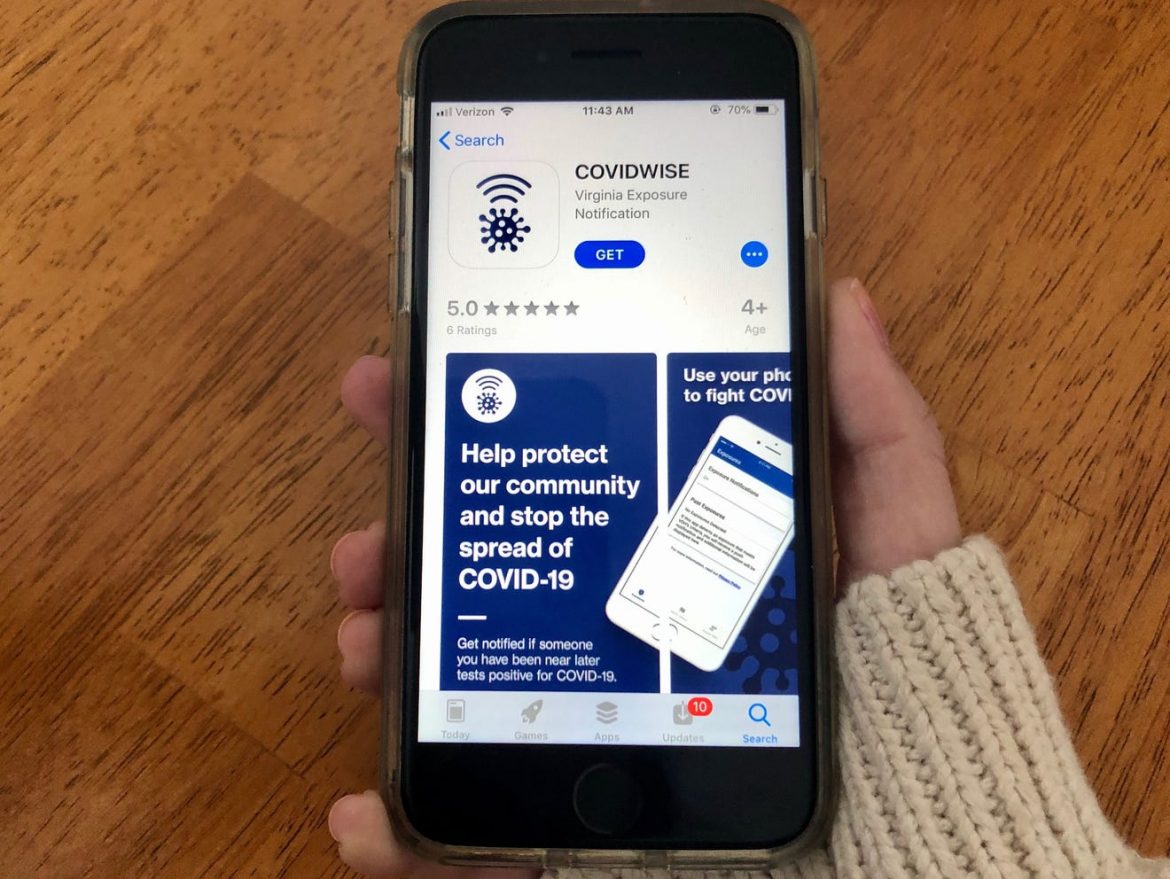 After months of being next to last nationally – in Covid-19 testing – Virginia is finally first in something:

“Virginia officials on Wednesday launched a smartphone app that uses Bluetooth technology to alert people when they have come in contact with someone who has tested positive for COVID-19,” reports The Richmond Times-Dispatch.

“The app, COVIDWISE, is the result of a collaborative project between Google and Apple, which have been in talks with Virginia and other states to develop and roll out the app for months.

“Virginia on Wednesday became the first state to fully launch an app with this particular platform.”

The governor unveiled the app along with a public relations campaign: “Add Your Phone To The COVID Fight” to persuade Virginians to download the free software that will alert them when they’ve been in contact with someone who tested positive for the virus, even if that contact was weeks earlier.

It’s full of safeguards, officials promise. Your identity and location remain anonymous. The government will not pursue you if you’ve been in contact with someone who later tested positive.

Is the app really a game-changer, I wondered. Should we be worried about privacy?

To find out, I phoned my most tech-savvy friend. In fact, he’s had a 30-year career as a software engineer.  I agreed not to use his name for professional reasons.

He was skeptical. Mostly, he was concerned about how quickly the app was developed and how susceptible it might be to hackers.

“What you don’t want to be is first with something like this,” he warned. “Good apps that utilize bluetooth and other wireless technology are notoriously difficult to develop. It was made by humans and humans make mistakes.

“Someone will crack it,” he predicted. “There will be bugs in it. There always are.”

Experts say the app will work best if close to 60 percent of the population install it on their phones. The p.r. campaign will aim to persuade wary Virginians, who might be reluctant to share their health data, to download it.

That may not be easy.

In a June tech piece headlined “How To Disable Apple and Google’s Covid-19 Notifications on Your Phone,” Forbes explained that unbeknownst to many, a Covid notifications framework had been surreptitiously installed on most IOS and Android systems. The framework needs an app to work, though, the writer explained.

“A recent study by Avira suggests that 71% of Americans won’t download such an app, 88% of those aged 55 or over and 84% of government or healthcare workers. The biggest concern amongst that sample was privacy, closely followed by a false sense of security.”

My friend pointed out that the 20 to 29 year-olds who are contracting the virus are socializing and coming in contact with scores of other young people. Chances are if they all have the app on their phones, they will constantly be “popping” with positives.

“And what do you suppose they’re going to do about it?” the software engineer asked. “Nothing. They’ll wait to see if they have symptoms rather than take a test and wait as long as two weeks for the results. “

“I wouldn’t use it,” he said flatly, “ and I don’t think we’re at the point where anyone should.”