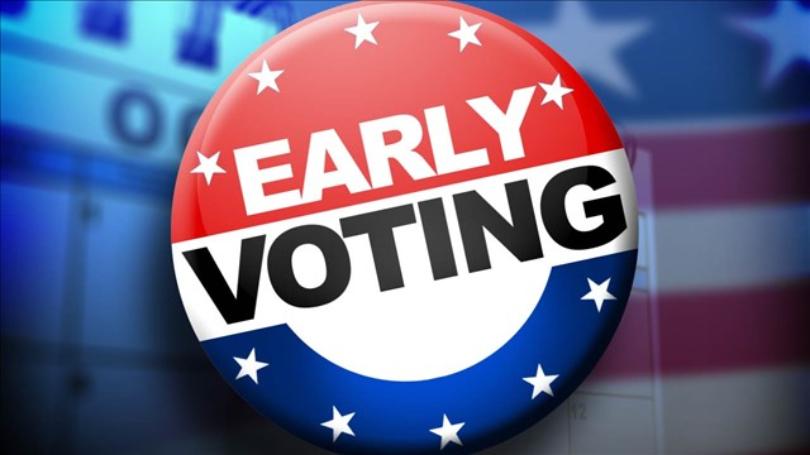 Absentee voting in Virginia way up

Absentee voting across the state is up over 60% from last year.  Last year did not have Senate and Congressional races on the ballot but did have races for Governor and the House of Delegates.

In the hotly contested 7th district 4,335 people have voted absentee compared with 2,258 last year.  From the

“They’re through the roof,” Henrico Registrar Mark Coakley said of the absentee votes so far this year.

This year, 1,226 people in Henrico have already voted absentee.

From VPAP.org, a chart showing the voting increases by county, click on the link to make it an interactive map. 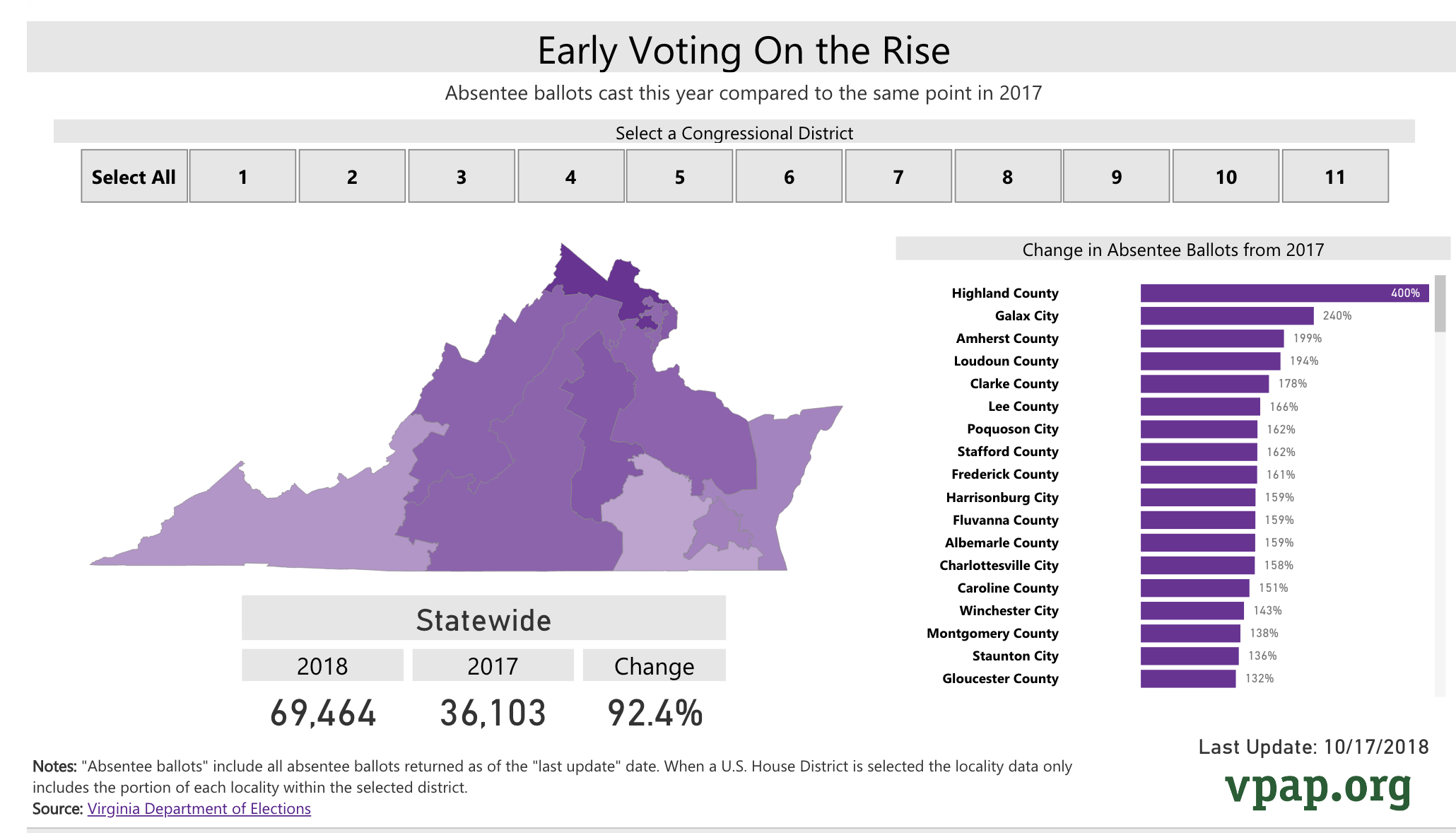