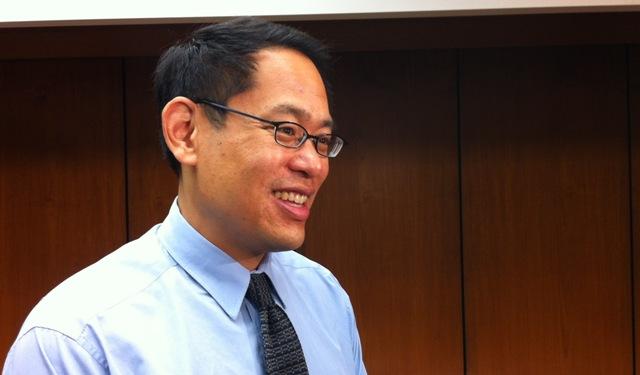 Academics seek to retract scientific study because conservative cited it

A study finding that police shootings are not racist may be retracted because it was cited by a conservative in the Wall Street Journal.

That publicity resulted in an enormous backlash against the academics who conducted and discussed the study, by progressive academics angry about its conclusions.

The first casualty of the backlash was Stephen Hsu, the Vice President for Research at Michigan State University. He was forced to resign because he publicly discussed the study, as The College Fix notes in the article “Scholar forced to resign over study that found police shootings not biased against blacks.”

As the Criminal Justice Legal Foundation notes, “Hsu’s crime was publicizing research done at his university, which is exactly what you would expect a VP of research to do. But the particular piece of research reached [an ideologically] Forbidden Conclusion.” The research was valid, but in today’s academia, “the truth shall get you fired.”

After witnessing what happened to Hsu, the researchers who conducted the study, such as Michigan State’s Joseph Cesario, are now seeking its retraction, citing its “misuse by the media” — that is, the Wall Street Journal, which accurately described the study.

But as a law professor notes, there was no reason to retract this study other than politics. David Bernstein is a law professor at George Mason University, and a legal expert on junk science and the admissibility of scientific evidence. He also is an adjunct scholar at the Cato Institute, which highlights police abuse and wrongful killings by the police.

Professor Bernstein observes that “It’s absurd to ask that a valid study be retracted b/c you think others are ‘misusing’ it. A study says what it says, and so long as it wasn’t actually flawed it shouldn’t be retracted for political reasons except perhaps under truly extreme circumstances, which this isn’t.” In discussing an alleged defect in the study, he noted that “the extrapolation” the studies’ critics “are objecting to seems to me a perfectly reasonable one.”  Given the weaknesses of the objections to the study, he agreed with a commenter who concluded that the “request for retraction resulted from a sustained attempt to discredit politically unpopular research,” rather than anything being wrong with the research.

Retracting the study will be harmful to our understanding of police violence. As Stephen Hsu noted, “Cesario’s work (along with similar work by others, such as Roland Fryer at Harvard) is essential to understanding deadly force and how to improve policing.” So these studies finding no racial bias in police shootings should be discussed, not retracted.

As a commenter observed in response to the retraction request:

This retraction is being sought for political reasons, even though the study contained valuable information. The study itself, while not perfect (no study ever is), is of better quality than most research on police shootings.

It is due to the threat of reprisals at odds with academic freedom. It comes after the Vice President for Research at MSU was forced to resign largely because he cited this study, whose conclusions offended political activists. …

So the researcher at MSU had good reason to seek this retraction, to avoid facing a similar fate.

Shootings of black people aren’t any higher than one would expect given the black crime or the black arrest rate, which buttresses research finding that police shootings are not systemically racist. The black crime rate is simply much higher than the general crime rate, as data from the Bureau of Justice Statistics and the FBI’s Uniform Crime Reports shows. Half of all murders are committed by African-Americans, who account for only 13% of the U.S. population.

Despite all this, most unarmed people shot or killed by the police are white.

It is quite obvious that most police shootings are not due to racism.

Many of the people on Twitter angry over this study seem convinced that the police kill only unarmed black people, not unarmed white people, and that police killings of people like George Floyd must be racist as a result.

But that’s wrong. Most unarmed people killed by the police are white. In 2019, 9 unarmed black people were shot and killed by on-duty police officers, compared with 19 whites. Victims remain mostly white if you expand the tally to include off-duty police officers and deaths from causes other than gun shots.

Yet the media often leave the misimpression that the problem of police killings is entirely racial.  For example, the New York Times misleadingly wrote on June 5 that “nothing changes with police killings. Gruesome, high-profile cases keep coming — Eric Garner, Michael Brown, Freddie Gray, Breonna Taylor, George Floyd, now Manuel Ellis.” Each of the six people it listed is African-American.

Not only were these killings not proven to be race-based, one of them — the shooting of Michael Brown — wasn’t even unjustified, according to a report by the Justice Department’s Civil Rights Division. As the Obama administration noted on page 82 of that report, “the shots fired” after Michael “Brown turned around were in self-defense.” Indeed, “several of the” mostly black “witnesses stated that they would have … responded” as the police officer did in shooting Brown.

The media leave the false impression that most people killed by the police are black. That’s because it spends weeks talking about the killing of black people like George Floyd, but it only briefly mentions the police killings of unarmed whites, like Tony Timpa or Daniel Shaver. Timpa died after 14 minutes of being restrained and struggling to breathe. Shaver was shot despite pleading not to be killed.

The academic backlash against the police-shooting study helps explain why there are fewer new studies finding an absence of bias in the criminal justice system — even as societal racism continues to diminish, according to surveys like the General Social Survey. Researchers used to regularly find that the criminal justice system was fair to racial minorities, in arrests and sentencing, as I explain at this link. But researchers now have an incentive to conduct misleading studies in order to reach the opposite conclusion. I give specific examples in this article.