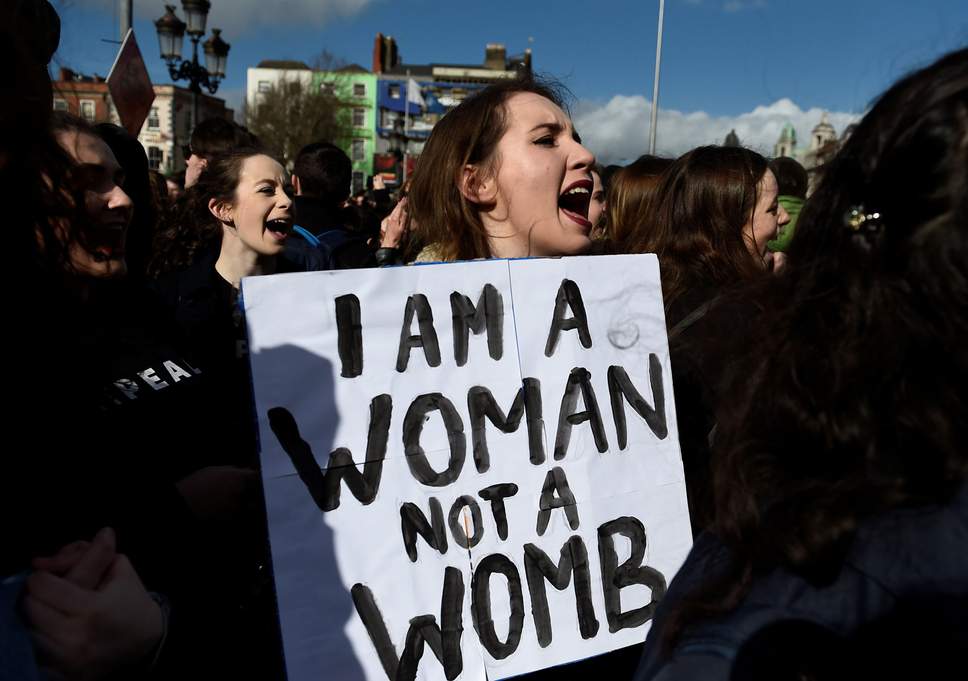 According to the left, I’m a “bad girl,” and you are too

I have a question…Did I miss the meeting where all of womankind got together and voted that only extreme left-wing females would decide what constituted “Women’s issues” and how they would be represented?

Judging by what they came up with I would imagine it was attended by an incredibly loud, misinformed, and quite frankly promiscuous group of “ladies”.

Thanks for that! After centuries of fighting for the vote, property rights, general respect and equality in the workplace, leftist women have set us back about a hundred years by narrowly defining “Women’s issues” around the concept of “consequence-less” sex and refusing to take responsibility for their offspring.

Tell me, when did the warped mindset of deadbeat, worthless men, become the battle cry of the Women’s Rights Movement? It’s as if liberal women everywhere, are getting their marching orders spoon fed to them by lecherous, aging hippie, male professors.

Note to the Democratic Party…ALL ISSUES ARE WOMEN’S ISSUES!

According to the left wing estrogen brigade, I am only allowed to think about political issues as they directly relate to my “girlie parts.”  Tell me ladies; after having REDUCED US DOWN TO NOTHING BUT A UTERUS AND A PAIR OF OVARIES; do they honestly think they are being taken seriously by anyone?

I have news for my militant left wing sisters…you are not respected, you are mocked. Your inarticulate, poorly thought-out and highly emotional tirades, cause thinking women and men to treat you like the petulant adolescents you portray.

As long as you can be appeased by manufactured platitudes and “free” abortifacient, you will continue to personify the caricature of the non-thinking, emotionally driven, weak minded female.

Your individual freedom and liberty will continue to be taken away by higher taxation, intrusive government and diminished opportunity, while you carry water for a political party that says you’re “a strong, independent woman,” just so long as you’re a “good girl” and keep your remarks relegated to the select talking points they’ve provided.

When will you realize that you surrendered the dignity of both your gender and the rights won for you by virtuous women over a century ago, by trading the dream of equality before the law, for equal depravity with those who once believed we lacked the judgment and mental capacity to be equal members of society?

It’s time to wake up, grow up and take your rightful place as a thinking individual woman, to be respected, instead of allowing yourself be used as just another easily manipulated interest group beholden to the Democratic Party.

According to the left, I’m a “bad girl,” and you are too was last modified: November 2nd, 2018 by Guest Poster Tina Freitas

Tina Freitas is a past President of The Founding Fathers Republican Women. She is an activist in the conservative movement and an advisory board member for Liberty Rising PAC, advocating for greater individual liberty, and equal protection before the law. She lives with her husband Nick and 3 children in Culpeper Virginia.