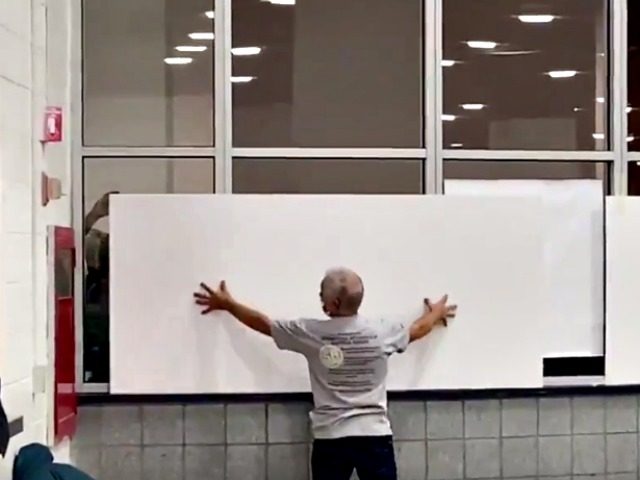 Two months ago I wrote an article entitled “Aptitude Testing,”1 in which I examined how Americans’ aptitude for radical culture-change was being tested in the areas of Law and Education. My premise was that radical elements were gradually destabilizing American society to soften us up for some really big changes ahead. I showed how rioting and organized campaigns to defund police-forces – thereby making them ineffective – were turning our entire law enforcement structure upside-down. I also showed how our educational system was being undermined and ruined by closing schools and forcing students into “virtual” learning – ostensibly to protect students and faculty from infection by the Coronavirus.

I had intended to expand on this theme by showing how disruptions of entertainment, sports, restaurant-dining, vacationing, and other leisure activities were also conditioning us for bigger changes in the operation and governance of the country. I was diverted from that intended second article, however, by other developments related to the presidential election.

No such election-developments were foreseen a year ago. American business was booming, employment was at its highest levels in history, and investment markets were reaching new highs almost weekly. 2019 was a banner year that would be remembered for a long time. All efforts by President Trump’s political opponents to drive him from office had failed, and he was cruising toward an easy re-election.

But then the mysterious COVID-19 virus struck with dire warnings of millions of deaths, calls for closure of all “non-essential” business, and orders for people to hide indoors. Overnight the economy plunged into an induced depression, with unemployment reaching levels not seen since the Great Depression of the 1930s. Investment markets crashed below their index-levels at the time of Mr. Trump’s inauguration. Democrats were humming “Happy Days are here again,” because financial reverses are always blamed on a sitting president. At last, a way had opened to defeat Mr. Trump’s bid for re-election.

At the center of news, politics and government during this “Year of the COVID” has been an ongoing epidemic scare-campaign, led by a team of “experts” who have changed directions so many times on COVID remedies and preventive measures that most of us have no idea where they stand now. (Indeed, one wonders if they know this of themselves.) Some of these savants – most notably, Dr. Anthony Fauci, Director of the National Institute of Allergy and Infectious Diseases – have become media stars by continuing to urge ordinary working people to stay home and curtail their normal social and commercial activities. Dr. Fauci has been featured on numerous news shows throughout the year. His continued stardom serves to remind us that media’s central question is always “Where’s the conflict.”

There have been so many moving parts in the COVID-crisis that a complete rehearsal in this limited space is impossible. Among the most significant financial aspects were:

With respect to politics, some of the more disruptive issues have been:

With all this going on, I didn’t expect to be analyzing far more radical developments connected to the actual election process, but here we are. Radical activists within the Democratic Party evidently decided to go for broke without any further delay. While voters were snoozing on election night – possibly thinking that Mr. Trump had been re-elected – counting-officials in Minnesota, Michigan, Wisconsin, Pennsylvania, Arizona, Georgia, Nevada, and possibly other states, executed a well-planned strategy to employ large numbers of unvetted mail-in ballots – possibly including fraudulent ballots, trucked in for counting in the dead of night – to sway the election to Joe Biden.

Obviously surprised by the extent of this campaign to steal the election, the Trump campaign has been somewhat slow off the mark. They have filed numerous lawsuits in a variety of states to demand recounts and investigations of possible election fraud, but undoing the corruption via court action will be a very steep climb. At this writing, some officials have already certified Mr. Biden’s victory in their states, and Mainstream Media have proclaimed him “president-elect.” The clock is running out.

In fact, election fraud is something like a bank-robbery. After the deed has been done, you might track down and prosecute the thieves, but you might never recover the stolen loot. As many a bank manager could tell you, it’s a lot better to prevent a robbery than to try to get the stolen money back after the theft.

Presidential election fraud has happened before – obvious corruption in Illinois, Texas and West Virginia which put John Kennedy over the top in 1960 being the most notable. But it has never been attempted on the scale of this election – probably because the number of mailed-in ballots and early votes had never been so great. Estimates put those numbers at over 80 million, nation-wide. By having the opportunity to examine so many ballots for nefarious purposes, partisans planning fraud in key precincts were probably able to bring in the ballots they needed, while destroying others, after election-day votes were counted.

On a much larger scale, today’s situation has copied Chicago Mayor Richard Daley’s celebrated strategy of importing ballots from “late-reporting precincts” to put JFK over the top in 1960. After that election, Mr. Nixon declined to demand investigations of the obvious fraud in those states, saying that it would be “bad for the country.” (It was obviously a different time.) But this time the president has pressed legal challenges in states where fraud seemed apparent. Some of those suits will probably reach the Supreme Court, but the likelihood of court-reversal of the election result seems quite remote to this observer. There has been too much time to hide or destroy the evidence.

If proof of the details and scope of 2020 election-corruption can be found, this will be the greatest election-fraud in the country’s history. And if allowed to stand, it could produce far-reaching changes in the structure and operation of our government which might be difficult or even impossible to correct.

The damage to voter-confidence in our election processes, alone, is more than enough reason to find and correct fraud which has occurred. But this will be difficult to do, so long as members and officials of one of our major political parties are willing to have their presidential candidate elected by nefarious means.

That cavalier attitude toward election-fraud is a terrible danger to our republic. Without the full confidence of both parties that a candidate has gained office fairly and honestly, our political climate will be rendered chaotic, and no president will be able to govern.

Democrats who imagine that Republicans will meekly knuckle under – while Mr. Biden preaches “unity” on his way to assuming a fraudulently won office – are whistling past the graveyard. They have no idea of the furies they will have released. They’ll also find that Americans have flunked the advanced testing of our aptitude for radical change. Most extremists eventually go too far, and in this case they certainly have.

“For among my people are found wicked men: they lay wait, as he that setteth snares…” (Jeremiah 5:26)

“Whoso diggeth a pit shall fall therein: and he that rolleth a stone, it will return upon him.” (Proverbs 26:27)