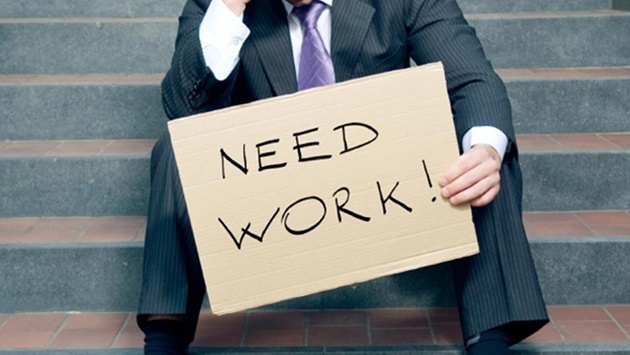 Advancing Poverty of Body and Spirit

There is no man-made philosophy that advances human suffering and poverty more ruthlessly than “progressivism;” the new euphemism for socialism – and the inevitable totalitarians that hijack it.

The historic failure of these dogmas can be counted by the many tens of millions of murdered or impoverished humans in the twentieth century alone.

Likewise, there is no scheme that produces spiritual poverty and destroys the hope of people more insidiously than those churches and religious leaders that replace the Judeo-Christian ethic with those same soul-crushing ideologies of progressivism; where eternal Truths are rejected and replaced with cultural vanities.

Since the summer of 2014, I have written three lengthy articles on the growing economic poverty in America (and the new “near poor”) linked in part to Obama’s policies (and the spineless Congressional Republicans who refuse to confront or defund them).

It’s remarkable really; the more the progressive radicals pound their collective chests about “income inequality” and “the poor,” the more we get of both. A sycophantic media doesn’t seem to notice the irony, and have largely swept the issue under the nation’s rug.

Our hyper-radical, dilettante President will leave the White House with the highest real unemployment and underemployment numbers since the Great Depression. He will also retire as the only president in history to have under 3% growth for every year of his presidency.

Last week we learned that only 38,000 jobs (760 per state!) were created in May, while March and April numbers were downgraded by 59,000. At the same time, an incredible 458,000 Americans left the workforce driving the “official” rate under 5%, yet adding to the pool of 95 million working age Americans out of the workforce.

This is another staggering indictment of how bad the economy has been, and remains.

The official unemployment numbers are manipulated, of course, to obscure the fact that millions of unemployed Americans are no longer even counted, and that the vast majority of the “jobs created” in the last seven years are part-time, not full time employment. (Part-time work now constitutes nearly 20% of the total workforce, double the historic rate since 1968, when official records began.)

Not surprisingly in light of the employment figures, the number of Americans at or below the poverty line is now nearly 50 million, or 16%+ of the population – and 22% of the children are in homes at or below the poverty line. Food stamps are at an all-time high of 50 million recipients, and 60 million children are eating free meals in the nation’s schools.

Worse still, fully one-third, or 16 million households, headed by single women are at or below the poverty line (42% of the black and 24% of the Latino households headed by women).

It is simply the “new normal,” we’re dismissively told by the politicians, pundits and the sophisticated ruling class commentators (including a surprising number of so-called conservatives) in our media who, of course, don’t have to live in the economy they are promoting.

If Obama’s progressive legacy were only the crushed economy and new poverty, it would be damning enough. But, he and his minions have facilitated a shocking blow to the civil order; they have delighted in stirring racial strife, and aided by legions in the “progressive” religious communities and egged on by progressive religious leaders – including the Pope – the radicals have breached the walls that protect human liberty and dignity.

The contradictions of the new order are stunning:

This era’s militant radicals (joined inexplicably by “corporate” America) demand that everyone must affirmatively assent to the deconstruction of the family unit, both by legally dismantling of the Sacrament of marriage, and by the legal assaults on gender; specifically the diminution of the unique and irreplaceable role of women and motherhood in the human family. And we must celebrate all of this as perfectly normal, even wholesome.

At the same time we’re told that there is no unique status for the millions of aborted children ripped from their mother’s womb, or the child chopped up and sold for parts in a Planned Parenthood facility.

Then we’re told that this same society’s sensibilities are so delicate that it cannot tolerate a prayer at a graduation ceremony, a Christmas tree celebrating a season, much less a crèche glorifying a Savior. Freedom of religion is now freedom from being confronted with any positive value whatsoever.

The government schools eagerly embrace curriculum that requires students to study the seven pillars of Islam, and recite the Shahada (the Islamic creed) and celebrate it as something other than what its application proves it to be every day around the world. However, we must strip the Ten Commandments, or the offensive Cross or Menorah, from every school and public building so that no innocent eye will be blinded by them. Or worse, wonder at them and their ageless appraisals of the human condition.

People who come to our country illegally – or “refugees” secreted into our states with great moral preening and posturing – are instantly pronounced noble and showered with benefits and healthcare and educations that some citizens can’t get. They are celebrated by churches and non-profit organizations, who take in tens of millions of tax dollars for resettlement services while calling themselves “charities.” Americans whose jobs are diminished or lost, or whose communities are turned inside out and complain, are called racists, xenophobes, even though many hurt the most are minorities themselves. Their poverty is less important, their worth graded on a curve.

This is the poverty of body and spirit that comes when societies and men turn to themselves, to their own ways, and count them as good; when they abandon the transcendent for the fleeting approval of other men; and when they become experts at using the law as a weapon to loot the public treasury and protect their ruling class positions.

All of this propelled Donald Trump to his Party’s nomination, of course. Trump may be an imperfect candidate and a questionable “conservative.” Perhaps he is a weak Christian. But he understands that the nation is rapidly becoming economically bifurcated; those with power and those with none. Trump has been able to articulate the sense that the nation is on the cusp of slipping from prosperity and that its institutions themselves, are at a war with the citizens.

We have a new generation of masters in America that Trump has identified in both parties – who see themselves citizens of a global world, not as Americans first. They talk in double speak, with very little emotion and no empathy at all for the untold millions of Americans trapped in poverty or crumbling middle income jobs. They have no more significance to the new rulers than does a packing slip on a box. They are simple codes of information.

Whatever his failings, in these matters Donald Trump may be the only hope we have, short of the unthinkable, to start the long road of making America great again.

The test for American patriots and orthodox religious leaders will be whether they can seize the opportunity 2016 presents to shed the PC babble, put boots on the ground and start fighting the darkness as well as they complain about it.

It’s stunning to me that this continuing and non improving economic and jobs issue (cycle after reporting cycle) generates hardly a squeak of comment from the party out of the executive office and even more stunning hardly a comment or piece of legislation (proposed or otherwise) out of the Republican congressional majority. No one seems to care about the staggering 192M plus number of Americans out of the job market today we just live in the dream land of an Obama administration massaged quarterly unemployment number that is a totally meaningless statistic to gauge the existing employment picture.

We had what will likely be (after the post quarterly adjustment) a NEGATIVE job growth figure this past reporting cycle and outside of a few business orientated publications it generated hardly a ripple in the media cycle or comment from either political party. Living on debt and negative job growth seems to have become somehow the acceptable norm. The fall when it comes (and it will come) will be massively painful and yet we just sit in a seemingly state of inertia.

Another excellent essay, Michael! Any vote cast for other than the Republican nominee will help gun grabbing, tax raising, “refugee” multiplying Hillary.