Small business owners across the nation, who provide two thirds of all jobs in America, are now firmly in the grasp of the â€œPatient Protection and Affordable Care Actâ€ (PPACA) stranglehold. The health insurance plans they had been enjoying for years, and had been promised they could keep, are being cancelled on the grounds that they do not meet the requirements of the PPACA. There are some cases where health insurance providers are pulling out of specific states all together leaving people no option to continue. Ironically the architects of the PPACA presume that the government knows better than you do what you need in a health insurance plan. 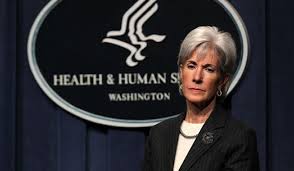 Upon reviewing what has transpired one could conclude that the objective of the PPACA was to steer the masses toward a single-payer solution. I believe that this outcome, likely one of the consequences of the PPACA, fails to recognize the impact that the Act has had, and will continue to have, on entrepreneurship in America and how that same fate lies less than a year away for employees in corporate America. Employers of 100 or more are required to comply by 2015. In 2016 the last pieces fall into place when businesses employing between 50 and 99 employees will also be responsible to pay the penalty calculated monthly per employee. The â€œEmployer Shared Responsibility Paymentâ€ commonly known as the employer mandate fee of $2,000 is collected annually by the IRS from companies not offering health coverage for â€œFull-Time Equivalentâ€ (FTE) employees. 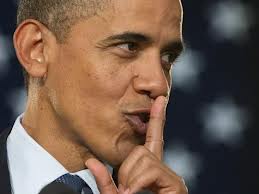 when in reality it opens the door to two devastating consequences for the employees of the 96% of US firms who fall into this category. But before we discuss those, letâ€™s be sure we understand what it means. The Act defines a full-time employee as someone who averages 30 or more hours per week and provides that part-time employees are counted as partial employees for determining whether the employer has 50 FTE employees. Because donâ€™t forget, the â€œequivalentâ€ in FTE means that all of the firms employeeâ€™s hours are added together then divided by 30 to determine the number of FTE employees they have. That being said, the first impending consequence is that companies that are above this 50 FTE employee threshold will have an incentive to cut positions in order to take advantage of this exception, casting more skilled workers into the unemployment lines. Secondly, every company that manages to shrink or divide to qualify will leave untold numbers of people with only two options, private coverage, which (thanks to PPACA) is now astronomically expensive, or sign up for PPACA. All of these people wonâ€™t be able to avoid considering the advantages of being employed by the government instead. As a result there will be an exponential increase in demand for government jobs resulting in a growing tolerance for federal government expansion.

I am not usually one who subscribes to the â€œthere are no accidentsâ€ doctrine, but in this case I am forced to consider its merits. An Act is authored without bipartisan input. Democrat Senators who oppose it are bought off with carve-outs and set-asides to preserve the super-majority. A bill that canâ€™t pass the House is passed on a party line vote in the final hours of the Senate session setting the stage for the passing of a Reconciliation Act in the House to address the ethical and budgetary concerns necessary to entice the few hold-outs among the Democrat ranks and push it through thus avoiding exposing the Senate bill to further scrutiny. The resulting law will drive people to seek employment in the federal government as a result making federal government growth more palatable. The Democrats demonize the success of private corporations, believe that individuals left to their own devices will make bad choices and that state sovereignty is a hindrance to social justice. It looks to me to be the actions of a purpose driven initiative to achieve a goal that would have failed if it had been exposed to the full light of day.

The individual mandate aspect of the PPACA is but the first salvo in the assault on the private sector. The corporate mandate will further squeeze non-government workers, pushing people to seek employment with the government in pursuit of the type of affordable, predictable and reliable health coverage they once knew.

Michael â€œSpikeâ€ Williams is a Fairfax County activist and noted spokesperson on NOVA area economic growth, property values, and real estate trends. Spike is a former candidate for the Fairfax County Board of Supervisors and the past Hunter Mill District Chair for the FCRC. Spike lives in Herndon with his wife and daughter. Spike and his wife Julie own and operate Williams Realty, LLC. and run a blog for real estate related issues in the Northern Virginia area, http://spikeandjulie.wordpress.com/