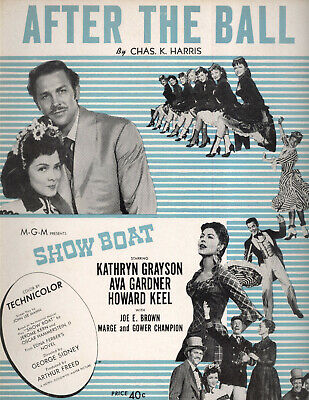 “After the ball is over,
After the break of morn –
After the dancers’ leaving;
After the stars are gone;
Many a heart is aching,
If you could read them all;
Many the hopes that have vanished
After the ball.”

These are lyrics from the famous song written in 1891 by Charles K. Harris. It was included in a particular scene of Showboat, which I sang in more years ago than I care to count.

Those melancholy words came to mind recently, as I heard one commentator after another, plus numerous politicians, wax lyrical about the glorious future that will surely follow Republican electoral victories in the mid-term elections next Tuesday, for Congressional seats and various states offices. Finally (said those worthy spokespersons) everything will be set right, and normalcy will return to the country.

Of course, we all know that the Democrats – especially Joe Biden – that voters elected to replace (the hated) Donald Trump have messed up royally. Some 5 million illegal immigrants have streamed across open borders, into the country, in less than 22 months; inflation is hitting levels not seen for 40 years; the national economy is in the dumpster; public schools are replacing the three Rs with radical race- and gender-theories; and Joe Biden is on a jihad against any use of hydrocarbon fuels, including gasoline-powered cars. Once beautiful cities – now befouled with smelly homeless encampments and discarded drug-needles – are awash in crime.

On the political scene, while Joe Biden desperately runs round the country proclaiming that “all is well,” analysts are reporting large-scale movement into the Republican column by demographic groups that have long been considered reliable votes for Democrats at the national, state and local levels. Ordinary folk who believed Democrats were the “party with a heart” – the down-to-earth pols who looked after the common man – are finally realizing that this is no longer true. As voters usually do, they are preparing to vote their pocketbooks, while ignoring Democrats’ desperate cries that abortion is the real answer to their problems, and gender-modification surgery on children is the key to a happy future.

Don Corleone famously asked the other dons and capos, “How did things ever get so far? It was so unfortunate, so unnecessary…” In our case, that question is unnecessary. How we got here is entirely clear. Voters got snookered into believing that style was everything in a president. Donald Trump was bad and unsuitable because he didn’t act like Democrat-aligned media-critics thought a president should act. His style was all wrong. But Good Old Joe Biden – the 2020 “basement candidate” – would bring things back to normal. We knew he was a reasonable, moderate guy who would put things right. It would be glorious.

Well, it was glorious, all right. Good Old Joe certainly put things right. Our problem was that everything we “knew” about Joe Biden wasn’t true. He wasn’t “moderate,” and he certainly wasn’t the smartest guy in the room. Instead, he was 77, going on 100, and generally acted like he didn’t know where he was.

Moderate Joe immediately stopped construction of the Keystone Pipeline, and put clamps on new oil production. He spent trillions of printed dollars on wasteful projects that he said would stop climate change, but did nothing of the kind. He paid millions of people so they wouldn’t go back to work. And he drew down half of our Strategic Oil Reserve in an effort to bring down gasoline prices, so his party won’t get hammered in the mid-term elections. Thousands of experienced soldiers have been booted out of the armed services because they refused to take the COVID vaccine-shots. Reporters not yet dry behind the ears are instructing us on how to survive a nuclear attack. Pretty glorious, eh?

Official records show that as of November 3, 2022, Joe Biden has signed 104 executive orders, 109 presidential memoranda, 352 proclamations, and 65 notices. Dr. Phillip J. Cooper, a professor of public administration at Portland State University, has noted that “…the ‘memorandum’ is now being used as the equivalent of an executive order, but without meeting the legal requirements for an executive order.”

This means that Joe Biden has been ruling by diktat for 22-months. So even if Republicans gain control of both houses of Congress, it will be the Devil’s Own Job to turn things around very quickly – if at all. Republicans can go to the Supreme Court to contest some of Joe’s executive orders, and might try to rescind some of them via Congressional action. Passing such legislation is a time-consuming process, though, that will probably end in presidential vetoes. A 2/3-majority in each house of Congress can override a presidential veto, but some Democrat votes would probably be needed to accomplish that. Weeks could be spent trying to overturn just one veto. In Congress, the wheels turn very slowly when the majority party doesn’t have the presidency.

Congress holds the Power of the Purse, so they might be able to undo some of Biden’s undesirable actions by cutting funding. Again, though, this would mean passing legislation which might be vetoed, unless it can be crafted to include spending that Joe Biden would not wish to veto. All this would require considerable political sophistication from a brand-new Speaker of a new-majority House, where the Constitution says spending bills must originate.

Political chops at this level are gained only by experience. Legendary Sam Rayburn (D-TX) served as House Speaker for 17 years, from 1940 until his death in 1961. Tip O’Neill (D-MA) served as Speaker from 1977 to 1987. Both men achieved success, over long careers, by working productively with House members and presidents of both parties.

As I have noted in previous writings, Democratic governance came to be regarded as “normal” by both parties over a 62-year span, from 1933 to 1995. Republican rule was regarded as an anomaly, and to some extent is still thought of in that way by many serving politicians, including Joe Biden. Both Sam Rayburn and Tip O’Neill presided during that “normal” era, but political dynamics between the parties are much different now. A Republican Congress will have to operate in a hostile environment that Rayburn and O’Neill never knew, as it tries to restore the economic health and national security of the country.

This means that things are going to move very slowly, and there will be a deuce of a political scrap on the road to recovery. Americans aren’t very patient about these things, and they are often receptive to claims by the out-of-power party that they will put things right. That’s why voters are turning to Republicans now, and why they’ll again look to Democrats if things aren’t getting fixed quickly.

I titled this piece as I did because many voters are going to experience that “after the ball” depression, once the election-high is over and the cold reality of slow recovery sets in. Democrats didn’t accidentally fumble us into recession, inflation, high energy prices, radicalized public schools, crime, international weakness, and the threat of war. Nobody is that inept. They did it on purpose, for reasons that make no sense to millions of ordinary citizens who just want a safe, productive environment in which to live, work, and raise their families.

I’m writing here to caution my readers, whose hearts may be “aching” when the politicians on whom they pinned so much hope don’t seem to be working the miracles they hoped for. Words are cheap, and style is never a reason to elect someone to office. Policies and actions must be the paramount reason. If we come out of this mess with that understanding, we’ll be way ahead of the game.

“Our Constitution was made only for a moral and religious people. It is wholly inadequate to the government of any other.” (President John Adams, ca. 1798)

After the Ball was last modified: November 6th, 2022 by Woody Zimmerman

Congress can go after individual members of the Biden administration. Just going after funding is too nice. The Democrat go for the jugular = see the Trump situation. We have to make these anti-Americans more than uncomfortable.