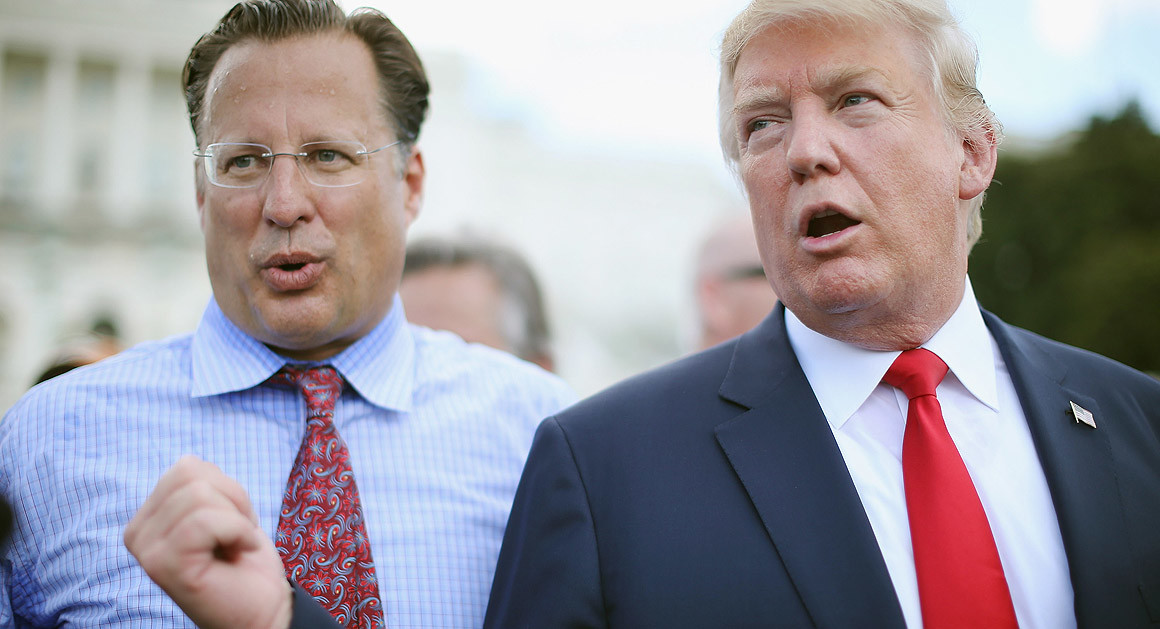 First let me say that I am a conservative, and I didnâ€™t vote for Trump in the primaries. I did vote for him in the general election. However, I think I now understand why Trump voters donâ€™t like conservatives.

Yesterday, the Ryan-Trump ACA repeal and replacement bill went down to defeat in large part due to opposition from the so-called House Freedom Caucus. This is a group of 40 some conservative members of the House of Representatives.

The HFCÂ is a group of well-meaning members, and I believe they are conservative, but they were never cut out to be legislators. They belong at think tanks where they can do studies and write white papers, give speeches, organize policy luncheons and other such non-productive activities.

They donâ€™t have the ability to affect policy, or to govern or persuade. They can only talk, pontificate, and oppose. While I philosophically agree with much of what the Freedom Caucus believes, I think mostly their remaining in Congress is a waste of a desk and a chair. Honestly, do you think the likes of Rep. Louie Gohmert could get anything done in Congress?

The Trump voter is a very different type of person. Â The Trump voter works for a living, has responsibilities, and must produce results. They donâ€™t work in politics, rather they make and build things. They have no interest in going to Federalist Society luncheons, or Heritage Foundation seminars.

The Trump voter wants to get things done. They want results that will improve our country. The Ryan-Trump plan would have improved our healthcare system and its passage would have given a boost to the economy. But the Freedom Caucus would not go along. They have a Walter Mitty-like fantasy for the perfect bill, which of course won’t pass. No matter…they will stick with the elusive perfect bill.

The Freedom Caucus delusions remind me of the Great Gatsby line:

“Gatsby believed in the green light, the orgiastic future that year by year recedes before us. It eluded us then, but thatâ€™s no matter tomorrow we will run faster, stretch out our arms farther…. And one fine morning â€”
So we beat on, boats against the current, borne back ceaselessly into the past.”

Honestly, if the members of the Freedom Caucus were able to remain in Congress for the next hundred years they still would not be able to pass any significant pieces of legislation.

But no matter at least they can say they kept their principles.

He grew up in Unfair tax county you expect he knows anything about
Conservative?
lol

You majored in government:

What authority does the fed have to interfere with my medical care?

Why won’t the house simply pass the repeal bill they already passed once in 2015? (it has a two year transition)

What qualifies people in D.C. to make medical decisions for 320 million individuals?

Are the best qualified people in charge, or just the ones with the most political clout?

This post sucks. It sucks because the second something didn’t go your way, you go right at attacking one faction of the party. Never mind the fact that Democrats put us all in this position, just throw fellow Republicans right under the bus and help the Democrats with a “divide and conquer” strategy.

This happens in the party because it has become acceptable. #FixOurParty

This is the worst analysis I have seen in a long time. And I’ve seen some real doozy losers.

Sorry to say, this piece is a most forgettable essay. Just for David Sheppard’s information, if Dave Brat voted against RINOcare, there was likely an excellent reason: Brat is the only U.S. Congressional member with a Ph.D in economics, which (if I may so boldly suggest) makes him far more qualified than Mr. Sheppard to give it a “pass”, or a “fail”.

The solution, abandoned by too many Republicans in the House, was repeal in one bill and then a minimal set of very specific replacement bills down the line. In trying to cluge together a monstrosity of complexity they lost sight of what was good enough.

This is the problem with the modern politicians of both parties. As a nation, America was designed to minimize government interference in people’s lives. The Democrat Party leadership is now nothing more than anti-American global socialists. Unfortunately, too many Republican leaders echo Democrat sentiments.

Not all of us early Trump supporters are knuckle-walkers. It IS possible to be for limited government AND support Trump.

And if the Freedom Caucus was all that smart, why’d they endorse globalist Ryan as Speaker twice now?!

It was insane to go along witih Speaker Ryan’s asinine premise, “It’s now or never” to fix healthcare insurance. We can now let Obamacare collapse – as it WILL – and cobble a free-market solution from its ashes.

Why they went along with Ryan twice? Because of those who wanted, or would accept the job, and could pass the vetting process, Ryan may be the only one. Certainly a very limited number.

Hey, could she be worse than Ryan? She is the Anti-Nan!

I would like to see a decent Republican running the show.

“They donâ€™t have the ability to affect policy, or to govern or persuade.”
They just did. They helped defeat a horrid bill. Sometimes doing nothing is better than doing the wrong thing. This will be revisited, hopefully something much better will be passed.

They hate Conservatives because they, like President Trump, are not.

Pease rewrite, my pithy response doesn’t work because the “they’s” are confusing.

You really think that the backbone, heart, and soul of America, that elected Trump are not, but rather instead, hate Conservatives?

They are MORE Conservative, MORE Republican, and MORE Constitutionalist than our usual suspects.

They care, they show up, and they win.

If we are indeed fortunate enough to recruit them into our party, they along with President Trump, will save our party from our adversaries and more importantly, from ourselves.

I think they, Trump voters ;), are wantabe puppets of their esteemed leader. He, President Trunp, has very little history of conservative leanings and has little intention of being “conservative” in the present or future.

Saying and doing are two different things. I hear what he’s said, (both pre and post election/becoming a “republican” in the last what, 2 years?) and I also see what he has done. What part of what he has done other than defeat Hillary would fall under the umbrella of conservatism? And I’m not just referring to his time in office.

Defeating Hillary is the job that no other Conservative/Republican could do.

That alone makes him the best thing since Reagan.

Mr. Shephard obviously doesn’t truly understand those whom he criticizes. Many of the HFC members were Trump supporters in the election, and remain so today. They simply disagree on various parts of this and other legislation.

Mr. Shephard may have lost sight of how a Representative Republic works, or maybe like our political opposites, he feels the electorate is too stupid to understand how sausage is made and that they should stay at work and let the lobbyists and elected representatives do what they do.

My take on HFC members is that they were (and will continue to be) people that work hard for a living, with real jobs, and have to provide results to those to whom they answer â€“ clients, bosses and now their constituents.

It’s probably true that they didn’t work in politics, that they don’t want to attend luncheons, etc. What they do want is what the rest of us want â€“ which probably includes David Shephard.

They want results that will improve our country.

Wow, how’s the view from that high horse? Your way of thinking is EXACTLY what we are not voting for anymore.

You did see that Ed Gillespie is running for GOP nomination for Governor right?

I want my time back from reading most of this nonsense. Seriously….what the hell is wrong with so many people?

Jeanine, where do you get these people?

What is really funny? The number of cowardly Rep.’s who when they saw Trump was going down in a defeat, jumped on the bandwagon with the about 10 conservative Republican members of congress who would not budge. Other than these about 10, the rest of the Republicans in congress are nothing more than Wall St. puppets, led by an idiot named Ryan.

Do not think this is over. It would not surprise me if behind the scenes, Trump, and his Wall St. buddies are not working right at this very minute on screwing the middle-class out of what little healthcare they got left. This ain’t over, it’s just getting started.

The secret of TBE is to use a few contributors for chum articles in order to extract incredible political wisdom from the more gifted and talented commentariat.

So many can be enlightened and illuminated for free!

But can I make them drink?

This is, by far, one of the dumbest things I have ever seen posted in quite a long time. The author clearly shows his lack of understanding in what it means to be a representative of the people if he thinks that principles are to be sacrificed just so we can “get things done,” especially something as bad as Trumpcare.

Keep in mind, this was written by a lobbyist according to his bio. If you people cannot not see what you are up against with this guy, there is no hope for you. The checkbook carrying lobbyists whores lost round one.

Mr. Sheppard, if you really are a lobbyist in Richmond, why can’t I get your name to come up in the Virginia Registered Lobbyist Database?

A Freedom Caucus must not only have the best answer but must persuade other members and constituents that their way is best, right, and just.

2) The fact that they have such a slight membership tells you more.

Our Republicans ran on removing Obamacare, they won.

Our ‘Cuckublicans’ want to game the remove (to replace, and fix, and have compassion and show that they too care) in order to gain political advantage. Enough savvy Republicans, Freedom and otherwhom, were willing to stop them…. this time and place.

But next time they just might not be fortunate enough to have Barbara Comstock backstopping them.